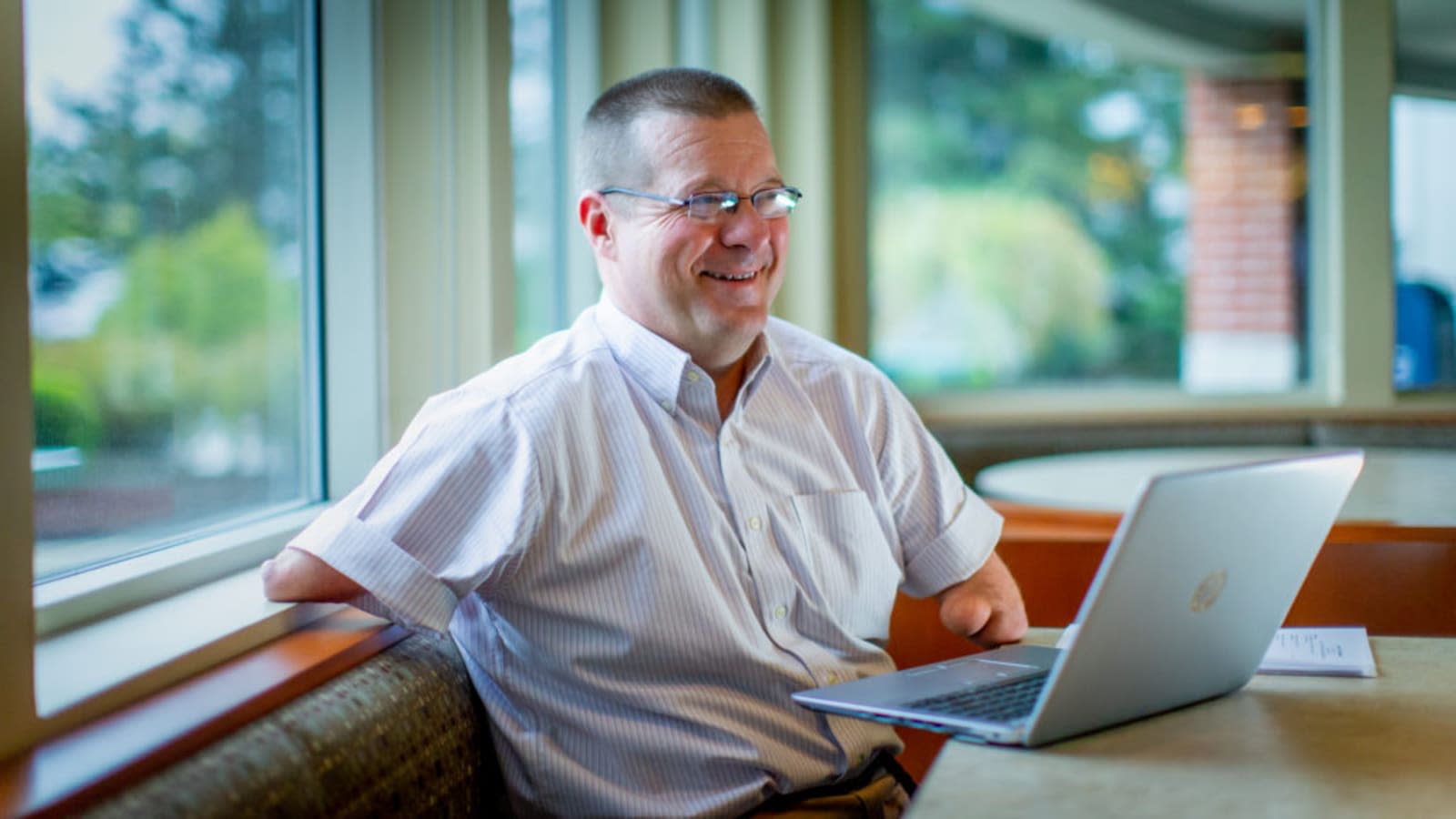 Today marks the eighth annual Global Accessibility Awareness Day, and for the second year, Microsoft is awarding grants to AI projects meant to make the world more inclusive. The grants are part of a five-year initiative that will invest $25 million in AI-based accessibility tools. This year, seven recipients will receive access to the Azure AI platform (through Azure compute credits) and Microsoft engineering support.

Over the next year, the recipients will work on things like a nerve-sensing wearable wristband. That device detects micro-movements of the hands and arms and translates them into actions like a mouse click. Another project seeks to develop a wearable cap that reads a person's EEG data and communicates it to the cloud to provide seizure warnings and alerts. Other tools will rely on speech recognition, AI-powered chatbots and apps for people with vision impairment.

This year's grantees include the University of California, Berkeley; Massachusetts Eye and Ear, a teaching hospital of Harvard Medical School; Voiceitt in Israel; Birmingham City University in the United Kingdom; University of Sydney in Australia; Pison Technology of Boston; and Our Ability, of Glenmont, New York. "What stands out the most about this round of grantees is how so many of them are taking standard AI capabilities, like a chatbot or data collection, and truly revolutionizing the value of technology," Microsoft's Senior Accessibility Architect Mary Bellard said in a blog post.

Internally, Microsoft is doing its own work to make the world more accessible for people with disabilities. Earlier this month, we saw patent designs for an Xbox controller with Braille inputs. The company highlighted accessibility in its Super Bowl ad, and it's committed to improving VR for people with vision problems.

In this article: accessibility, ai, azure, gadgetry, gadgets, gear, global accessibility awareness day, grant, medicine, microsoft, tomorrow, wearables
All products recommended by Engadget are selected by our editorial team, independent of our parent company. Some of our stories include affiliate links. If you buy something through one of these links, we may earn an affiliate commission.