Like Cadillac's Super Cruise, the driver still has to pay attention.

Nissan's ProPilot driver assist could comfortably control the car with little to no input already, as Autoblog experienced on a road trip last year, but it still required a driver's hand on the wheel. Now the company has announced ProPilot 2.0 will launch first on its Skyline sedan in Japan, which supports hands-off driving within a single lane. Nissan says its next-gen driver assistance system is a world's first, but we've seen similar technology from Cadillac's Super Cruise over the last two years, which also allows for hands-off operation as long as the car doesn't need to change lanes.

Like Super Cruise, even though the driver can keep their hands off of the wheel, the system is monitoring to make sure they're paying attention to the road and presumably ready to take over if necessary. It also combines the car's own sensor data with 3D high-definition LiDAR maps previously collected for supported routes, just like Super Cruise. 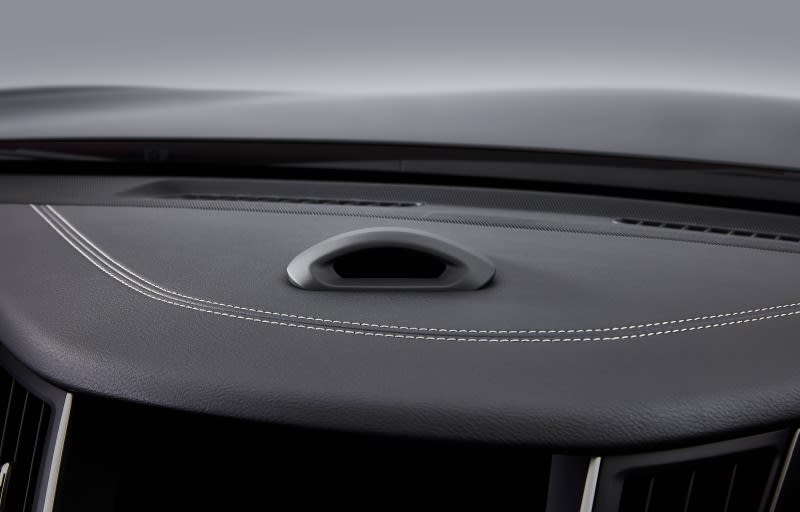 This is the Driver Monitoring System camera for Nissan's ProPilot 2.0.

Nissan's focus is on its use of "navigated" highway driving. Similar to the way Tesla's Navigate on Autopilot is starting to handle ramp-to-ramp highway driving, it combines with the navigation system, albeit with prompts for lane changes or passing. If the car comes up on a slower vehicle and decides it should pass, the driver confirms that by putting both hands on the wheel and pressing a button, or activating the turn signal to make a lane change. Once it's time to leave the highway, the system prompts the driver using audio and visual cues to take back control. Skylines with the new system will arrive this fall, but there's no word on when it will be available in other regions or on other cars. All products recommended by Engadget are selected by our editorial team, independent of our parent company. Some of our stories include affiliate links. If you buy something through one of these links, we may earn an affiliate commission. All prices are correct at the time of publishing.
Nissan's ProPilot 2.0 driver assist allows hands-off highway driving
autonomous
driver assist
gear
Japan
Nissan
ProPilot
ProPilot 2.0
propilot assist
Skyline
tomorrow
transportation