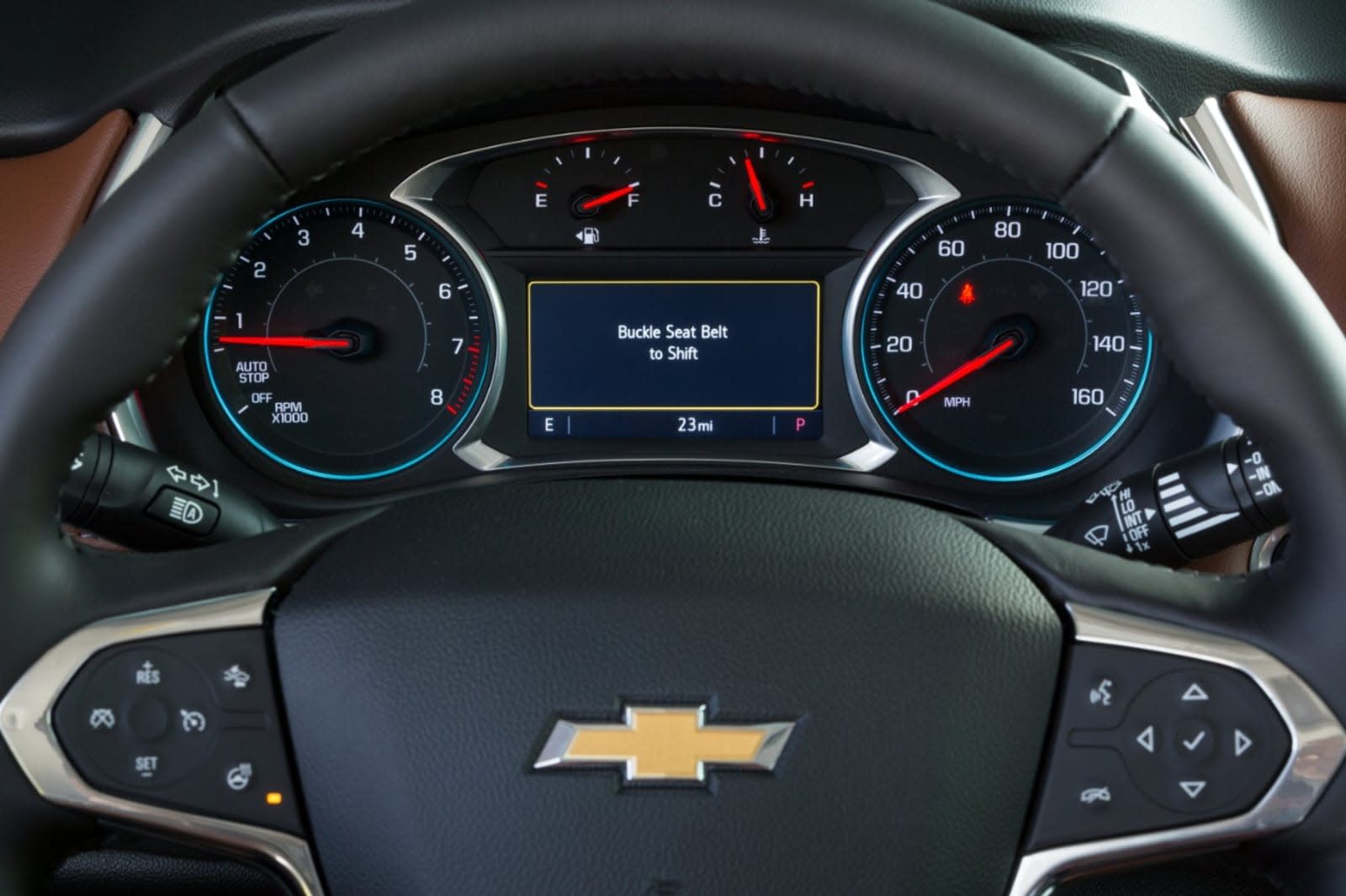 Because a chiming dashboard alert isn't enough to get teens to buckle up, Chevrolet introduced a new feature that prohibits drivers from shifting out of park until their seat belt is fastened. The "Buckle to Drive" system includes visible and audible alerts, and the company says it's an industry first. It only runs when Teen Driver mode is active -- so adults can risk driving seat belt-free if they choose -- and it will be standard in the 2020 Chevrolet Traverse, Malibu and Colorado.

Chevy does have a compelling reason to add the feature. According to the National Highway Traffic Safety Administration, seat belts are the best way drivers can protect themselves in a crash, and teens consistently have the lowest rate of seat belt use.

Buckle to Drive builds on Chevrolet's other Teen Driver safety features -- like automatically muting the radio until the driver and front passenger's seat belts are buckled and allowing parents to set speed warnings. The system also creates report cards that track metrics like distance driven and the number of times safety systems are activated. While teens might roll their eyes at a car that tells their parents when they speed, the technology could, theoretically, keep them safer.

In this article: alert, buckle to drive, chevrolet, chevy, colorado, driver, driving, gear, malibu, safety, seat belts, speed, teen driver, teens, transportation, traverse
All products recommended by Engadget are selected by our editorial team, independent of our parent company. Some of our stories include affiliate links. If you buy something through one of these links, we may earn an affiliate commission.