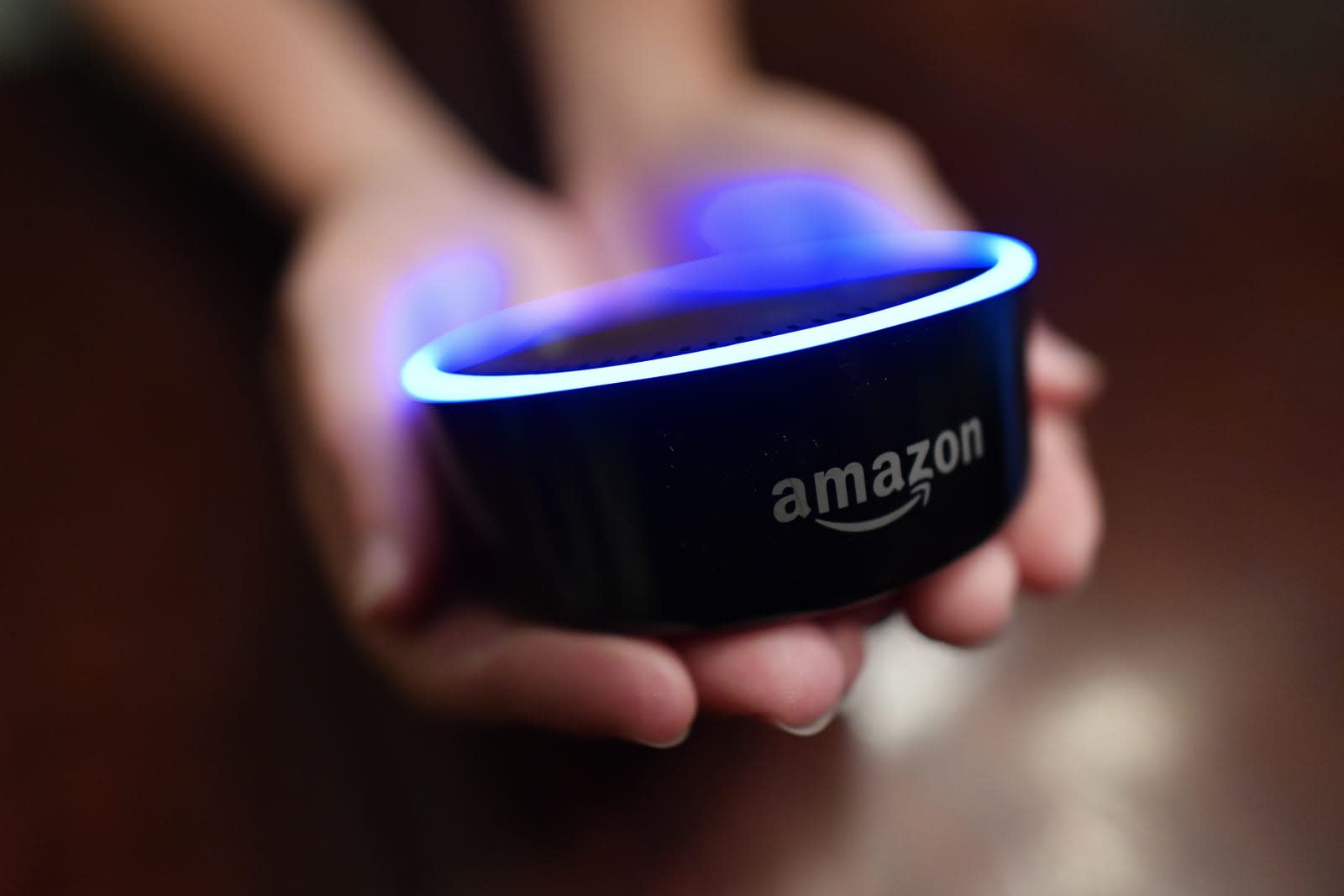 A patent made public today and filed by Amazon would allow the company's voice assistant Alexa to start recording audio before users say a "wake word." According to the patent, it would allow users to more naturally communicate with their devices, saying phrases like "Play some music, Alexa" rather than starting each command with "Alexa" or another chosen wake word. Currently, the voice assistant is unable to listen to or understand commands until the user utters the wake word.

In practice, the patent would allow Alexa to "look backward" at recent things said aloud prior to hearing its name. For example, if a user said something like, "What's the weather going to be like today, Alexa?" the device would hear the trigger word "Alexa" and quickly go back over the prior phrase to process the command. To accomplish that, the voice assistant would constantly be recording, storing and processing speech, then quickly deleting it if it is not relevant.

Such a feature, if implemented, would provide considerable privacy concerns for users. The patent attempts to account for that, giving users the choice to allow Alexa to record and store audio for between 10 and 30 seconds at a time.

"The technology in this patent is not in use, and referring to the potential use of patents is highly speculative," a spokesperson for Amazon told Engadget. "Like many companies, we file a number of forward-looking patent applications that explore new scientific ideas that may not make it into customer-facing products. Patents take multiple years to receive and do not necessarily reflect current or near-future state of products and services."

If the patent ever were to make its way to your Alexa, the recording limit still may not be enough for some people. Amazon has already shown on several occasions that Alexa recordings aren't as private as you may think. Recent reports revealed that Amazon employs a team of people who listen to and process Alexa recordings -- and those auditors may have access to potentially personally identifiable information including location data. Amazon has also accidentally sent a user someone else's Alexa recordings and was ordered by a court to surrender audio from a person's smart speaker as part of an ongoing trial.

In this article: alexa, amazon, Amazon Alexa, amazon echo, gear, patent, security, services, voice recording
All products recommended by Engadget are selected by our editorial team, independent of our parent company. Some of our stories include affiliate links. If you buy something through one of these links, we may earn an affiliate commission.