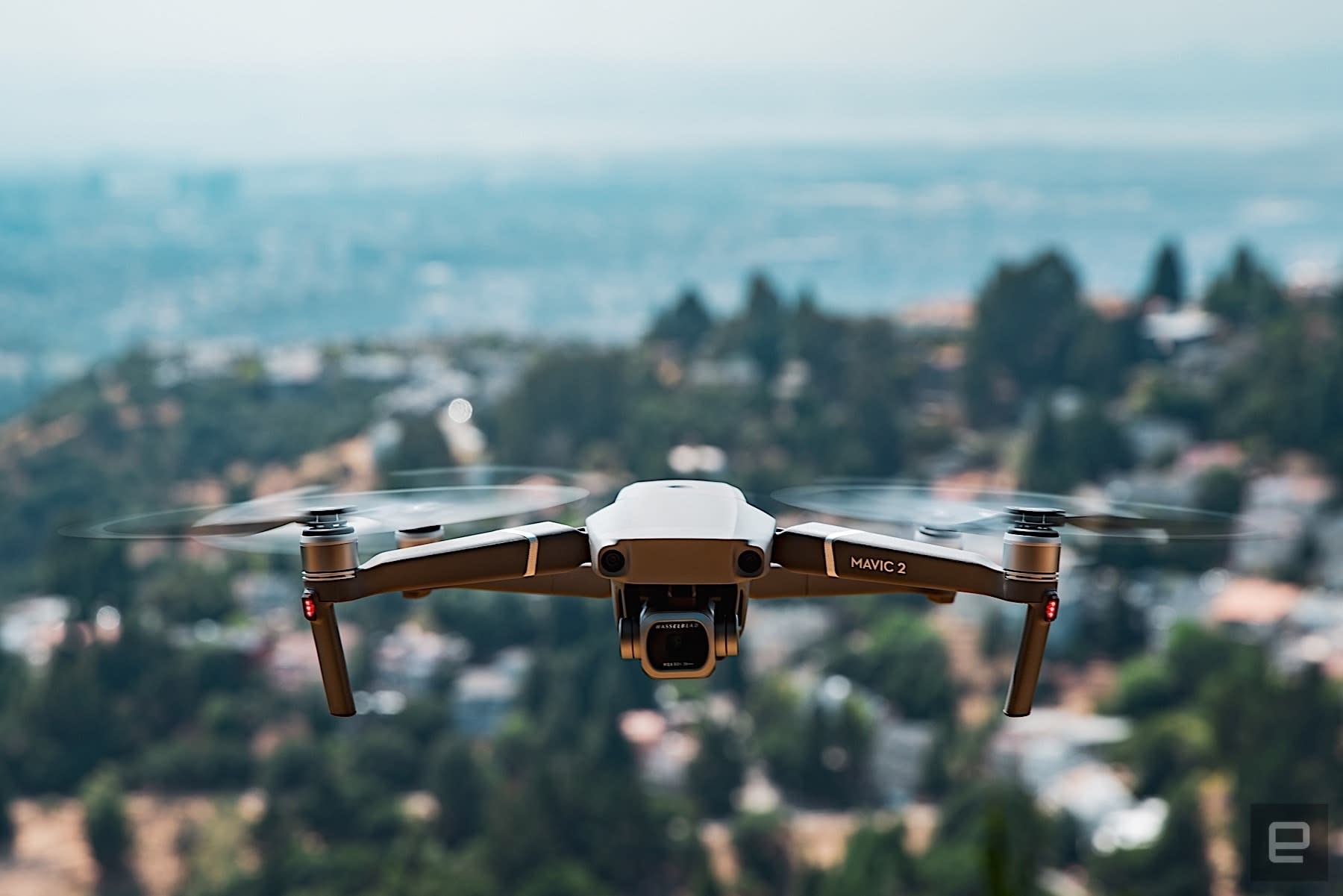 DJI has announced that all its consumer drones over 250 grams will use "AirSense" tech to help operators see and avoid airplanes and helicopters. They'll be equipped with so-called ADS-B sensors already installed in many aircraft and air traffic control (ATC) towers. Drone pilots will be able to see air traffic on their controllers and take evasive action if the system will warns of any potential collisions. "ADS-B was designed for airplanes and helicopters, but already there are more drones in the sky than any of them," said DJI VP of policy Brendan Schulman.

ADS-B has gradually rolled out over the last decade to ease the burden on the air traffic system in North America. It's more accurate than radar for air traffic controllers, and allows pilots to detect and avoid other aircraft, reducing the odds of a deadly mid-air collision. The system can track multiple aircraft at a time at a range of over 200 miles.

ADS-B will be required on all aircraft in the US and Canada by 2020, but not drones. However, Schulman said that DJI wanted "to be a good partner in the use of airspace," so it decided to incorporate the tech into nearly all its products. It appears that they'll not be equipped with transmitters, so traditional aircraft won't be able to see the drones. That's probably a good thing, though -- the sheer number of drones might overwhelm the system.

DJI already has ADS-B on drones like the Mavic 2 Enterprise, so it has some experience with the system. The company said it has been working with the FAA and groups like AOPA (aircraft owners and pilots association) on the rollout. So far, the traditional aircraft community has looked at drones with considerable worry and suspicion, so it's wise move for DJI to try and play well. "We appreciate DJI's commitment to all airspace users' well-being," said the National Agricultural Aviation Association's Andrew Moore.

In this article: ADS-B, AirTrafficControl, ATC, DJI, Drones, gear, robots
All products recommended by Engadget are selected by our editorial team, independent of our parent company. Some of our stories include affiliate links. If you buy something through one of these links, we may earn an affiliate commission.