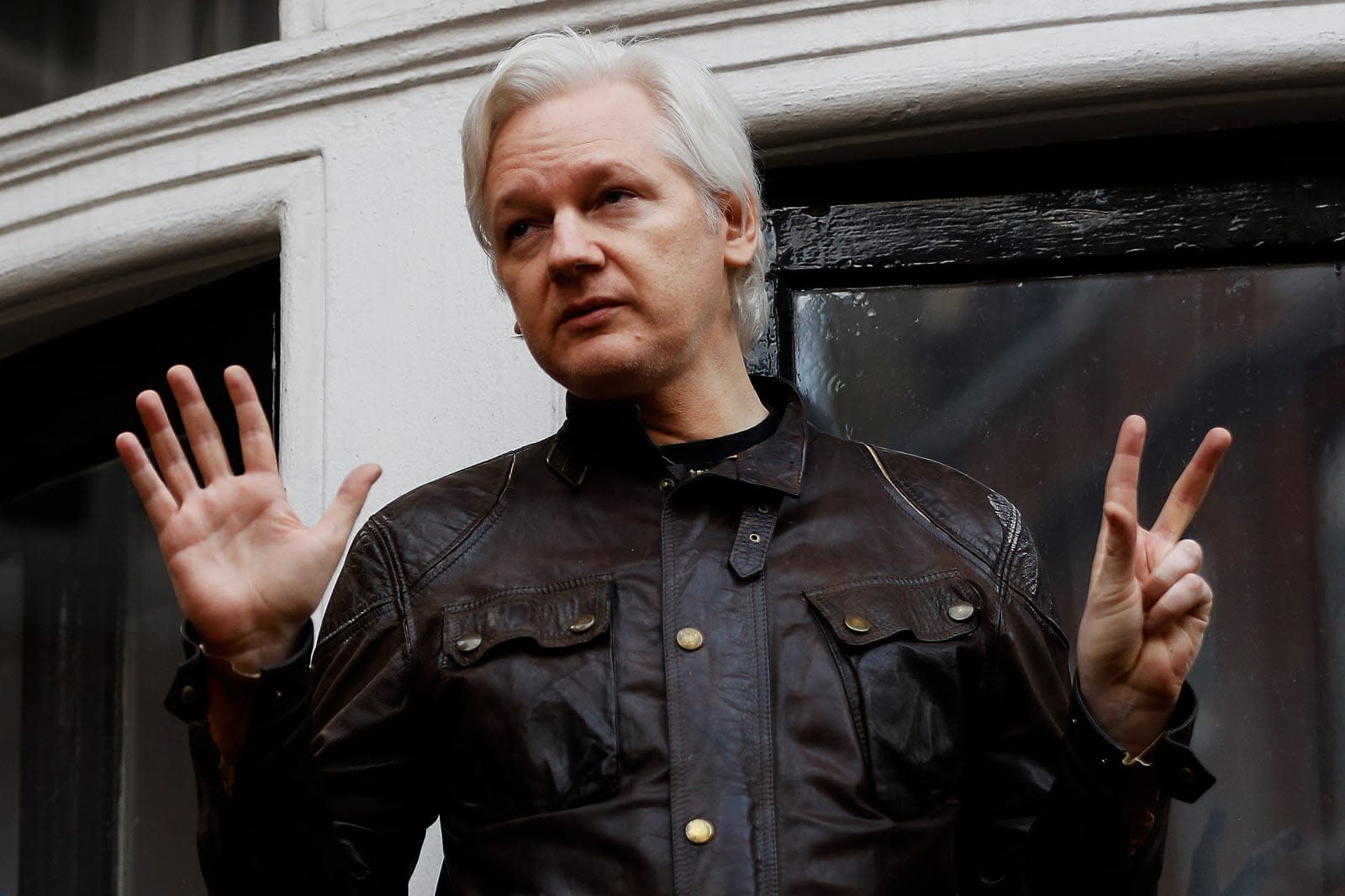 Federal prosecutors have charged WikiLeaks co-founder Julian Assange with 17 more criminal counts, including accusations that he violated the Espionage Act. The US charged him last month with conspiracy to commit computer hacking following his arrest in London. The superseding indictment includes that previous charge.

He's accused of publishing classified information obtained by whistleblower and former Army intelligence officer Chelsea Manning, who is currently in jail for refusing to cooperate with a grand jury. The documents allegedly included unredacted details about foreign people who have assisted the US military in Iraq and Afghanistan, and State Department officials around the world. His actions allegedly "risked serious harm to United States national security to the benefit of our adversaries and put the unredacted named human sources at a grave and imminent risk of serious physical harm and/or arbitrary detention."

The Justice Department accuses Assange of conspiring with Manning to obtain the documents, and "aided and abetted her in obtaining classified information with reason to believe that the information was to be used to the injury of the United States or the advantage of a foreign nation." The indictment further states that "Assange, WikiLeaks affiliates and Manning shared the common objective to subvert lawful restrictions on classified information and to publicly disseminate it."

Starting in late 2009, Assange allegedly solicited US classified information, a call to which Manning is said to have responded. According to the indictment, she gave Assange and WikiLeaks information related to "approximately 90,000 Afghanistan war-related significant activity reports, 400,000 Iraq war-related significant activities reports, 800 Guantanamo Bay detainee assessment briefs, and 250,000 U.S. Department of State cables." Many of the documents were highly classified.

Some press freedom groups have claimed that Assange's actions should be classified as journalism and as such he shouldn't be punished. However, US officials have rejected that assertion. "Assange is not a journalist," one said, according to CNBC. "No responsible actor, journalist or otherwise, would purposely publish names he or she knew to be confidential sources in warzones."

The Justice Department previously alleged Assange conspired to help Manning crack a password to gain access to a Department of Defense system that included classified information. Assange is currently in custody in the UK, and is awaiting extradition to the US. He faces a 10-year prison sentence on each count, save for conspiracy to commit computer intrusion, which carries a maximum sentence of five years.

Update: Response to the charges has been swift. ACLU exec Ben Wizner said in a statement that "This is an extraordinary escalation of the Trump administration's attacks on journalism, and a direct assault on the First Amendment. It establishes a dangerous precedent that can be used to target all news organizations that hold the government accountable by publishing its secrets. And it is equally dangerous for U.S. journalists who uncover the secrets of other nations."

Senator Ron Wyden also commented: "This is not about Julian Assange. This is about the use of the Espionage Act to charge a recipient and publisher of classified information. I am extremely concerned about the precedent this may set and potential dangers to the work of journalists and the First Amendment."

In this article: espionage act, espionageact, gear, indictment, julian assange, julianassange, security, wikileaks
All products recommended by Engadget are selected by our editorial team, independent of our parent company. Some of our stories include affiliate links. If you buy something through one of these links, we may earn an affiliate commission.