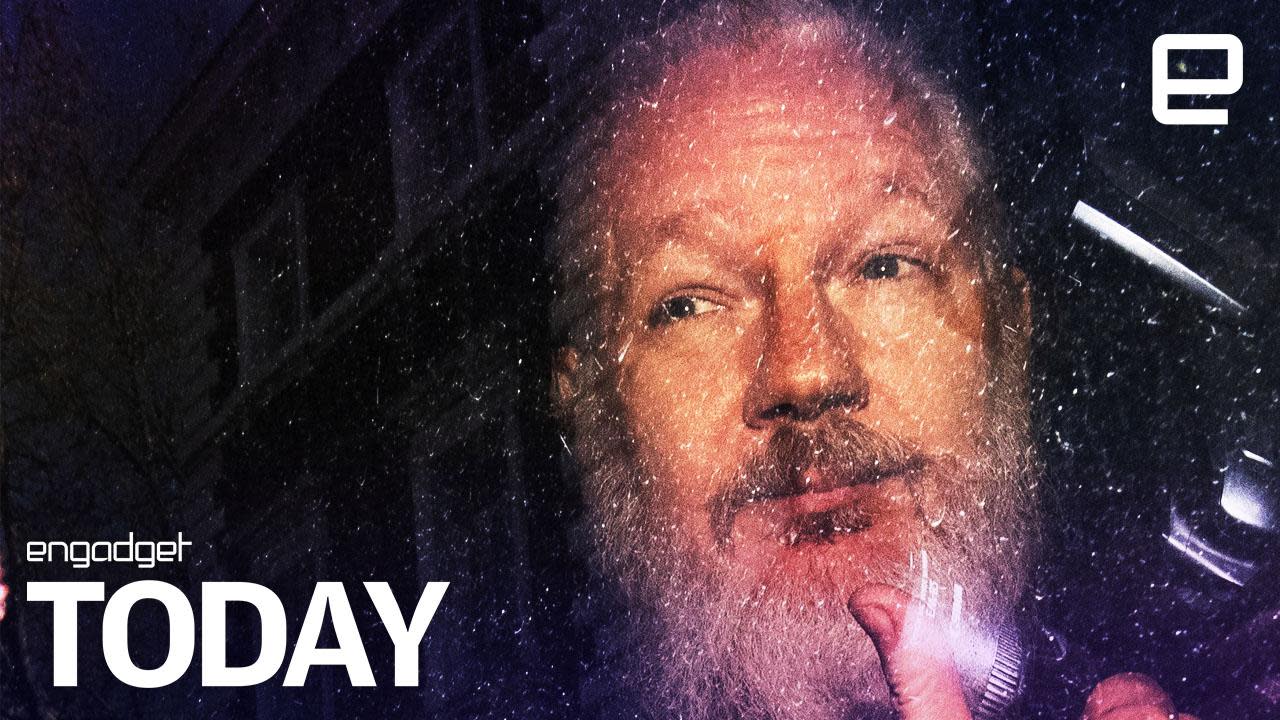 The US Justice Department just officially charged Wikileaks co-founder Julian Assange, shortly after he was removed from the Ecuador embassy in London and arrested by local police. The charge is "conspiracy to commit computer intrusion" for agreeing to break a password to a classified US government computer. The Justice department also said it was in relation to "Assange's alleged role in one of the largest compromises of classified information in the history of the United States."

It's the same allegation that was made in the Chelsea Manning trial in 2013, in which the former US Army private was found guilty of theft and espionage in relation to the release of classified government documents. But now that Assange has had his asylum revoked by the Ecuadorian government and has been arrested, he can finally be extradited to the US to face these charges.

More specifically, the Justice Department alleges that Assange conspired to assist Manning in cracking a password that allowed access to US Department of Defense computers that contained classified information. The alleged conspiracy was said to be carried out in March of 2010, a time when Manning was already using her access to download documents and transmit them to WikiLeaks. The DoJ alleges that during their communications, Assange actively encouraged Manning to provide more information, even after she said that there was nothing left to send -- the charge of conspiracy to commit computer intrusion relates to Assange's offer to help break a password to get more classified info.

If found guilty, Assange would face up to five years in prison, though the Justice Department notes that actual sentences are often less than the maximum penalty. That said, there could be more charges against Assange coming from the US -- these revealed today are just the basis of the US's extradition request.

Before Assange can stand trial in the US, however, he needs to be extradited from the UK, a process that could take months or even years. Even if a UK judge agrees to the US government's request, Assange is likely to appeal that decision through the various layers of the UK court system.

Shortly after the US charges were revealed, Assange appeared in a London at the Westminster Magistrates Court. A District Judge quickly found Assange guilty of failing to surrender to police on June 29th, 2012. He was out on bail in August of 2012 when he went into the Ecuadorian embassy in London; he then claimed asylum and lived there until today.

His next appearance in UK court is now set for May 2nd (via video link), at which time the US extradition request will be discussed.

In this article: AOLoriginals, breaking news, chelsea manning, daily show, engadget today, engadget video, entertainment, gear, hacking, julian assange, justice department, politics, security, wikileaks
All products recommended by Engadget are selected by our editorial team, independent of our parent company. Some of our stories include affiliate links. If you buy something through one of these links, we may earn an affiliate commission.