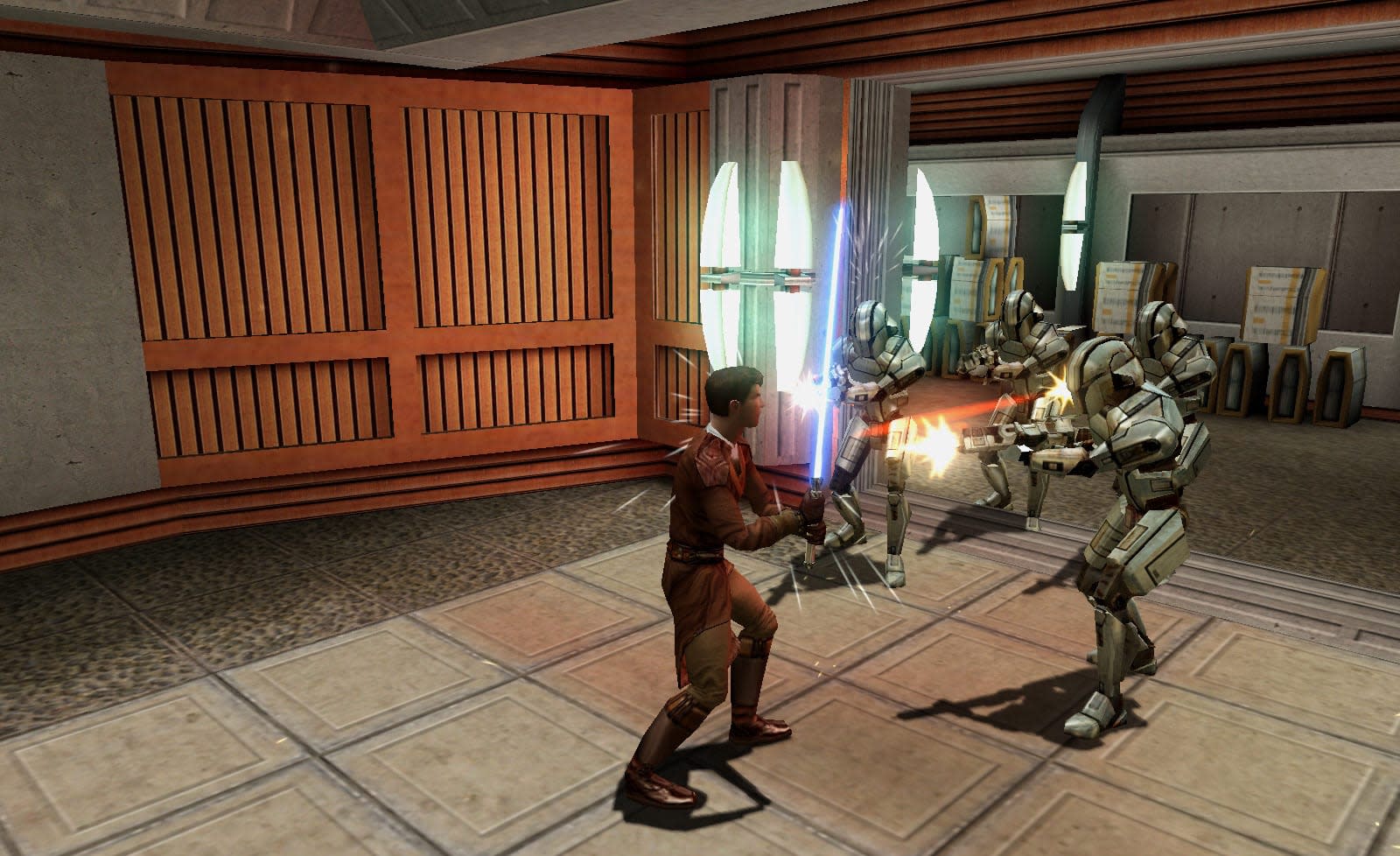 While the Star Wars franchise will take a new direction after the Skywalker arc ends with Episode 9, the next movie might still tell a familiar story. According to BuzzFeed News, a Star Wars film based on the classic LucasArts RPG Knights of the Old Republic is in the works. Further, Laeta Kalogridis, whose credits include Altered Carbon, Avatar and Shutter Island, is reportedly almost done writing the first script of what could become the KOTOR trilogy.

KOTOR is set almost 4,000 years before the founding of Galactic Empire and takes place way before the events in the prequel trilogy. Since Lucasfilm and parent company Disney have yet to confirm the next movies' details, it's not clear if the film based on the game would be the next one shown in theaters. Disney already announced, though, that the next Star Wars movie is scheduled for release in December 2022. The next two after that will come out December 2024 and December 2026.

Disney also said that the movie scheduled for 2022 will be the first in the trilogy headed by Game of Thrones creators David Benioff and D.B. Weiss. The Last Jedi director Rian Johnson is working on a separate trilogy of his own that will expand the universe in its post-Skywalker era.

In this article: entertainment, gaming, internet, knights of the old republic, kotor, lucasarts, star wars
All products recommended by Engadget are selected by our editorial team, independent of our parent company. Some of our stories include affiliate links. If you buy something through one of these links, we may earn an affiliate commission.