AMD is bringing the fight to Intel in a big way with its new Ryzen chips.

AMD just dropped the mic when it comes to ultra-fast consumer CPUs. At Computex today, AMD CEO Lisa Su introduced the company's third-generation Ryzen CPUs, which are also the world's first 7-nanometer desktop chips. Its crown jewel is the 12-core/24-thread Ryzen 9 3900X for $499. And if you're wondering why that's such a big deal, it's because it's going up against Intel's 12-core i9-9920X, which sells for around $1,189. Even better, AMD says the thermal design power (TDP) of its chip is 105W, compared to Intel's far less efficient 165W TDP. The Ryzen 9 3900X speaks to AMD's broader philosophy: It wants to beat Intel when it comes to performance, value and efficiency.

All of AMD's 3rd-gen Ryzen chips will feature its new Zen 2 architecture, a chiplet-based design that'll offer a 15 percent performance improvement across every application. They'll also have double the floating point performance and double the cache over its last CPUs. The 3900X features a base/boost speed of 3.68GHz/4.6GHz and 70MB of total cache. The company claims it beats out Intel's competing chip by 16 percent in Blender rendering. And if you're looking for something to take on Intel's i9-9900K, its current fastest consumer PC chip, there's the $399 Ryzen 7 3800X, an eight-core/16-thread chip running at 3.9GHz/4.5GHz. Honestly though, I'd imagine many gamers would aim for the 3900X, given its astounding value proposition. 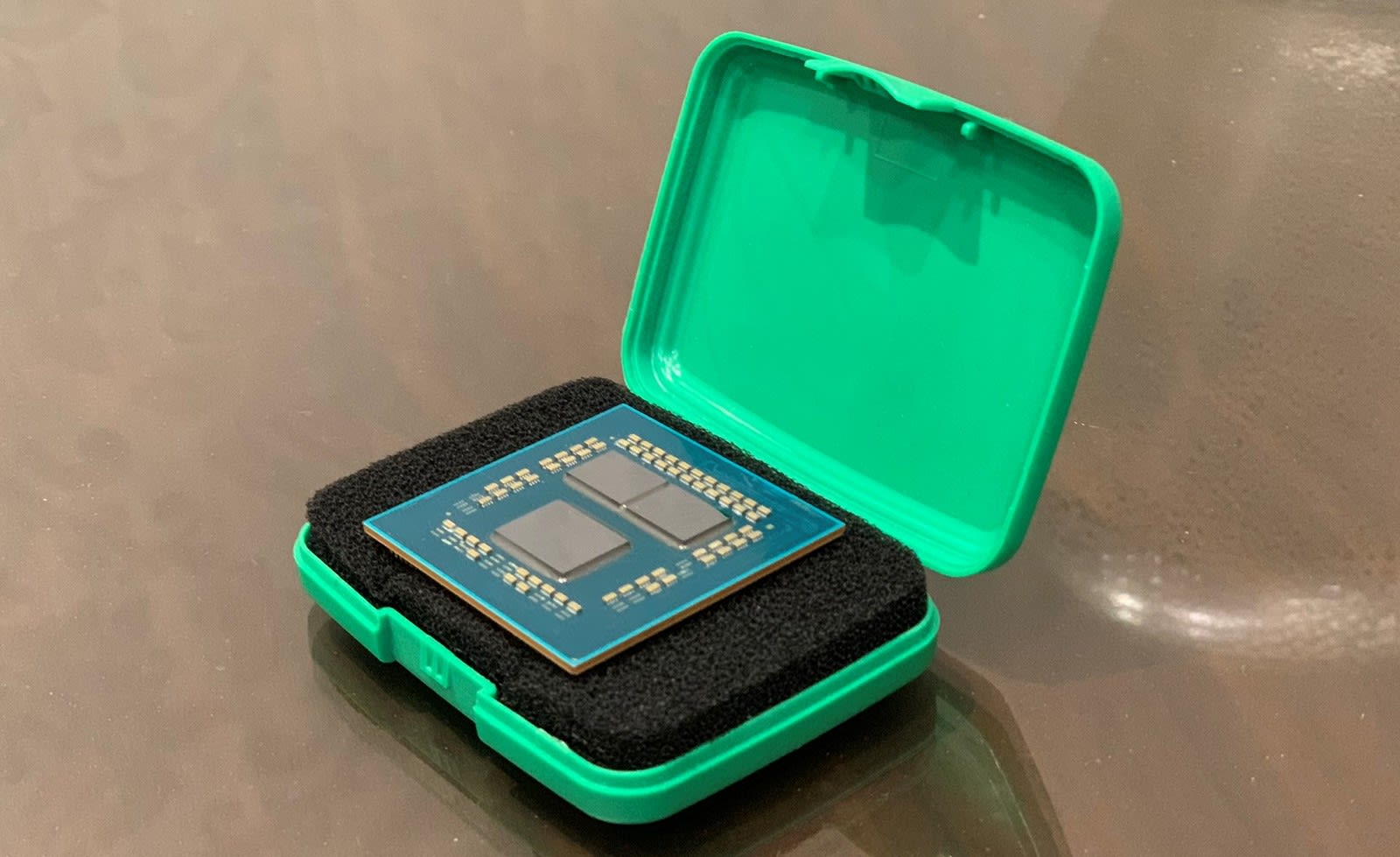 The last entry in the new Ryzen 7 lineup is the $329 3700X, an eight-core chip that's even more efficient than its more powerful siblings, with a 65W TDP instead of 105W. AMD says it's 15 percent faster than the last-gen 2700X in the single-threaded Cinebench R20 test, and 18 percent faster in multi-threaded performance. Compared to Intel's $385 9700K, it's 28 percent faster in the Cinebench multi-threaded test, and about the same for the single-threaded variant. I'd imagine this will be the more price-conscious buy for PC builders, especially since its lower TDP means you'll be able to cram it in tighter cases.

Rounding out the new CPU family is the Ryzen 5 3600, a six-core/12-thread chip that'll sell for just $199. For $50 more, you can snag the 3600X, which has a higher 95W TDP and 200MHz faster base and boost clock speeds. All of the new Ryzen CPUs will support PCIe 4.0, which will offer around 42 percent faster storage speeds than PCIe 3.0. That's going to help future proof these chips a bit, since it'll be the standard of choice for upcoming high-end graphics cards and nVME drives.

All products recommended by Engadget are selected by our editorial team, independent of our parent company. Some of our stories include affiliate links. If you buy something through one of these links, we may earn an affiliate commission. All prices are correct at the time of publishing.
View All Comments
AMD's third-gen Ryzen 9 CPU is a 12-core powerhouse for $499