Alienware's slim gaming laptops are getting a bold new look

If you've been drooling over the Alienware Area 51m's sci-fi aesthetic, but wanted something a bit more compact, Dell has got you covered. The slim Alienware m15 and m17 are finally getting the company's new "Legend" industrial design, giving them the same light and dark case options as the 51m. Those new frames also include plenty of visual flourishes, like the rounded LED lighting around their rear ports and cleaner lines across the board. On the whole, they look a lot more modern than the last batch of slim Alienware laptops.

In addition to the new cases, the new Alienware m15 and m17 feature a redesigned keyboard and larger glass trackpad. Alienware bumped up the key travel to 1.7mm from 1.4mm, giving them a slightly more satisfying feel. Under the hood, the laptops are powered by Intel's latest 9th generation CPUs, from the Core i5-9300H to the 5GHz i9-9980HK, and your choice of NVIDIA's current GPU line (the GTX 1650 to the RTX 2080).

And just like plenty of other gaming laptops this year, you can choose from 60Hz and 240Hz 1080p panels. And if you want to go all out, you can opt for the 4K OLED screen, though that'll limit you to 60Hz. That model will also come with Tobii eye tracking, a first for a 15-inch laptop. 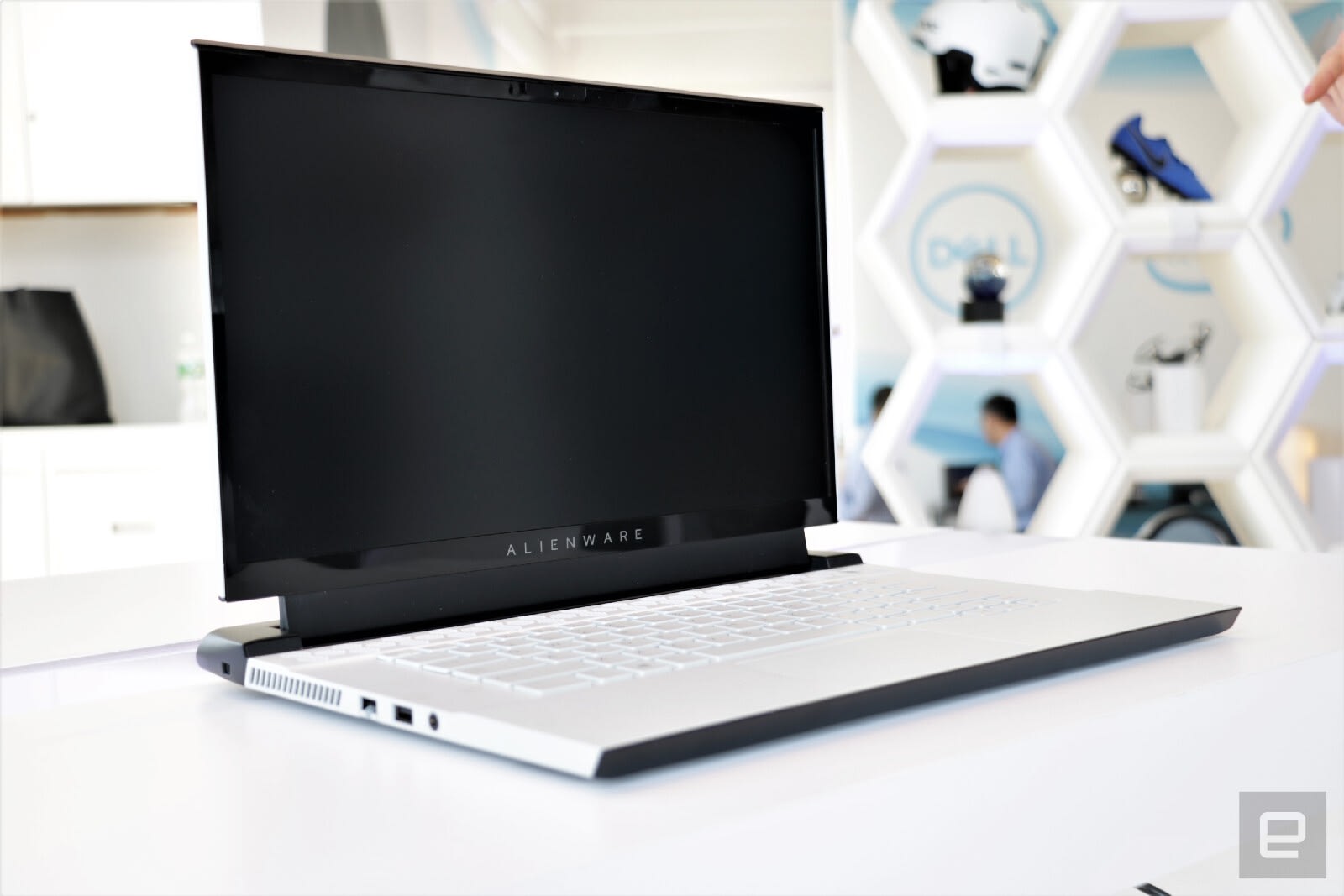 On an even geekier note, Alienware says the m15 and m17 will feature eight-phase voltage regulation for graphics, and six-phase regulation for its CPU. Basically, that means they'll deliver cleaner power to those components, allowing you to game at top speeds for longer periods. Together with the company's automatic overclocking technology, which pushes the CPUs to their boost speeds without any tweaking on your part.

I only got to see Mortal Kombat 11 running on the Alienware m15 (I didn't even have a controller to play the game), and it appeared to be running smoothly beyond 60FPS. It's not like there was any doubt, though. Even budget gaming laptops can run most games well these days, which means you've got to look beyond specs to compare them. When it comes to the m15 and m17, Dell is really banking on its Legend design to differentiate itself from the competition. And while the new look may not be for everyone, at least it's got more personality than before.

Both new Alienware laptops will start at $1,500 when they're available on June 11th. The hard part will be figuring out if you want to compromise portability for a bigger screen.

On the lower end of things, Dell is also unveiling its new G3 15 budget gaming laptop today, which joins the G5 and G7 the company showed off at CES. It's getting a bit more gamer flare, instead of looking like a drab plastic laptop. But most importantly, it'll feature Intel's 9th generation Core i5 and i7 CPUs, NVIDIA's latest GTX 16-series graphics and an optional 144Hz 1080p screen. It's available today starting at just $799.