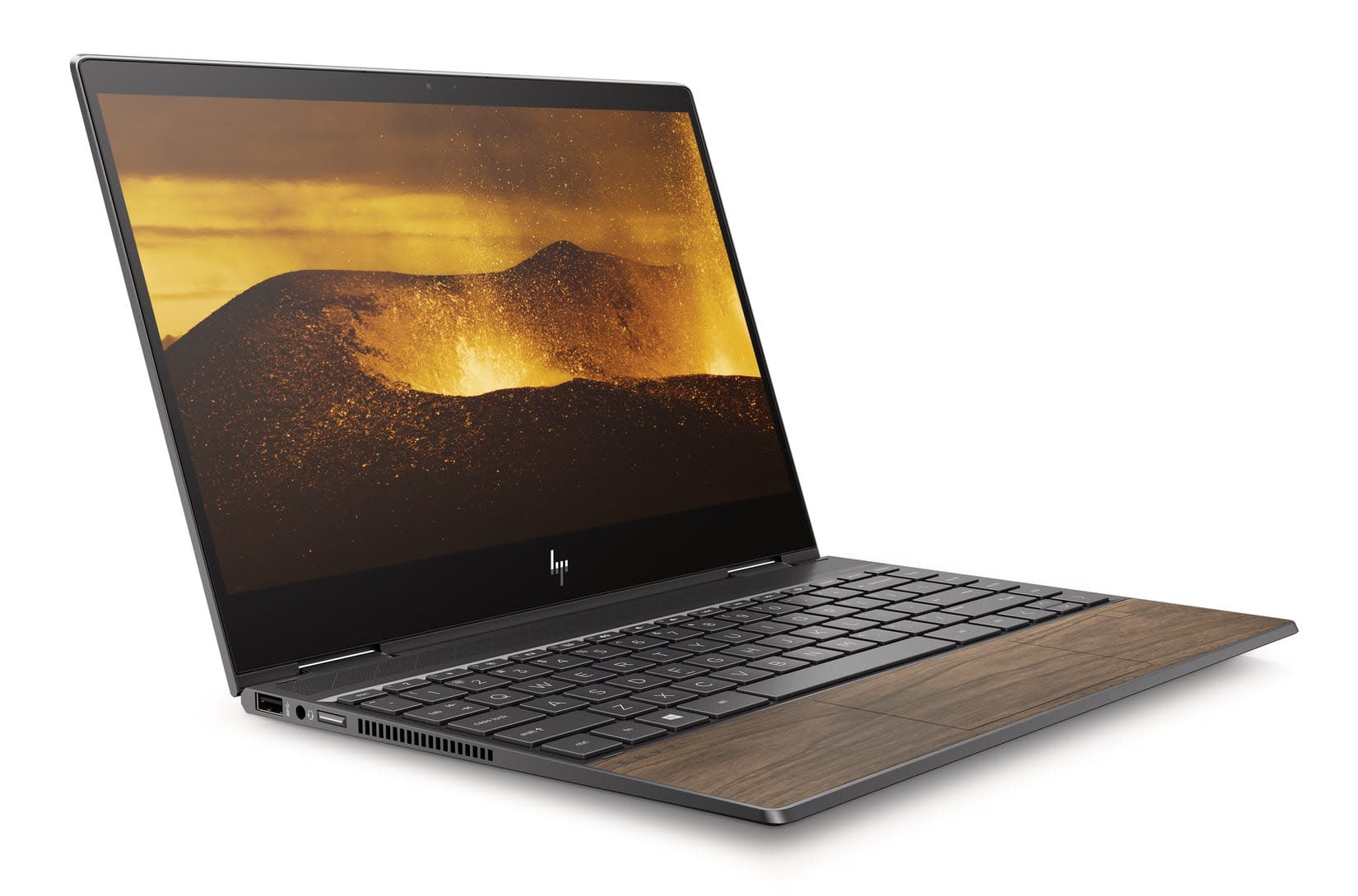 Following on from the stylish business casual, leather-clad Spectre Folio, HP is showcasing its first convertible PCs with authentic wood paneling. In fact, it's sharing the alternate material option across Envy 13, Envy x360 13, Envy x360 15 and the bigger Envy 17. Naturally, these will all come with options for either the latest Intel processors or second-gen Ryzen mobile chips.

But back to the wood, which comes in three different, for-real, dead tree color combinations. There will be a black color option paired with natural dark brown walnut inlay as well as a white and silver laptops that feature birch. HP says each laptop will be 'one-of-a-kind' thanks to the variation that wood naturally offers.

The silver-birch combination looks particularly refined, although as it only really covers the areas where your hands rest while typing, there's nothing that screams 'wooden laptop' from the outside when closed — something that was certainly not an issue with the luxurious leather Spectre Folio from last year. Judging from the press images, it looks a lot like a permanent version of those wood-effect stickers you can get for most mainstream laptops. We're planning to check it out in person here at Computex, to see if it exudes nearly as much class as the Folio.

Besides those component refreshes, the laptops will still pack HP features like Wake On fingerprint reader and voice assistant Alexa baked-in -- features you'll find in plenty other places, but still nice to see in the mid-range series. Oh and there's even a moody black HP tote to accompany the laptops, if you so desire. The Envy Wood series is set to launch sometime in Fall 2019 — expect to hear pricing closer to then.

In this article: Computex2019, envy, envy 13, envy 15, envy 17, Envy x360, gear, hp, hp envy, hpenvy, natural wood, personal computing, personalcomputing, wood, x360
All products recommended by Engadget are selected by our editorial team, independent of our parent company. Some of our stories include affiliate links. If you buy something through one of these links, we may earn an affiliate commission.