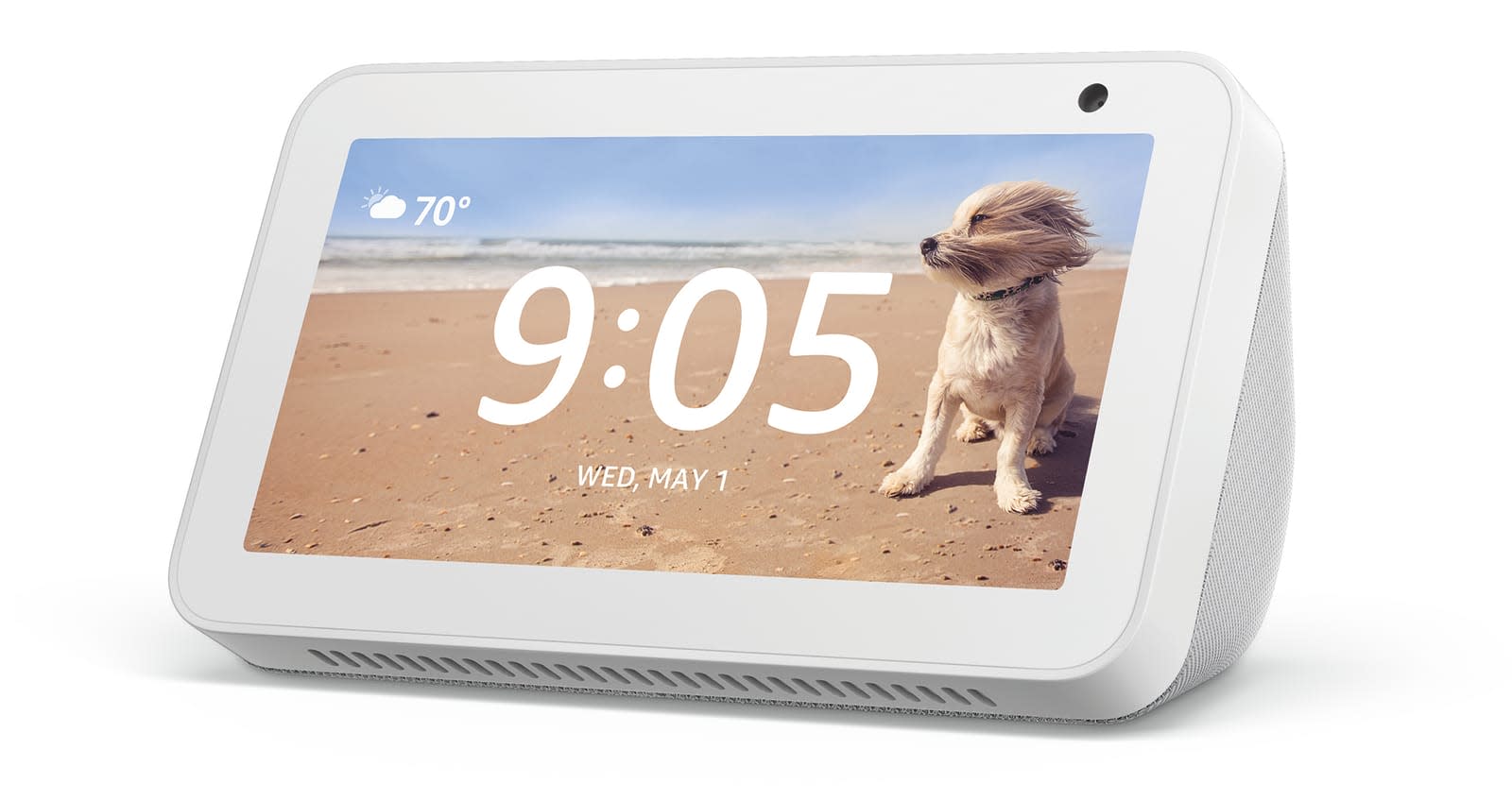 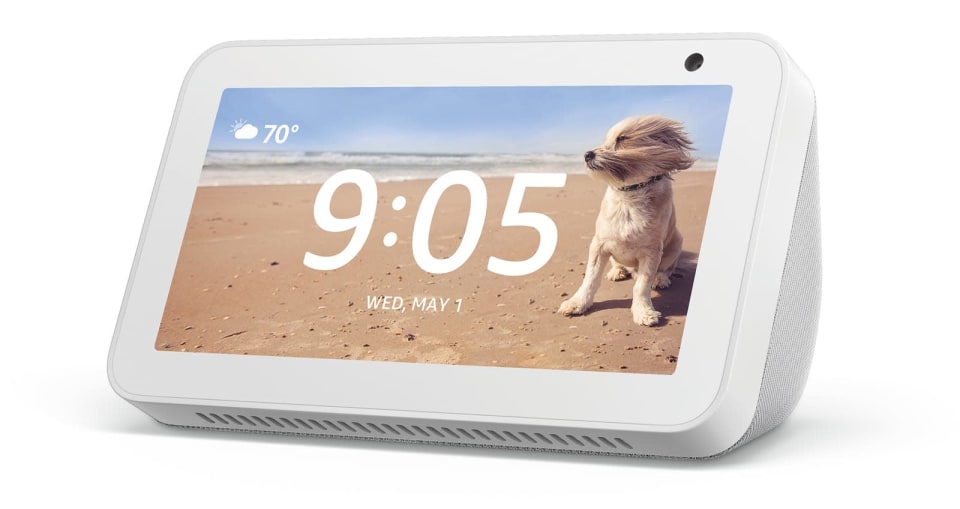 Amazon usually saves its big product reveals for the fall, but it's shaking things up this year. Today, it unveiled its latest take on the smart display, the Amazon Echo Show 5. That's right, I said 5, even though this is only the third iteration of the Echo Show to date. The reason behind this appears to be the size of its display, which measures just 5.5-inches across. It comes in both black ("Charcoal") and white ("Sandstone"), and each display will retail for $89.99. 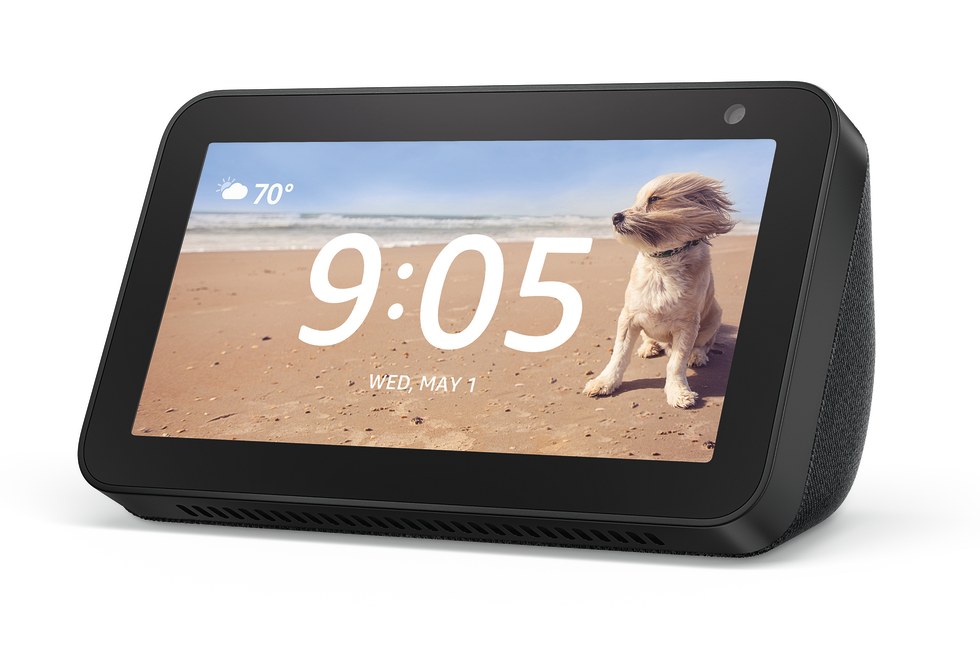 Amazon says that the Echo Show 5 is meant for the bedside or desk, which explains its compact form factor. I also can't help but notice its resemblance to Google's Nest Hub (formerly known as Home Hub) -- it has a similar curved and rounded aesthetic, and the black and white colors are similar too. It even has that soft touch fabric finish. No, it's not an exact clone, but it's almost like they share the same DNA. Unlike the Nest Hub, however, the Echo Show 5 does have a camera. Thankfully, it does come with a physical shutter for those who are concerned with privacy. It also has an ambient lighting mode that will adjust the screen's brightness according to its surroundings.

Aside from the Echo Show 5, Amazon also announced a few new features that are coming to Alexa smart displays. You'll be able to access how-to video clips from wikiHow, a new smart home dashboard that'll let you control all your connected gadgets in one spot, and a new "Alexa Sunrise" alarm that will cause the screen to brighten slowly, mimicking daylight's arrival. Amazon also added compatibility with the Arlo baby camera, so you can say "Alexa, show me the nursery camera" to see how little Junior is doing.

Last but certainly not least, Amazon also announced a brand new privacy feature that is coming to all Alexa-enabled devices. Instead of manually deleting your Alexa voice history, you can now say "Alexa, delete everything I said today" to wipe out your history for that day. You can also say something like "Alexa, delete what I just said." According to Amazon's press release, it'll also have a new "Alexa Privacy Hub" which will act as a single information source on the settings of all your different Echo devices (We have a deeper dive on this feature here).

As mentioned, each unit is $89.99. You can also opt for an additional $19.99 magnetic stand that lets you tilt the Show's viewing angles. The Echo Show 5 is available for pre-order right now, and will start shipping to the US, UK, Germany, France, Italy, Spain, Japan, Canada, New Zealand and Australia in June. It'll ship to India starting in July, and it'll also eventually arrive in Mexico.

In this article: amazon, gear, home, internet, personal computing, personalcomputing
All products recommended by Engadget are selected by our editorial team, independent of our parent company. Some of our stories include affiliate links. If you buy something through one of these links, we may earn an affiliate commission.