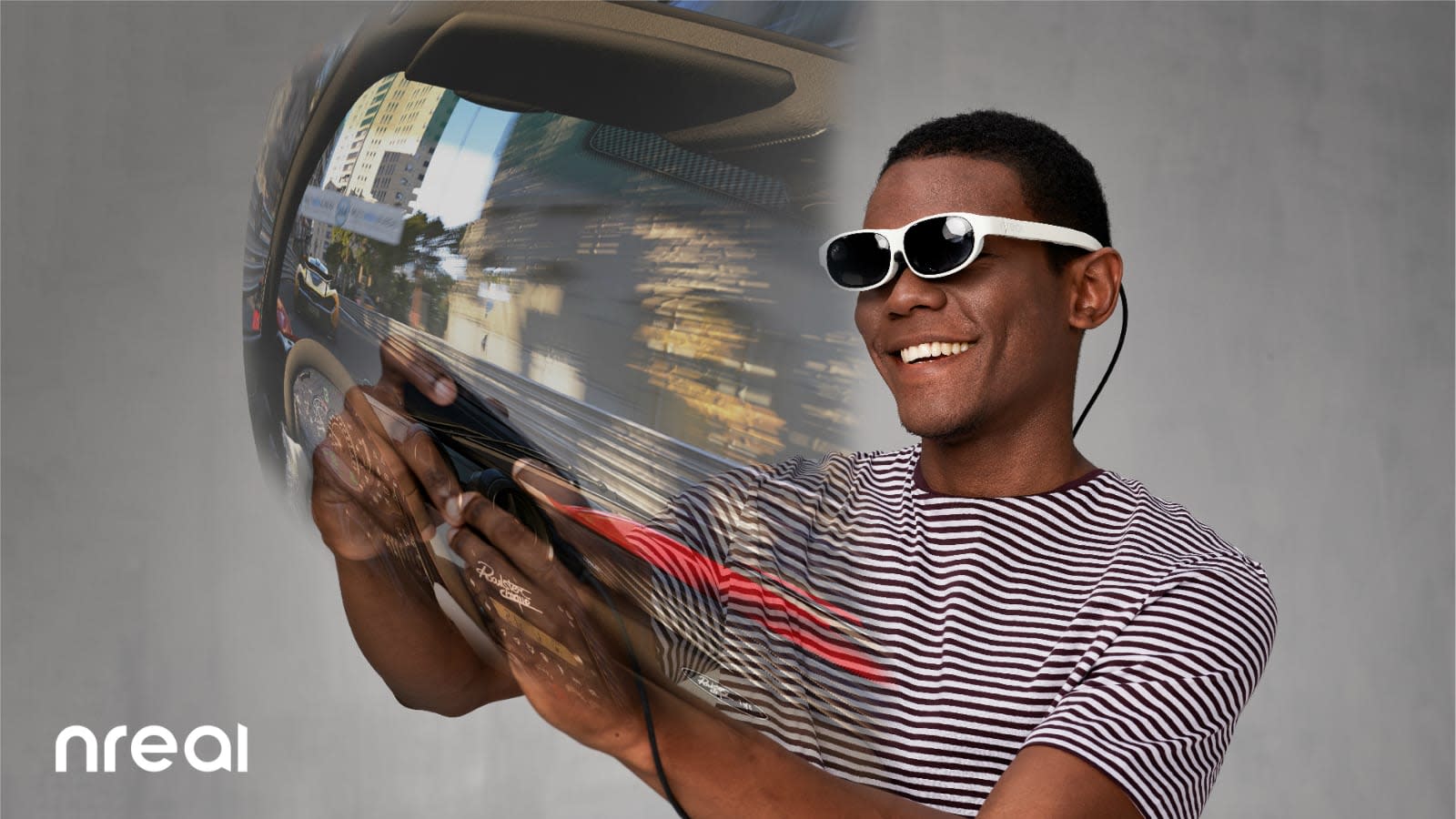 First unveiled at CES 2019, Nreal's Light mixed reality glasses are almost ready for their commercial debut. According to the Chinese startup behind the glasses, they'll cost $499 and a limited quantity will ship to customers sometime this year. They'll enter mass production in 2020, and starting today, developers can place orders for the $1,199 developer kit, which will ship in September. Nreal announced the news at the AWE 2019 conference.

Engadget editors got their hands on the Nreal prototypes at CES and MWC Barcelona. According to Richard Lai, the low-profile mixed reality glasses look and feel almost like ordinary sunglasses, which could make users less conspicuous as they view content mid-commute. And while Engadget's Nick Summers said he wouldn't rock them on the street, he admitted that they have more style than 90 percent of the bulky AR glasses on the market.

Like the prototypes, Nreal's first production glasses will come with 1080p laser projectors, offering 60 frames per second and a 52-degree field of view. In addition to working with a small clip-on computing unit, the glasses can connect, via USB-C, to compatible Qualcomm Snapdragon 855 phones, like the Black Shark 2 gaming phone. "Nreal Light will completely immerse our users in a fully interactive gaming environment that places you right in the heat of the moment," said David Li, Black Shark's global vice president.

The company has made a few changes since we last saw the glasses. The Nreal Light now come with foldable temples, making them easier to store. They'll also be available in more colors -- though we don't know which ones -- and Nreal promises it reduced the front-heavy pressure on the nose for a more secure, comfortable fit.

The $499 price tag puts the Nreal glasses on par with competitors like Epson, and makes them significantly less expensive than the Magic Leap headset or smart glasses by Vuzix. The company certainly has a few key factors going for it -- lightweight, low-profile design and a competitive price point -- but we'll have to wait until they ship to see if they can make mixed reality glasses more mainstream.

In this article: ar, awe, awe2019, BlackShark, developer kit, gadgetry, gadgets, gear, glasses, Light, mixed reality, nreal, nreal light, price, ship, smart glasses, snapdragon, sunglasses
All products recommended by Engadget are selected by our editorial team, independent of our parent company. Some of our stories include affiliate links. If you buy something through one of these links, we may earn an affiliate commission.