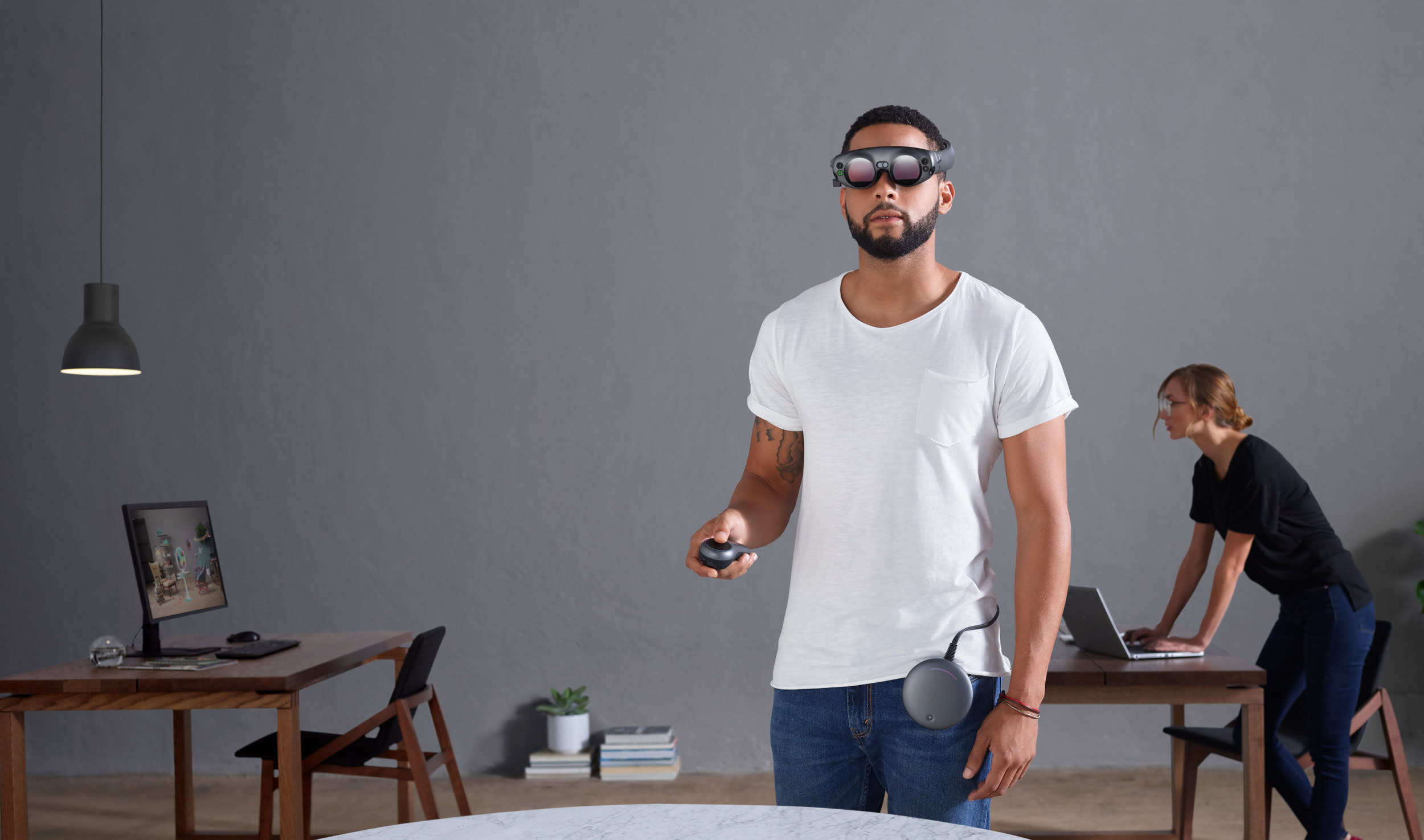 Magic Leap is spilling more and more of its secrets as it gets nearer to releasing its first mixed reality headset this year. At Recode's annual Code Media conference, Magic Leap chief Rony Abovitz has revealed the company's plans to release not one, but multiple versions of the headset. He also announced its deal with the NBA to show basketball games in mixed reality.

Magic Leap headsets will apparently come in different sizes and different price points to be able to cater to as many people as possible. Abovitz said the cheapest version will cost you as much as a high-end smartphone -- he didn't clarify which, but didn't object when the iPhone X (priced at $1,000) was brought up. The most expensive variant will set you back as much as a high-end PC, but don't worry: that's not the one that's coming out in 2018. Apparently, the Creator Edition launching this year will be somewhere around the middle of the price range.

Once the first Magic Leap becomes available, you'll be able to watch classic NBA games or highlights from the ongoing series on the headset. Live games won't be available at first, but it's not because the parties involved don't want to give you access. It sounds like they're looking forward to making that happen: NBA SVP Jeff Marsilio said that the hope is to enable "[live] streaming on your coffee table as though you were a giant looking into the arena from above."

Even if you won't be able to watch a live game like you're Gulliver on Lilliput yet, you'll be able to pin the screens where you're watching classic games and highlights to a virtual wall. That will simulate a giant movie projector you can watch in mixed reality. You can also pin other screens, such as one showing social media updates and another showing live stats, to that wall. The idea is to replace your TV, computer and your phone with one device where you can watch and do everything. In fact, that's what the company is hoping to happen and why Abovitz says its headsets' pretty hefty price tags are worth it.

Check out Abovitz's interview below, with a guest appearance by Shaquille O'neal wearing a pair of and talking about Magic Leap:

In this article: AR, augmentedreality, gadgetry, gadgets, gear, magicleap, mixedreality, NBA, TL18AR, tomorrow, virtualreality, VR
All products recommended by Engadget are selected by our editorial team, independent of our parent company. Some of our stories include affiliate links. If you buy something through one of these links, we may earn an affiliate commission.