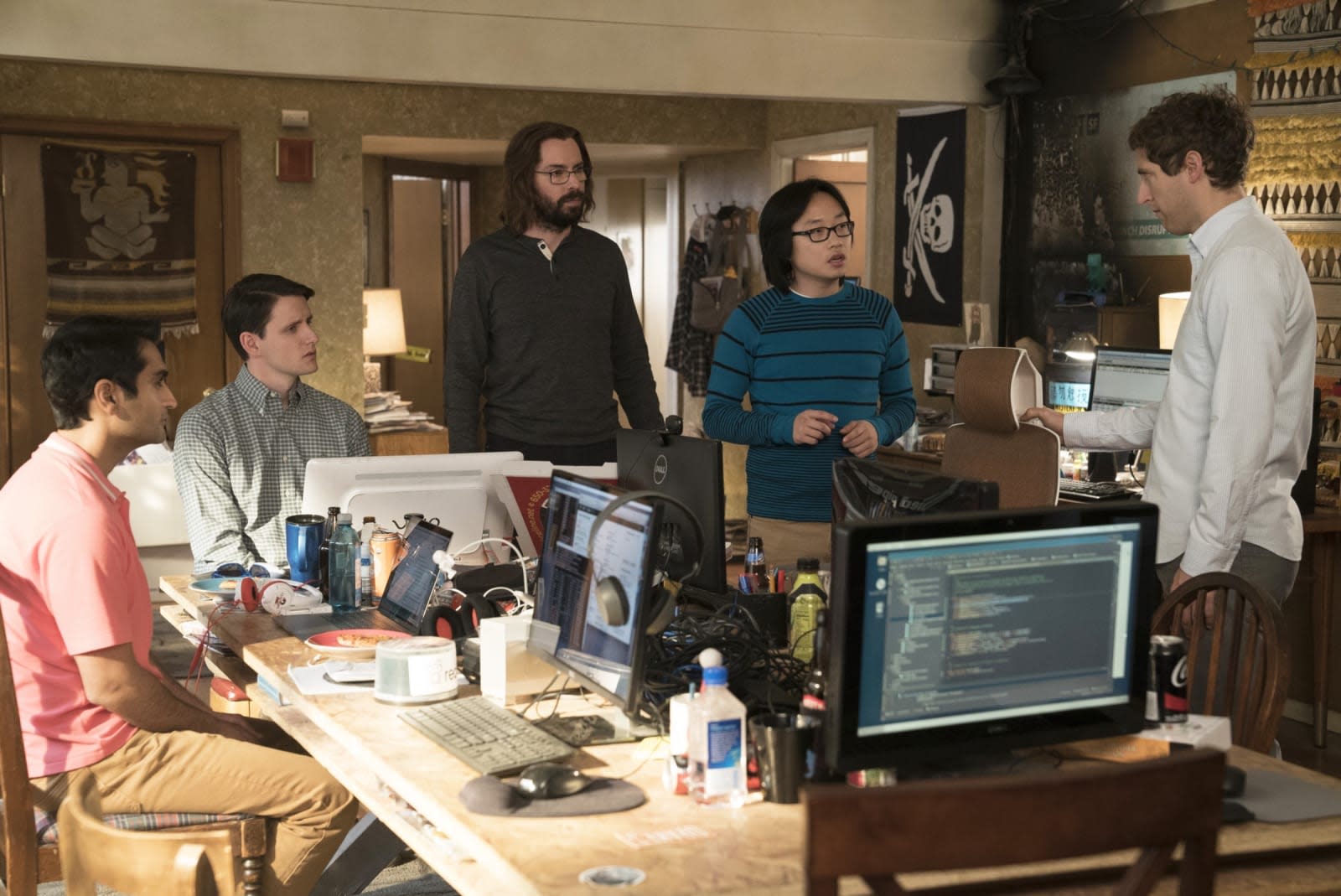 Silicon Valley will return to HBO later this year for its sixth season. Unfortunately for its fans, it will also be the end of the show's run. Variety reported today that the upcoming season of Mike Judge's tech-centric comedy will be the last. Season six will consist of seven episodes -- an abbreviated run compared to previous seasons -- which will be used to wrap up the story of upstart compression company Pied Piper.

The run of Silicon Valley has been a tumultuous one. While the show has pretty consistently been well-reviewed, it lost one of its main characters from season one when actor Christopher Evan Welch died from lung cancer. The show also took a narrative turn after season four when controversial actor and comedian T.J. Miller left the show. It came out shortly after his departure that one of his co-stars, Alice Wetterlund, said he was a "bully and petulant brat."

Despite all of the drama surrounding the show, its ensemble cast of Thomas Middleditch, Zach Woods, Kumail Nanjiani, Martin Starr and Amanda Crew has provided consistent laughs while lampooning the culture of startups and venture capital in Silicon Valley. The show has been nominated and won several Emmys and other awards. When it wraps, it will be the third HBO show to leave the air this year, following the end of Game of Thrones and Veep.

In this article: av, entertainment, hbo, kumail nanjiani, mike judge, silicon valley, Thomas Middleditch
All products recommended by Engadget are selected by our editorial team, independent of our parent company. Some of our stories include affiliate links. If you buy something through one of these links, we may earn an affiliate commission.