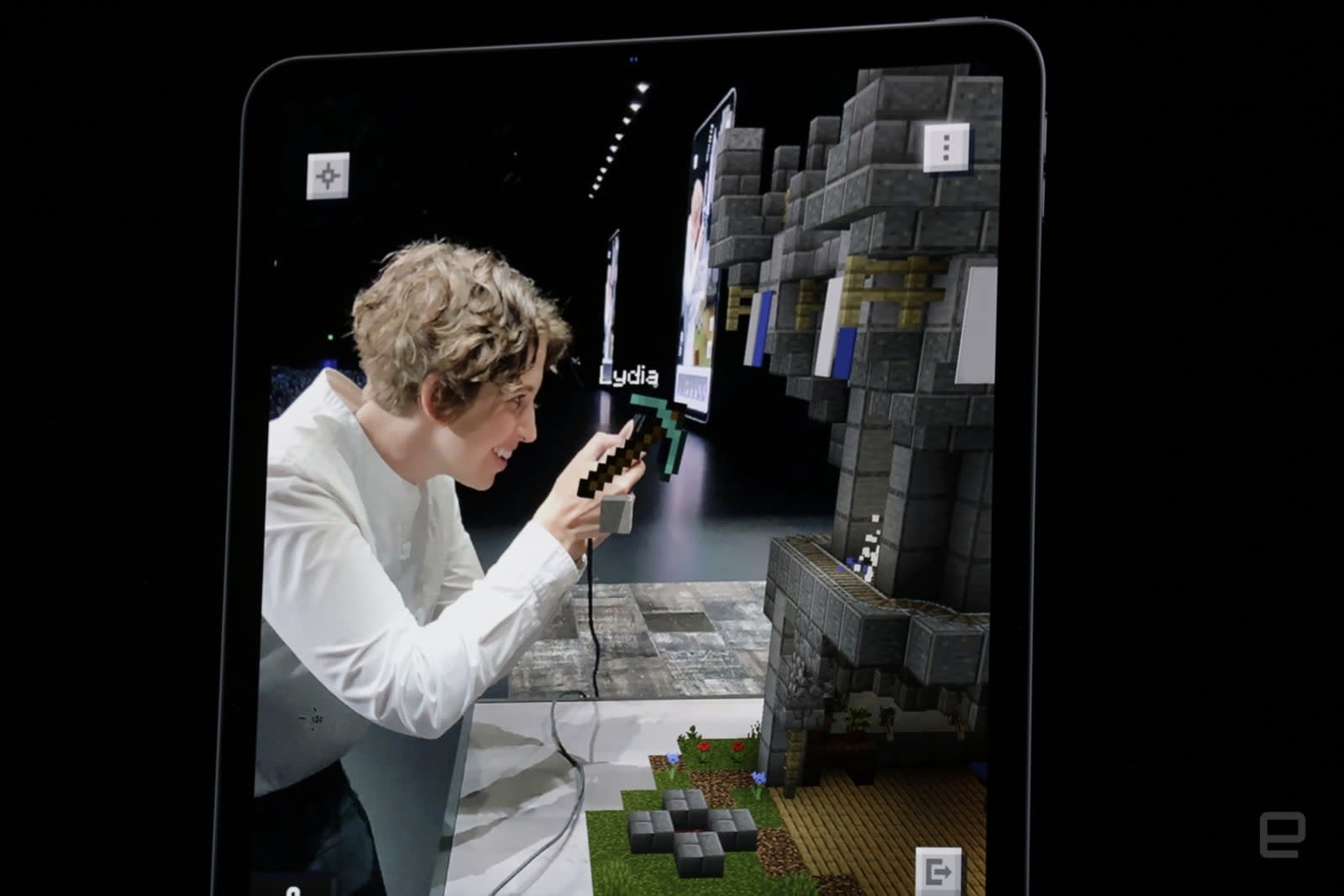 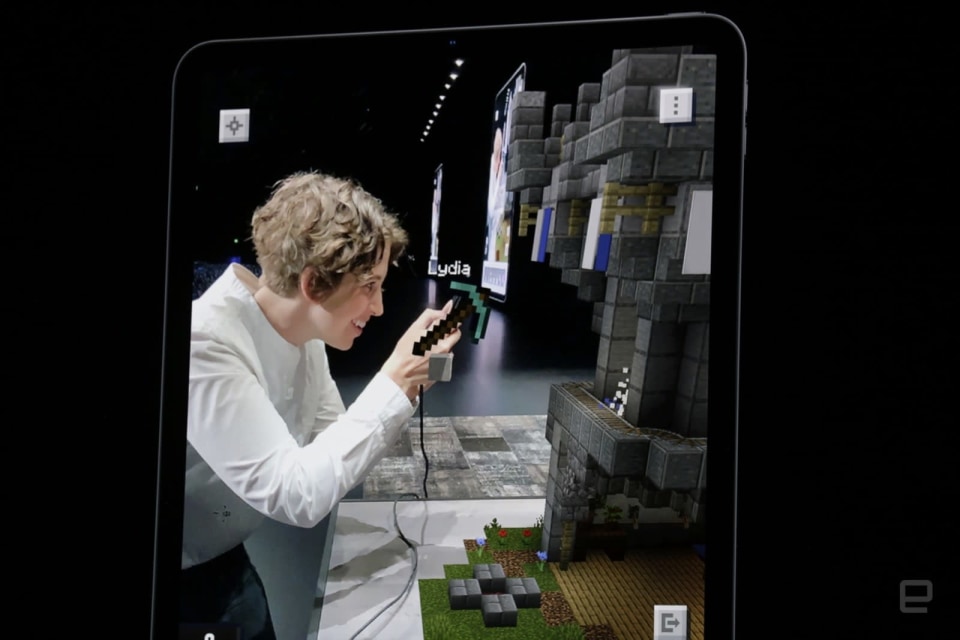 One thing missing from Microsoft's initial Minecraft Earth announcement? Actual gameplay. Strangely enough, it looks like Microsoft saved that honor for Apple, as it just debuted the first live footage of the game at the company's WWDC keynote. To recap, Minecraft Earth is a mobile augmented reality title similar to Pokemon Go. At the keynote, we watched as Mojang employees tweaked a blocky castle on a tabletop using iPhones and iPads. Then, they stepped into a life-sized version, where they were able to unearth a mine (and baddies) beneath their feet. 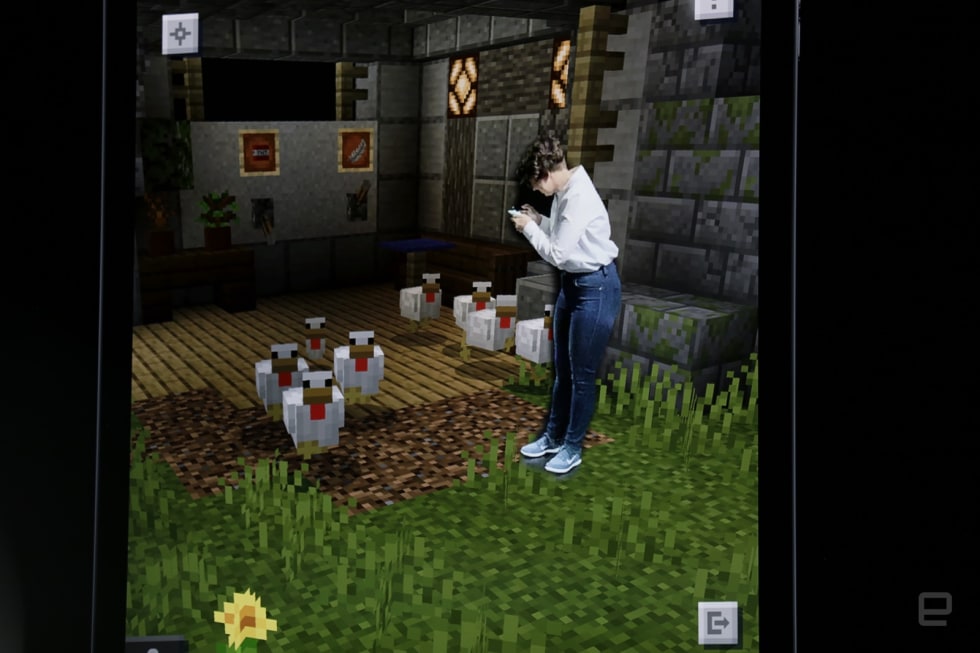 The AR tracking was impressive, allowing both presenters to collaborate easily. The demo also showed off a feature unique to iOS: occlusion, or the ability to show AR environments and objects behind real-world things (in this case, one of the presenters). While we only got a brief glimpse of Minecraft Earth, the live gameplay sells its concept better than the big budget trailer Microsoft originally debuted. Now, it's much easier to see how this game can be even bigger than Pokemon Go when it launches this summer.

In this article: av, gadgetry, gadgets, gaming, microsoft, Minecraft Earth, WWDC 2019, wwdc2019
All products recommended by Engadget are selected by our editorial team, independent of our parent company. Some of our stories include affiliate links. If you buy something through one of these links, we may earn an affiliate commission.