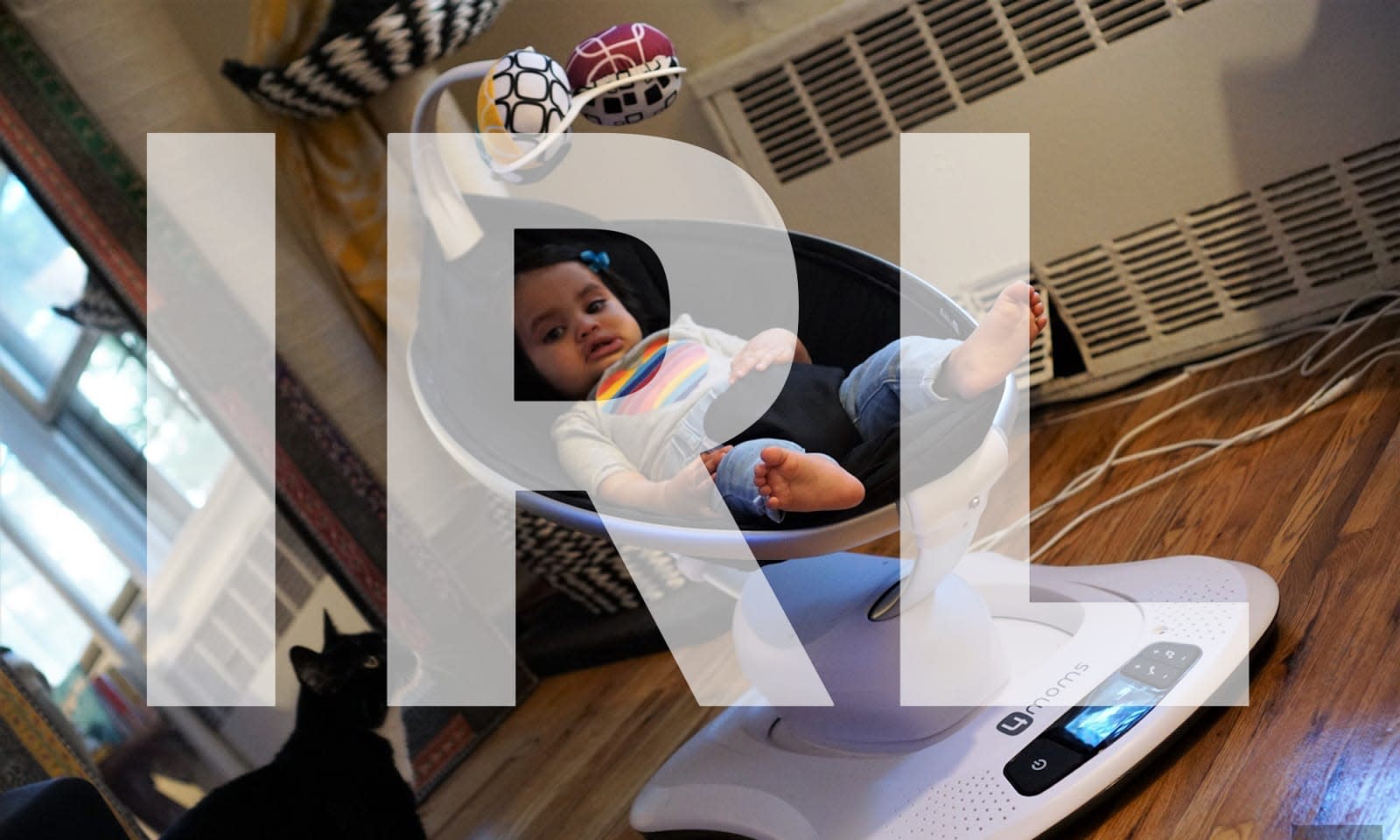 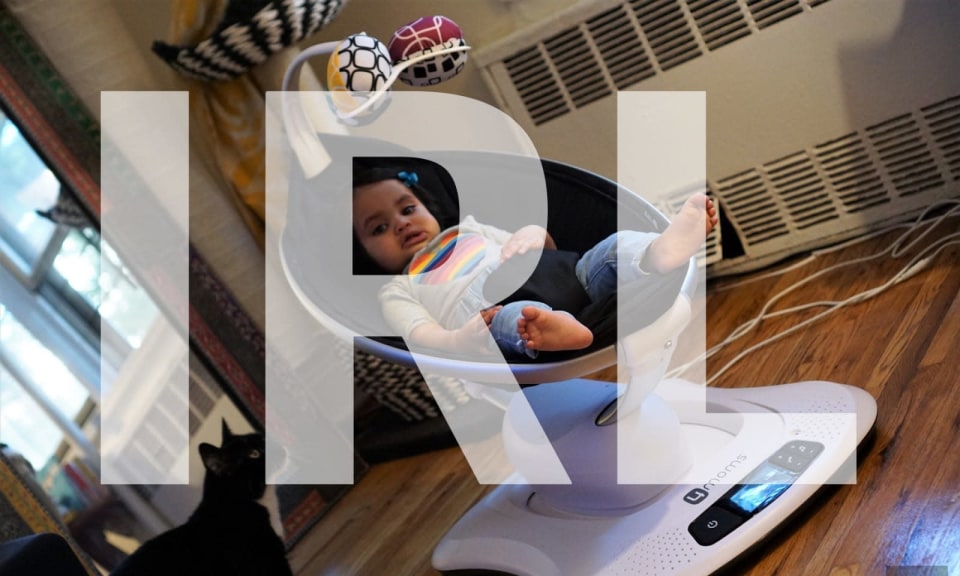 This week, Senior Editor Devindra Hardawar tells us why he really dislikes the Mamaroo automatic baby swing. Or, perhaps more accurately, why his three-week-old daughter doesn't like it.

The MamaRoo baby swing represents everything wrong with high-tech baby gear. At first glance, it's easy to fall for its stylish modern design and unique rocking mechanism. 4moms, the company behind the Mamaroo, says it mimics the swinging movements of a parent's arms. And what self-respecting geek wouldn't want to sooth their baby with a robot that looks like it was ripped out of a Disney movie? But none of that was enough to satisfy my daughter Sophia. She hated the Mamaroo from the start, and her opinion hasn't changed at all over the past seven months.

At three weeks old, Sophia couldn't find a comfortable way to sit in the Mamaroo. Its seat is surprisingly shallow, and while you can adjust its angle so that it's almost flat, that still wasn't enough to satisfy Sophia (I didn't try the newborn insert, which seems to support smaller babies better). There was a palpable sense of unease on her face when she was sitting in it, which is exactly the opposite reaction you'd want from a baby soother.

That unease turned into confusion, and eventually crying, when I turned the Mamaroo on. It didn't matter which swing mode I used -- long arcs, car ride-like shorter arcs, and circular loops -- Sophia would usually look disturbed and try to investigate what's moving her around, instead of just enjoying the ride. In comparison, she loves the simpler BabyBjorn bouncer, which isn't smart and doesn't rely on electronics. It just has a flexible frame that moves when she moves. Even inexpensive bouncers were able to put her to sleep within five minutes. 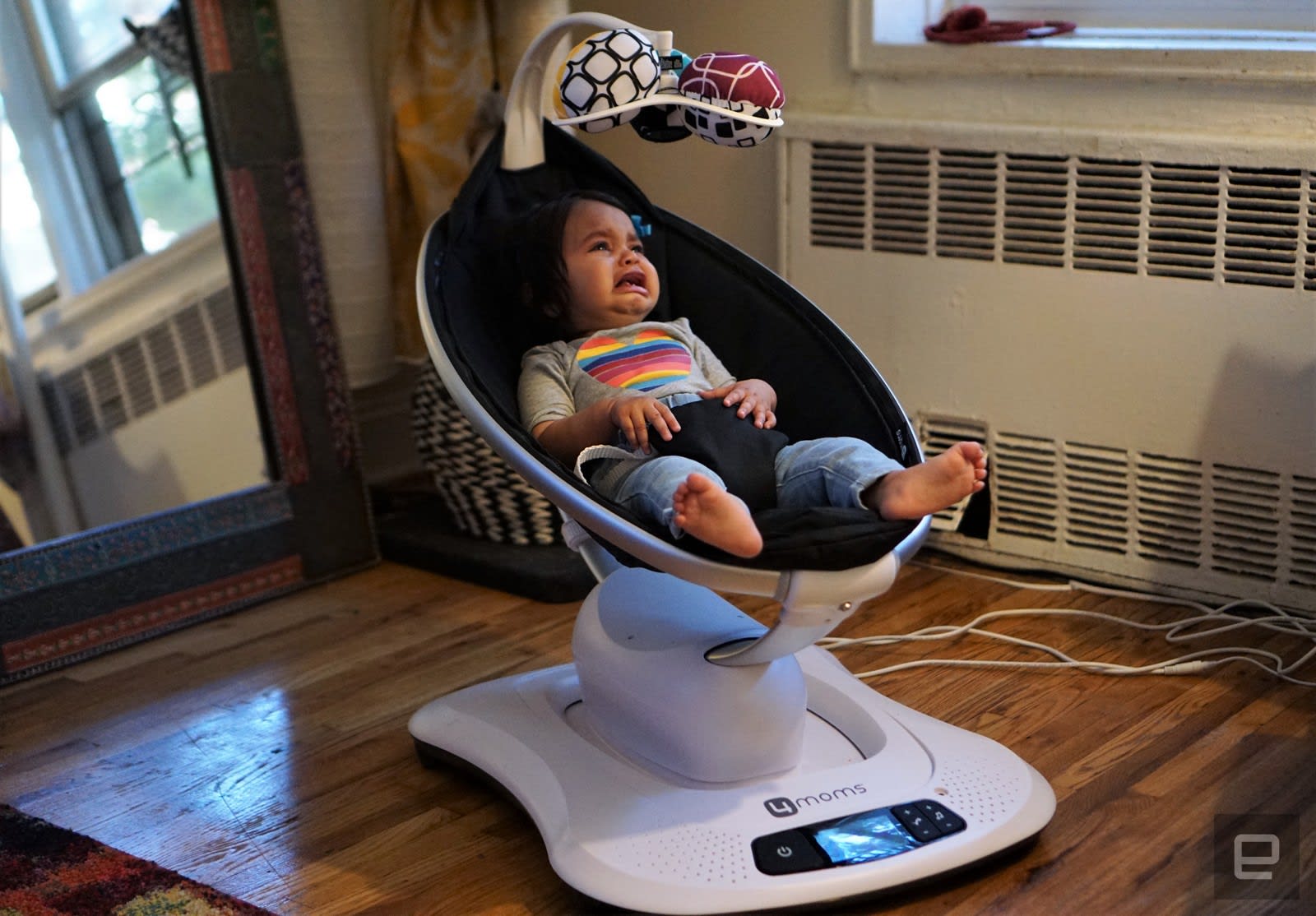 I kept trying to introduce Sophia to the Mamaroo every few weeks, but at best, she just learned to tolerate the experience. This is where I make the usual disclaimer for baby gear: Every kid is different. I've seen babies take to the Mamaroo easily in some reviews, and some new parents swear by it. Still, other gadget reviewers haven't been as impressed. For a $216 device, I expected it to make some sort of positive impression on Sophia. Instead, I've had more luck introducing her to the Skip Hop Activity Center once she hit four months.

I haven't even mentioned the practical annoyances with the Mamaroo yet. Its power cord is laughably short, which limits where you can set it up. I had to buy a separate power extension to use it in my living room. And even though it supports a few sound effects and music (either through a line-in jack or Bluetooth), its speaker sounds awful, so I can't imagine it would help any baby relax. And, as is the case with plenty of baby gear, you have to stop using the Mamaroo once your child can sit up or grows to 25 pounds.

My recommendation? Don't get the Mamaroo until you have a better sense of what your baby likes. And if you do pick it up, make sure you can return it easily. In the end, the Mamaroo felt like the parenting equivalent of a tourist trap. It looks exciting from afar, but once you're there, it's clear it's just an expensive waste of time.

In this article: 4moms, buyersguide, gadgetry, gadgets, gear, home, irl, mamaroo, newbuyersguide, newirl, personal computing, personalcomputing, thebuyersguide
All products recommended by Engadget are selected by our editorial team, independent of our parent company. Some of our stories include affiliate links. If you buy something through one of these links, we may earn an affiliate commission.