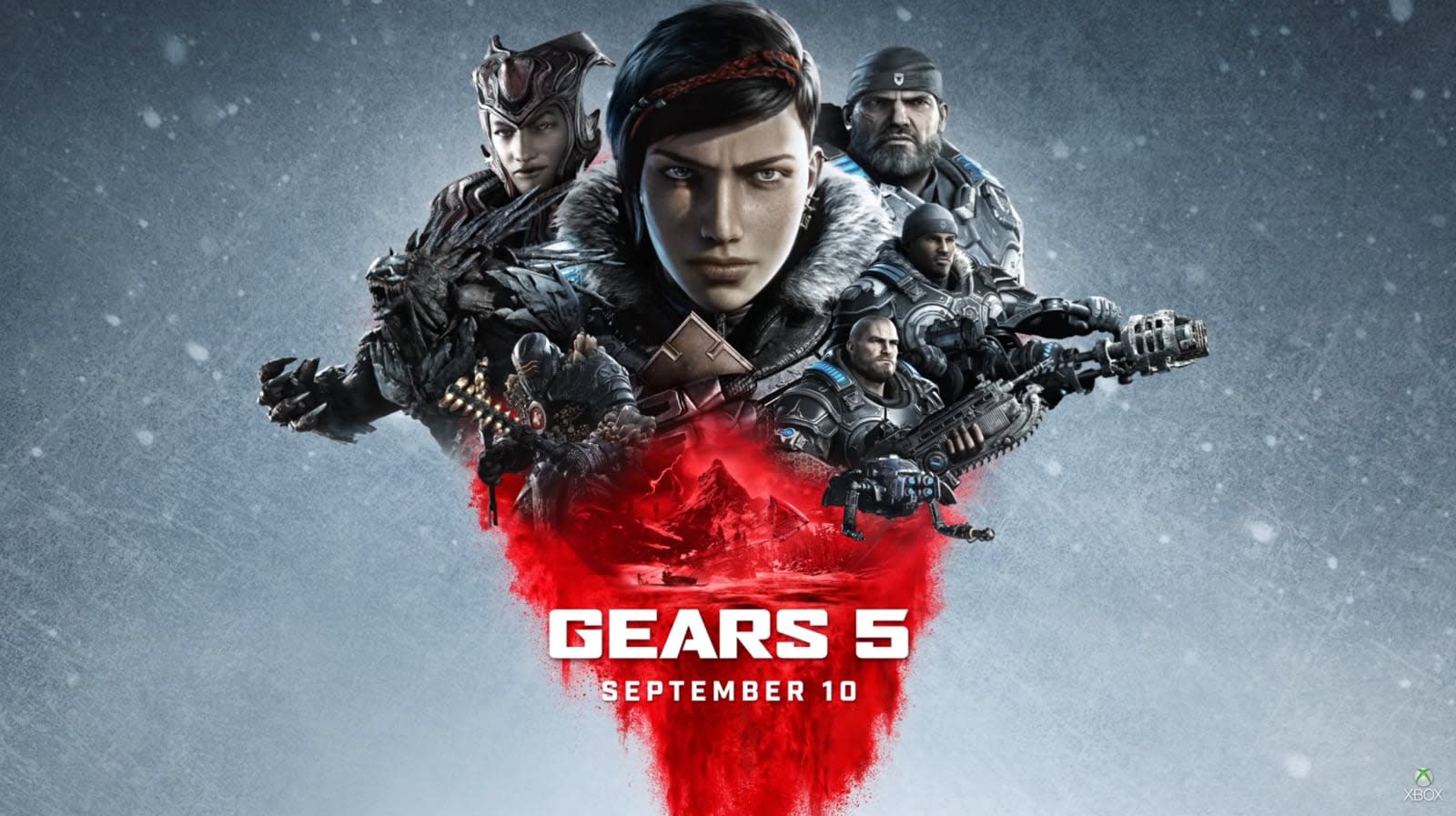 The wait is almost over. After teasing Gears 5 at last year's E3, Microsoft has now revealed that its legendary title is coming to the Xbox and PC on September 10th. As we learned from the cinematic trailer that dropped at E3 2018, Gears 5 is "going back to where it all began," and it features a new female character who will join the one and only Marcus Fenix. Their mission? To discover the origins of the Locust Army, which of course means you're going to be smashing a lot of aliens along the way.

Today, Microsoft also showed off a three-player co-op mode called Escape, which you'll be able to play with friends online. The new mode is described as "aggressive and high stakes," where you're going to join a suicide squad with others and work together to take out enemy hives. Additionally, Xbox teamed up with Paramount Pictures to bring two characters from the upcoming film Terminator Dark Fate to Gears 5: Sarah Connor and the T-800 Endoskeleton, who will both be playable characters in the game.

If you pre-order Gears of 5 Ultimate Edition, or have an Xbox Game Pass Ultimate subscription, you can start playing it four days ahead of its launch date. For the rest of you, September 10th can't come soon enough.

In this article: av, e32019, entertainment, gaming, gears 5, gears of war, gears of war 5, microsoft, pc, sarah connor, t-800, terminator, terminator dark fate, xbox, xbox one, gear
All products recommended by Engadget are selected by our editorial team, independent of our parent company. Some of our stories include affiliate links. If you buy something through one of these links, we may earn an affiliate commission.