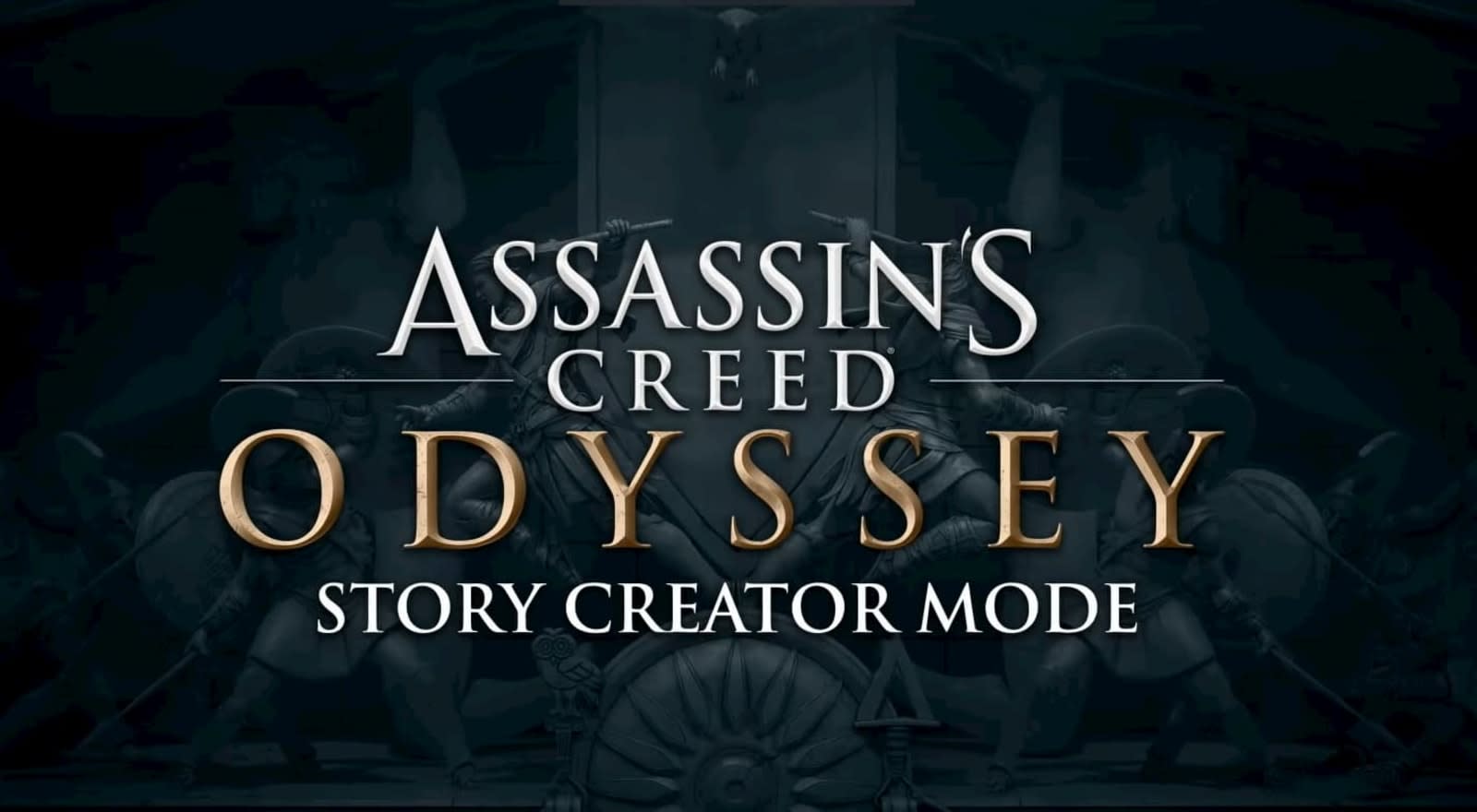 As of today, you'll have more options to flex your creative muscles in Assassin's Creed Odyssey. Ubisoft is releasing a tool you can use to create your own stories by building and linking together a number of quests. You also have the option to share those stories with other players.

Through the story creator mode, you can decide how to start quests and what the objectives are via a web tool (which should prove much less clunky for console players than trying to create a story with a controller). You might direct players to assassinate a target, destroy something, escort another character, reach a certain location or even just talk with someone.

A Twine or flowchart-style system allows you to create branching narratives. For instance, you can trigger different quests based on whether a player passed or failed the previous one. You can pull in characters from the main game and write your own dialogue, using the same dialogue tools from the main game. A validation system seems to offer you reminders to, for example, connect quests to the story and include all the required elements for each one.

The story creator mode is available now for everyone in open beta, and it might help tide you over until the next Assassin's Creed game, which won't be coming this year. The mode also points to a seemingly growing trend. As Blizzard did with Overwatch, Ubisoft is offering players more tools to turn Assassin's Creed Odyssey into a platform for creativity and their own game modes.