How many times do I have to buy 'Final Fantasy VII'?

Ahead of whatever Square Enix shows at E3 this year, lots of questions remain regarding its remake of Final Fantasy VII. Since being announced at E3 2015, details and updates have been scant. For a while, it was all a little worrying -- until Square Enix snuck out a slightly longer trailer last month. It was proof of the game's continued existence and came with the promise of more details in June. Hopefully, it meant today. It's already taken four years to get this far, and the original game launched on the first PlayStation 18 years before that.

Guaranteed gaming press headlines aside, FF7 is important in a lot of ways. It marked the first concerted effort by Square Enix (then Square) to market its long-running role-playing game (RPG) series outside in Japan. FF7 then went on to sell over 11 million copies. It still peppers best game ever lists and it's a part of gaming history -- definitely part of mine.

Final Fantasy VII was the first RPG I'd ever bought, on the first console I owned. I spent over a hundred hours in the game (not rare for the series), beating the optional Ruby and Emerald Weapon bosses, earning Limit Breaks, betting against giant racing birds and doing other things that make no sense unless you've played FF7. I got Great Gospel for Aeris, I mastered all my magic materia and bred a golden chocobo. I even got the bro-date with Barret.

The game became an obsession. I have sold and re-purchased FF7 a ridiculous number of times, across decades, platforms and languages. Also, although I didn't notice it when I was just 13, the game started my fascination with the Japanese language. A decade later, I ended up moving to Japan -- eventually living there twice.

While living in North Japan, I picked up the Japanese copy of Final Fantasy VII International, second-hand, in an overzealous bid to improve my kanji reading skills. I slowly played through the game once more, progressing through conversations and battle choices through sheer muscle memory than through incredible, sudden insight into 2,000 exotic characters. Words written in katakana, like 'materia' and 'chocobo' were freebies.

I later picked up the digital edition on PSN for the PlayStation Portable, which meant I could play (in English!) the entire three-disc game. On. The. Go. My Japanese continued to improve and two years later, I picked up the Japanese download too (2013). I'm not sure why. But it continued.

At that point, I moved back to the UK. I had sold my disc copy of FF7 in English. I guess when university ended, needs must. Meanwhile, Square Enix didn't stop. To coincide with the news of the PS4's Final Fantasy VII Remake, Square Enix announced an iOS version, with level 99 shortcuts, fast-forward and cloud saves. I got that too.

(Don't buy this, by the way. It is still very expensive, and really isn't made for touch devices, and there are so many mini-games with unwieldy controls that you really need physical buttons. The game demands buttons.)

Last month, I downloaded the Nintendo Switch version, which uses the same upgraded textures of the PC version, as well as the aforementioned shortcut upgrades found on the iPhone version. It's also the first time FF7 has ever appeared on a Nintendo console, and is a fantastic way to enjoy a game that is now a retro hit. 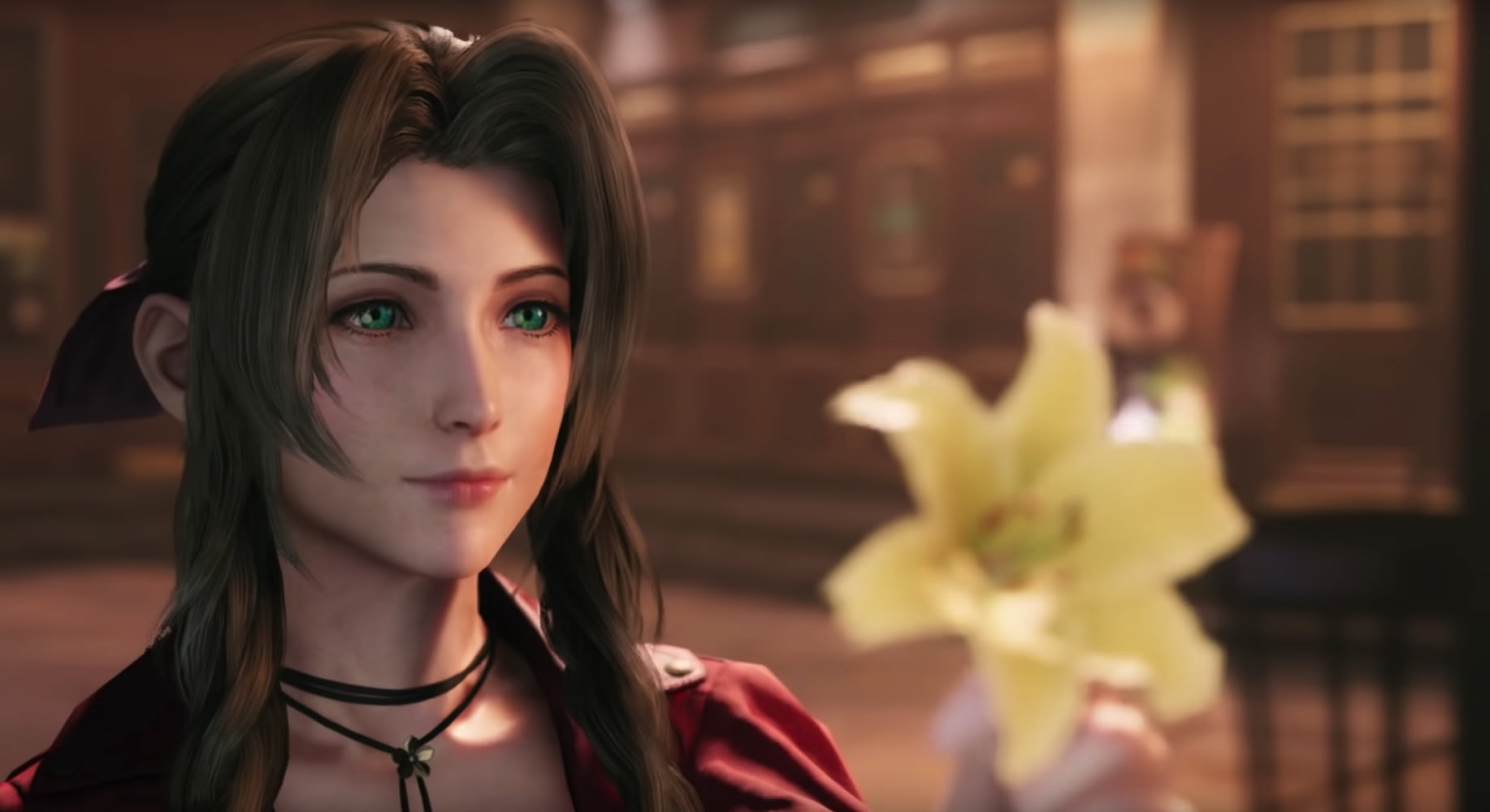 Even when FF7 wasn't being remastered, re-released, or remade, Square Enix has worked hard to keep fans invested in the game's universe -- with mixed results. Beginning in 2004, "Compilation of Final Fantasy VII" was a self-indulgent franchise surge that would make the Marvel universe blush. It encompassed some animated shorts, stories, a mobile game, a mediocre PS2 spin-off and a feature film that acted as a sorta-sequel. There was, apparently, no shortage of enthusiasm for the characters and world of Final Fantasy VII.

Take FF7's protagonist, Cloud, who has appeared in several Kingdom Hearts games, He even joined the monstrous, cross-franchise Super Smash Bros. lineup. According to my cursory research, he's showed up in over 30 different games -- and I'm probably missing a Japanese mobile-only card game or two.

So we return to the Remake, which looks like it'll play completely differently. FF7R doesn't look like a turn-based RPG. (And it's 2019: a big-budget Square Enix title probably can't be a turn-based RPG.) From what we've seen so far, it seems to pull battle inspiration from Final Fantasy XV and Kingdom Hearts -- and I'm not sure how I feel about that.

A big part of the original's appeal was its, at the time, rich, immersive world, with dense locations filled with things to do. While we've seen only cursory glances at what FF7's remade world will look like, so far, it's looking very much like it should. The sprawling metropolis of Midgar looks sufficiently bleak, steampunky and worn down. How will the team reimagine locations like the gambling paradise, the Golden Saucer? How much of the world will you be getting with each episodic nugget?

However the creators attempt to treat the world, battles, and gameplay, will it all work? Everything up until now has either been a graphical repolish, or a spin-off game with entirely different dynamics. FF7R will be a different game -- I'm still waiting to see exactly how different. And, despite my track record, whether I'll buy it.