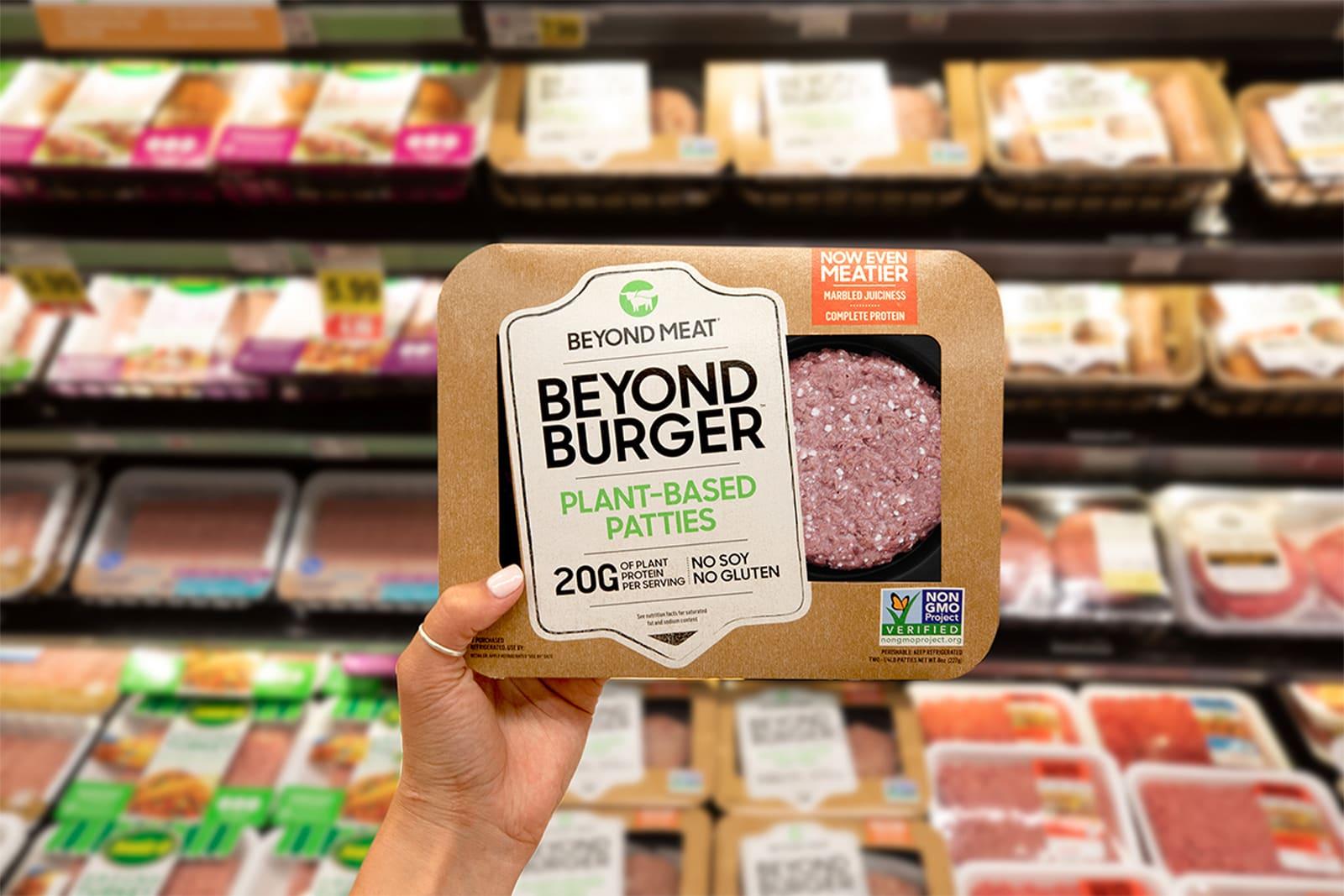 Beyond Meat isn't going to sit by the wayside while Impossible creates juicier versions of its plant-based burgers. The company is rolling out a "meatier" version of the Beyond Burger to grocery stores across the US. The mix of mung bean, pea and rice proteins is supposed to have a more meat-like, "neutral" flavor and texture, complete with marbling (through cocoa butter and coconut oil) that even behaves like fat. You'll also get a more "complete" selection of proteins through the mix of mung bean, pea and rice. And if appearance matters, apple extract changes the color from red to brown during cooking.

The creation also touts a simpler ingredient list and OK Kosher certification. You will have to spend more time cooking them, though, at four minutes per side.

You should see the next-gen Beyond Burger in meat aisles within the next two to three weeks, and you can recognize it by the red tab at the top (see above). It's too soon to say if this will steal some of Impossible's recent thunder, but Beyond certainly needs it. Grocery sales make up about half of the company's business. While it has crucial deals with restaurants like A&W and Carl's Jr, its success still relies heavily on people seeking veggie alternatives to their backyard barbecues.

In this article: beyond burger, beyond meat, burger, food, food and drink, food-and-drink, foodanddrink, gear, hamburger, tomorrow, vegan, vegetarian
All products recommended by Engadget are selected by our editorial team, independent of our parent company. Some of our stories include affiliate links. If you buy something through one of these links, we may earn an affiliate commission.