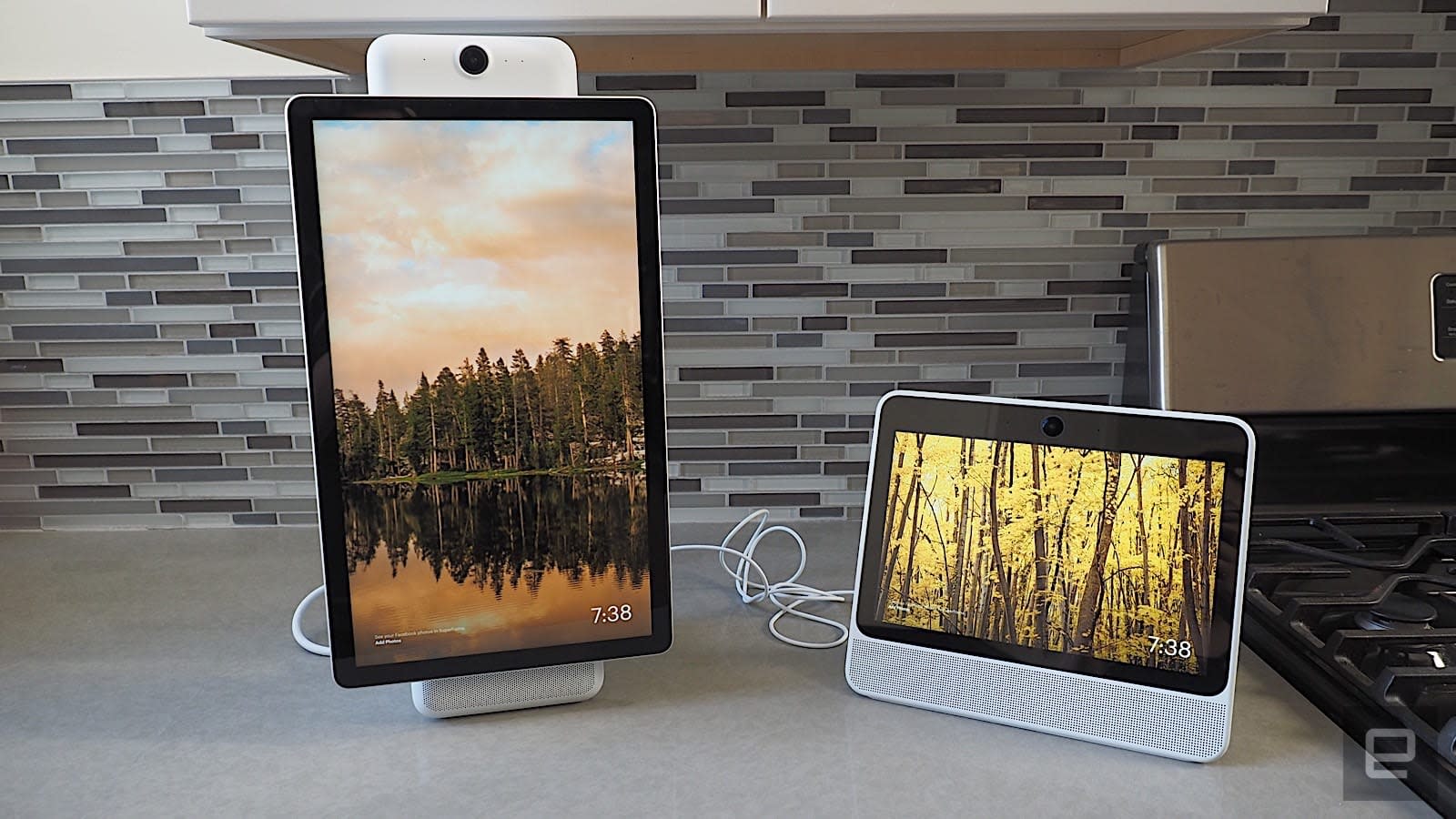 Facebook has apparently been busy designing new variants of its Portal video chatting devices. According to the company's Vice President of AR/VR, Andrew "Boz" Bosworth, Facebook plans to unveil new Portal models this fall. Bosworth has made the announcement on stage at the Code Conference in Phoenix, where he told the audience that the social network is releasing "new form factors" because "there's a whole new generation of hardware coming out." Facebook, he said, wants "to make sure that human connection, connection between two people, is a first-party experience" on a piece of hardware for the home.

The social network released the original model and its bigger sibling, the Portal+, in November 2018. They give avid Messenger users a way to make encrypted video chats using a smart camera that can follow them around while talking. Bosworth didn't elaborate on what he means by "new form factors" -- we'll just have to wait for the unveiling event to see what the models look like. In addition to revealing the new Portal models, Facebook is also expected made the original Portal and Portal+ available in Europe this fall.

In this article: facebook, gear, internet, messenger, portal
All products recommended by Engadget are selected by our editorial team, independent of our parent company. Some of our stories include affiliate links. If you buy something through one of these links, we may earn an affiliate commission.