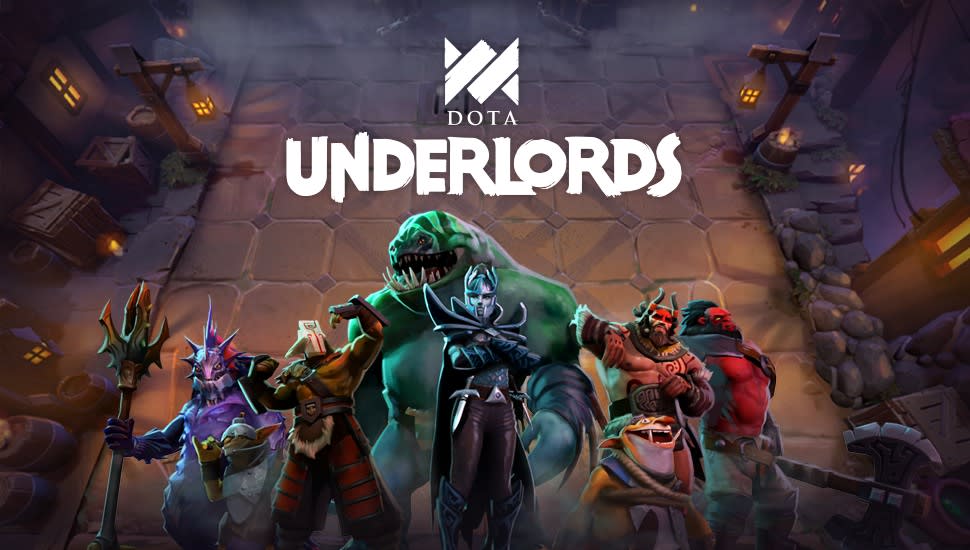 Now that Dota Auto Chess mod maker Drodo has announced plans to release PC Auto Chess as an Epic Games Store exclusive, Valve is releasing its standalone version, dubbed Dota Underlords. In this game, players join the game with seven others while "building, combining, and leveling-up a crew in a battle of dominance for the city of White Spire." The point here is supposed to be the use of tactics over quick-twitch reflexes, and players who've purchased a $10 Dota 2 Battle Pass can try it out right now.

An open beta is slated to begin after "approximately a week" of stress testing of the preview which includes eight-player multiplayer, play vs. bots, or teams against other players and/or bots. The open beta will be available for Steam on all platforms plus Android and iOS, with cross-play and progression carrying over no matter where you play. It looks like Valve has learned a bit from the launch of its last Dota spinoff, Artifact, and now it will be up to players to decide if it's more successful.

In this article: beta, Dota 2, Dota Auto Chess, Dota Underlords, gaming, moba, personal computing, personalcomputing, Valve
All products recommended by Engadget are selected by our editorial team, independent of our parent company. Some of our stories include affiliate links. If you buy something through one of these links, we may earn an affiliate commission.