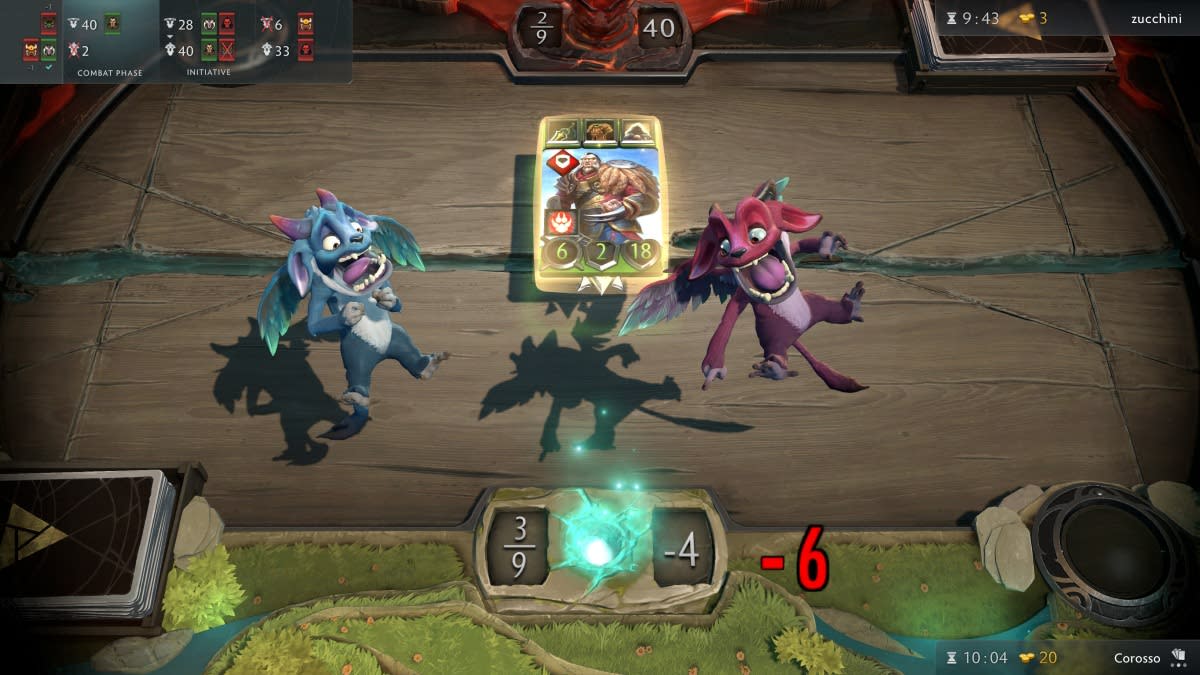 Last year Valve launched a Dota 2 card game spin-off that took aim Hearthstone and Gwent, but according to the team, Artifact hasn't lived up to anyone's expectations. In a blog post, Valve announced it's dropping the old plan of developing a stream of gradual updates driven by conversations with the community. Instead it will "re-examine the decisions we've made along the way regarding game design, the economy, the social experience of playing, and more."

Artifact represents the largest discrepancy between our expectations for how one of our games would be received and the actual outcome. But we don't think that players misunderstand our game, or that they're playing it wrong. Artifact now represents an opportunity for us to improve our craft and use that knowledge to build better games.

At least one of those decisions could be the game's business model. As we noted when its release date appeared, those competing card games are free, while Artifact opted for a $20 starting price and made additional booster packs of cards available for an extra fee on top of that. That made it similar to traditional Magic: The Gathering, a game designed by Artifact's project lead, but, as RockPaperShotgun notes, could come off as stingy compared to both the big guns and even smaller alternatives like Shadowverse or Eternal.

Valve made some big upgrades about a month after launch, but judging by the tone of the post -- or Steam Charts stats that count an average of just 353 simultaneous players over the last 30 days or reviews that are only 15 percent positive over the last 30 days or its fewer than ten viewers on Twitch -- it didn't help hold player's attention. Since then the team has been largely silent. Now it's entering a period of "process of experimentation and development" that's expected to take "significant" time, it's still unclear exactly what the future holds for Artifact, but at least Valve is acknowledging where things stand at the moment.

In this article: artifact, card game, Dota 2, dota2, gaming, internet, valve
All products recommended by Engadget are selected by our editorial team, independent of our parent company. Some of our stories include affiliate links. If you buy something through one of these links, we may earn an affiliate commission.