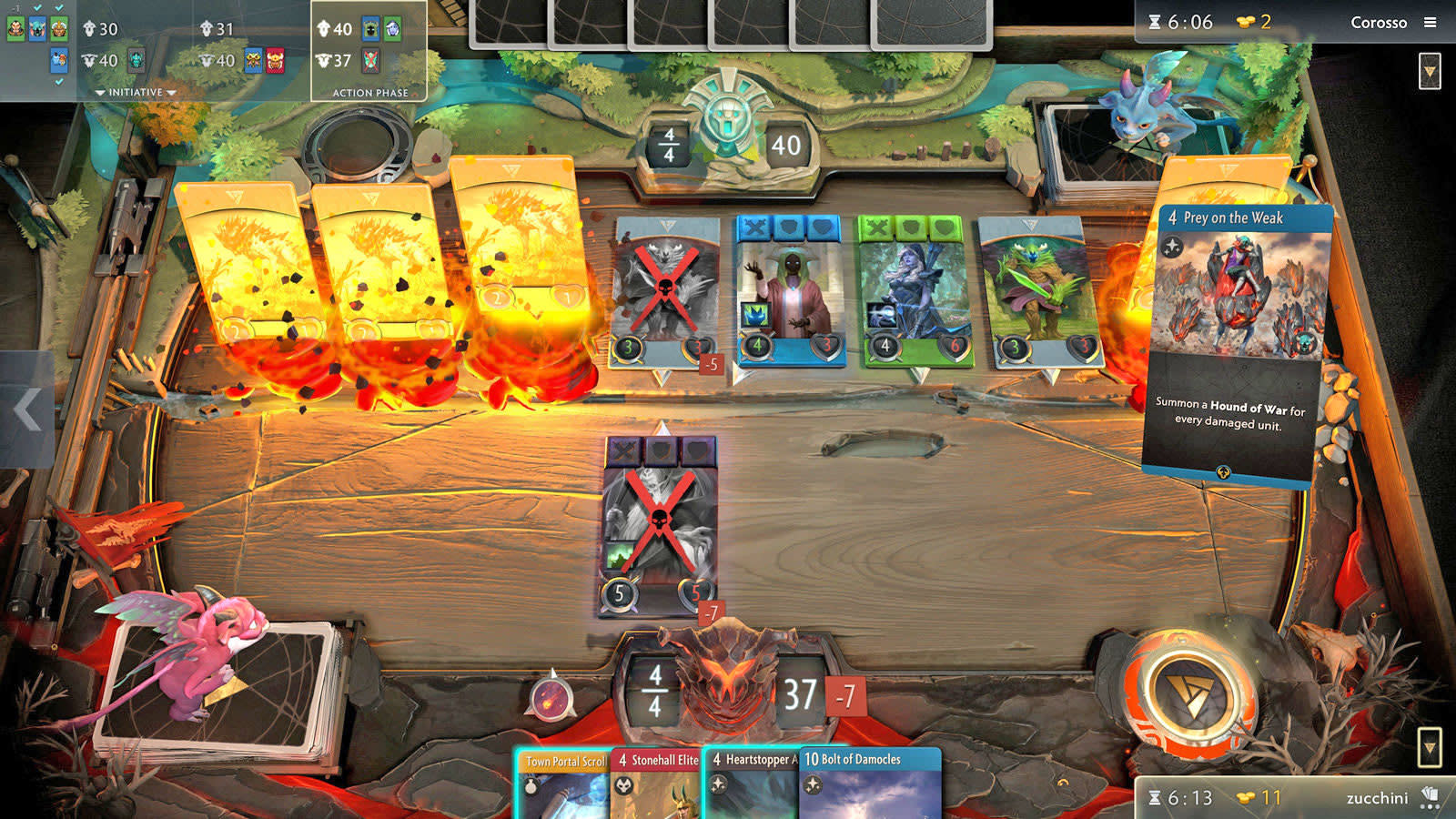 Valve has delivered the first large upgrade to Artifact since it premiered in late November, and it's clear there's lots of headroom for the Dota card game to grow. The 1.1 update adds short Open Tournaments that anyone can join. You don't have to chat up players or advertise them on social networks -- you just have to hop in and wait for Valve to pair you with an opponent. There's also a Free-for-All tourney mode that asks you to play as many people you can within three hours, awarding the win to whoever wins the most games in that time span.

The games themselves should be more social, as well. You can deliver voice lines from every creep and hero through a chat wheel, and you can request Steam Chats either during or immediately after a card battle. You can mute the chat wheel if someone is constantly spamming the same line.

Other additions? There's a new colorblind mode that makes cards more distinguishable. A Bot Gauntlet mode pits you against AI players with increasingly tougher decks. If you want to roll the dice, there's a random mode that will give you a fresh Call to Arms deck every time you queue up for a match. And if you're eager to crow about your achievements, there are Call to Arms leaderboards that give you a chance to improve your standing every two weeks.

This won't necessarily pull you away from the likes of Hearthstone or Gwent. It does show that Valve is determined to flesh out Artifact's gameplay at a quick pace, though. And there's some signs players are receptive to it in its early state. Valve noted that there have been 8.2 million matches since the November 28th debut, and the typical player has hopped in for nine hours. The challenge now is to keep gamers interested after their initial curiosity runs out.

In this article: artifact, cardgames, dota, dota2, games, gaming, internet, personal computing, personalcomputing, update, valve, valvesoftware, videogames
All products recommended by Engadget are selected by our editorial team, independent of our parent company. Some of our stories include affiliate links. If you buy something through one of these links, we may earn an affiliate commission.