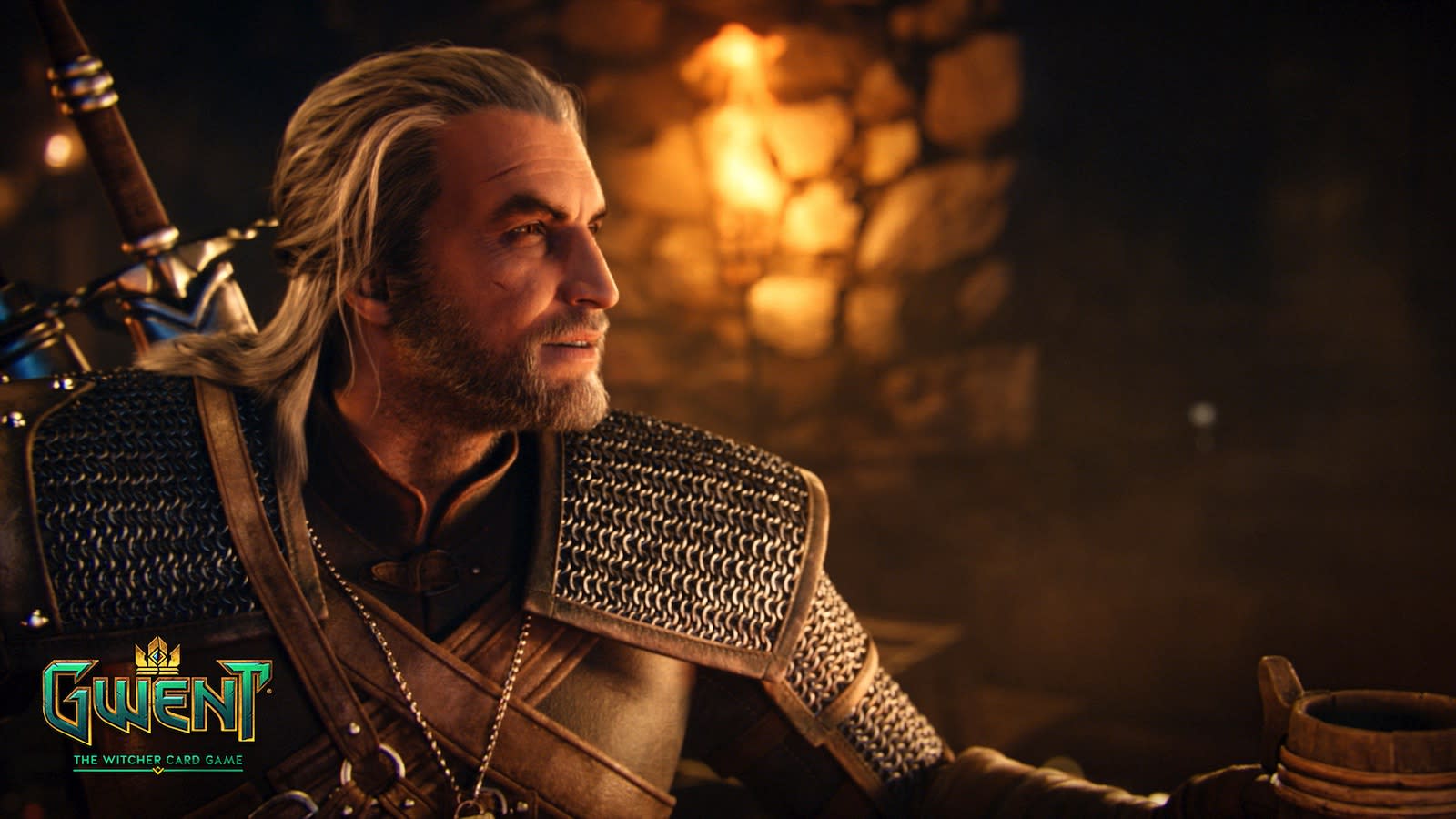 Netflix casting its Geralt for the upcoming show based on The Witcher isn't the only reason fans of the fantasy franchise have to be excited. Developer CD Projekt Red has announced a release date for spin-off digital card-game, Gwent: October 23rd on the DRM-free GOG store. Come the end of next month, the game will finally exit beta (after debuting in June 2016) and when it does, it'll arrive with its revamped single-player campaign, "Thronebreaker: The Witcher Tales." The developer has said this narrative will have stronger ties to the Witcher universe than the previous single-player mode.

Folks playing on consoles will have to wait a little longer, as the PlayStation 4 and Xbox One versions won't be released until December 4th.

CD Projekt Red teased this revamp six months ago, at the time predicting that the overhaul -- apparently the biggest the game has had thus far -- would take at least half a year to complete. So, it's right on track at least when it comes to PC players. In the video above, community manager Pawel Burza says that the additional time needed comes down to sending the game through Microsoft and Sony for certification, and because the team needs a little extra time to work on the console version.

It also means that Henry Cavill will have some new material to sink his teeth into as he preps for his role as the titular witcher (a monster hunter in the game's parlance). After the Superman star said he'd love to play the part recently, Netflix acted on it, capitalizing on the wave of social media support for Cavill's wish in the process. Good luck trying to match that with the next Hearthstone expansion, Blizzard.

A new adventure set in the world of The Witcher awaits! Thronebreaker: The Witcher Tales from CD PROJEKT RED will be released on October 23rd via https://t.co/T30xbQyuLc. The console release for Xbox One and PS4 will follow on December 4th. pic.twitter.com/AKzlMFWB4I

In this article: cardgame, digitalcardgame, gaming, gog, gwent, pcgaming, personal computing, personalcomputing, playstation, playstation4, ps4, thewitcher, witcher, xbox, xboxone
All products recommended by Engadget are selected by our editorial team, independent of our parent company. Some of our stories include affiliate links. If you buy something through one of these links, we may earn an affiliate commission.