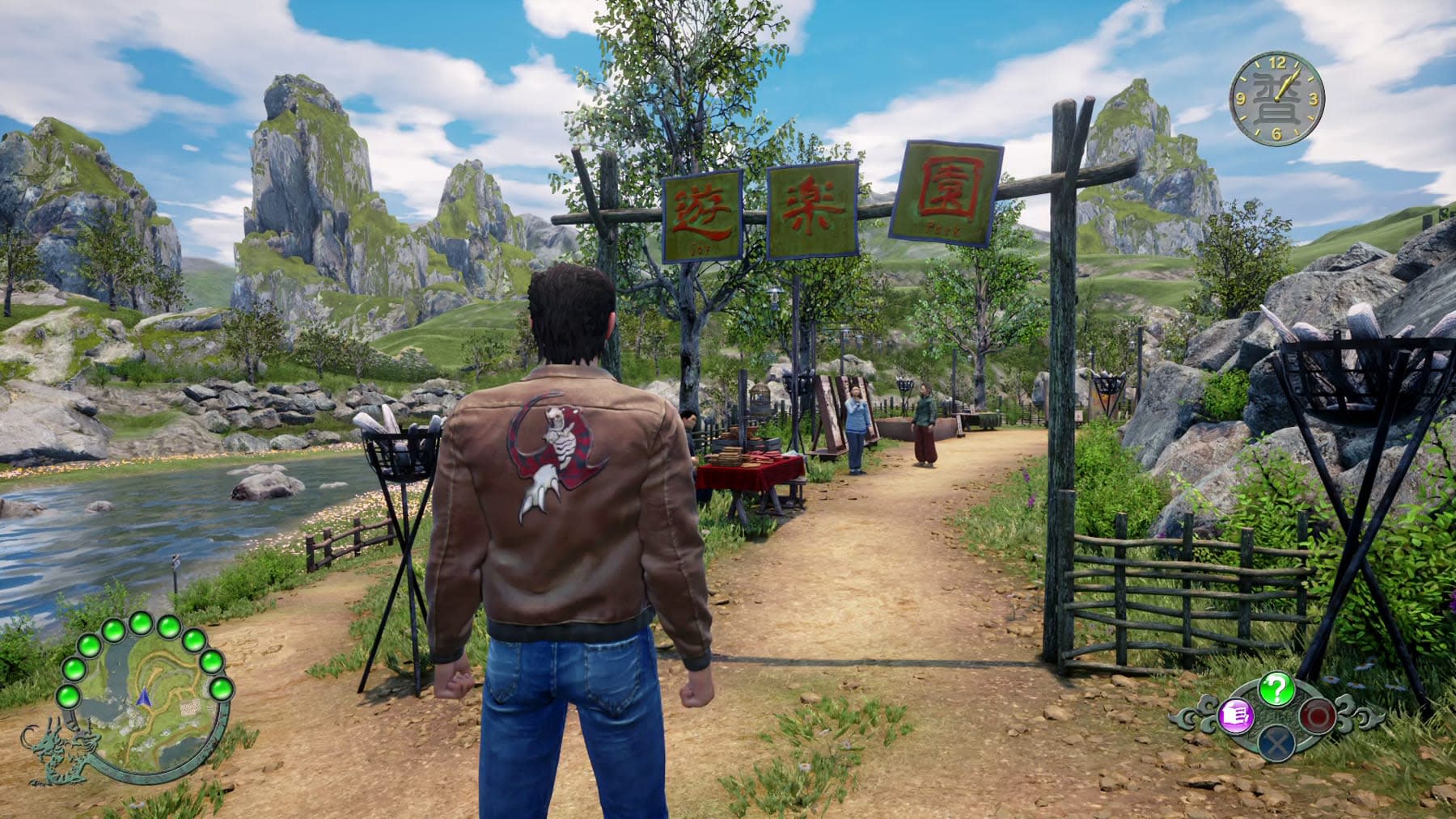 ‘Shenmue 3’ is more Shenmue, for better and worse

The crowdfunded sequel has some familiar problems.

"Is this what I wanted?" I must have asked myself this question three, four, possibly five times during my 15-minute demo of Shenmue 3. The experience, to be clear, was definitively and unashamedly Shenmue. I steered the series' protagonist, Ryo Hazuki, around a beautifully-crafted village filled with charming villagers and side-activities. I talked to people. I played a game of Lucky Hit, the notoriously tricky gambling game from Shenmue 2. I bought some colorful "gacha" toys from a capsule machine. I even practiced my martial arts at a nearby dojo. But I wasn't happy.

To be clear, I love the narrative-driven adventures that Yu Suzuki crafted for the short-lived Sega Dreamcast. They had intriguing mysteries and a day-night cycle that forced you to slow down, chat with store owners and complete mundane but strangely satisfying tasks. The gameplay loop was unique and rewarded players who took the time to wander around and, over the course of several hours, familiarize themselves with the world.

Before my gameplay demo, I was worried that the third instalment -- announced at E3 2015 and crowdfunded within seven hours on Kickstarter -- would deviate from this intentionally slow and thoughtful formula. Open world game design has changed drastically in the last two decades, and I wondered if Suzuki would feel any pressure to simplify or streamline the Shenmue experience.

But that hasn't happened. At first, I was smitten by how familiar everything was. I glanced at the in-game clock, browsed my capsule toy collection and then opened Ryo's useful journal to check my progress in the story. Little had been changed and my first reaction was overwhelming relief.

Within a few minutes, though, that happiness had morphed into concern. Many of the series' problems, I realized, hadn't been fixed. The voice acting was atrociously bad and the characters conveyed little emotion during cutscenes. Ryo looked at everyone with a dead-eyed stare that was excusable in the Dreamcast era but now looks creepy and uncomfortable. The hand-to-hand combat felt stiff and generally lifeless, too. I rattled off a few combos but was largely underwhelmed by how they looked on screen.

At the end of the demo, I put down the controller and realized that nothing had surprised me or surpassed my expectations. And that sucks. I'm grateful, of course, that Suzuki has been given the chance to continue Ryo's story. And I appreciate that the legendary game designer hasn't messed with the series' structure and vision. I just wish everything had a little more polish and didn't feel, well, quite so much like an old Dreamcast title.

For better and for worse, Shenmue 3 is more Shenmue.