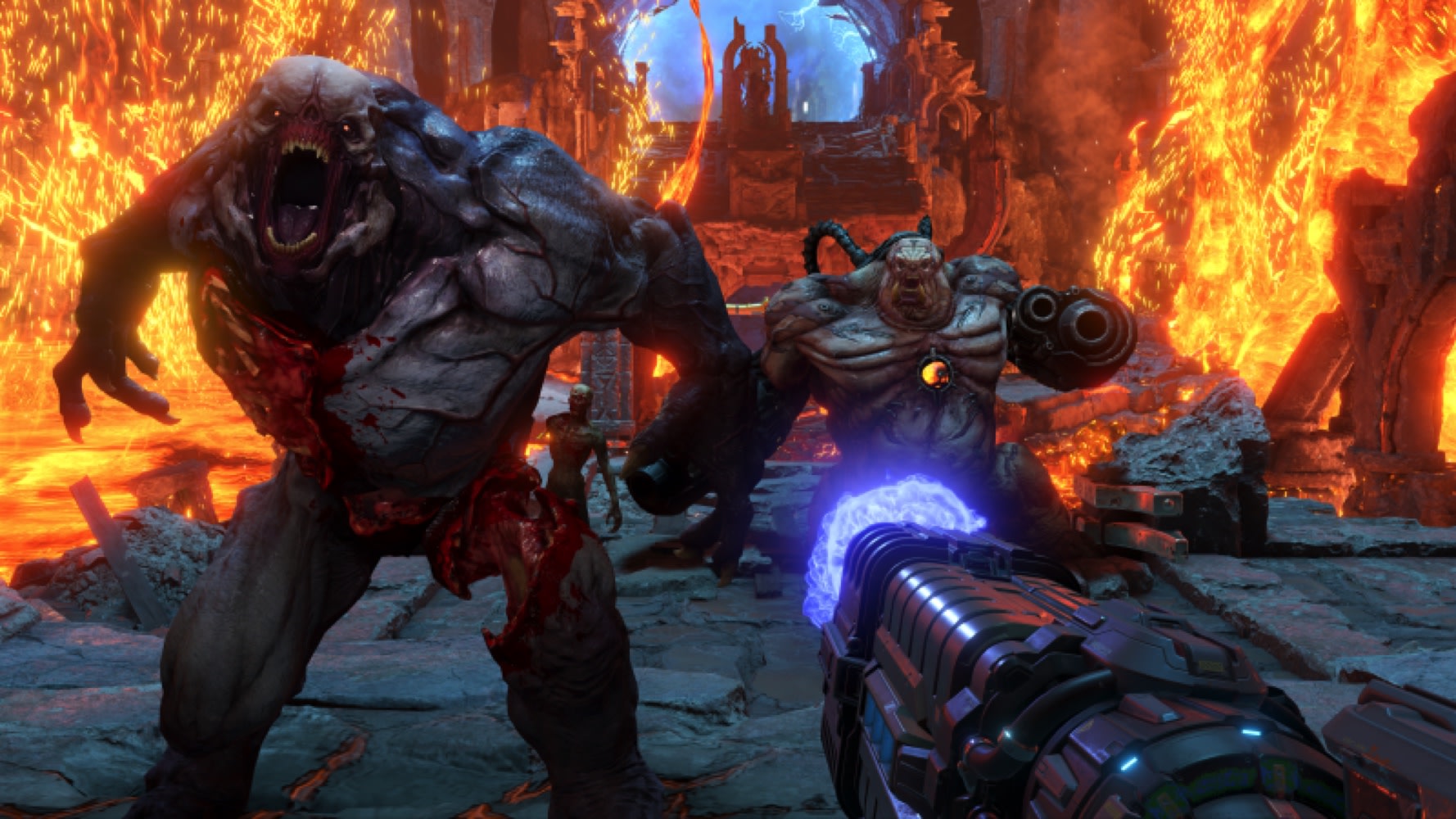 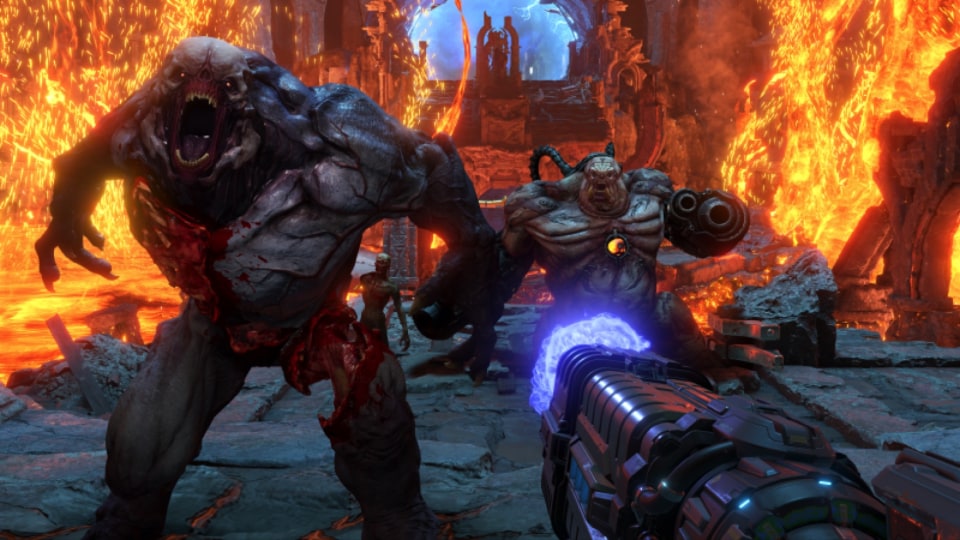 The 2016 remake of Doom reinvigorated the series. It added new gameplay quirks and systems that rewarded your aggression as humanity's savior, the slayer. Depending on how you maneuvered and ended the lives of demons and other threats, you'd pick up health or ammunition. Doom (2016) made you a far more active hunter -- it was not a game where you could hide and wait out your enemies.

So when it came to the sequel, Doom Eternal, the challenge was to build on this bold new play style. This has meant a lot of changes aimed at ramping up the urgency and franticness even further.

Hugo Martin, creative director at id Software, told us to expect fewer health packs and ammo dumps dotted around levels, with item distribution "tuned and tightened" across Doom Eternal. The game also introduces flame belch, a new companion attack that sets demons ablaze, and causes them to bleed armor top-ups. I'm not sure why they do that.

This new flame attack adds yet another dimension to how chainsaw attacks will land you with ammo, and how standard melee kills bump up your health. Somehow, the creators have cunningly snuck a resource-management sim into the world's most iconic FPS series. During my hands-on demo at E3, if my armor wasn't sufficient, then flame belching was my friend. I would focus attacks on hard-hitting demons, dovetailing to one-hit melee kills on lesser foes in order to keep health levels high.

I didn't get to see the title's new Invasion game mode, or anything multiplayer, but it seems the team has taken on feedback regarding the predecessor's lackluster multiplayer mode. Marty Stratton, executive producer for the game, admitted: "There was not a lot of Doom in our multiplayer in 2016, and players noticed that." Martin added, "Multiplayer felt compromised. They smelled that out."

We now know a little more about how multiplayer battles will happen in Doom Eternal, though. You'll be pitched into arena fights against multiple demons, each offering unique powers and abilities, versus a slayer who is "fully loaded" with all the skills from the single-player campaign. You can be the gun-slinging human or the monstrosities -- your choice.

That should mean the inclusion of still more weapons, like the grappling-hook shotgun, which I also tested out during my demo. Not only does it add a swift way to close distance with an enemy, but provides yet another technique for moving around levels and staying on top of the mayhem.

The grappling hook epitomizes what id has added in Doom Eternal: more elements to enrich a game that is, at its simplest, a shoot-em-up. Martin notes that it was important for Doom Eternal to have these various interacting elements inside, whether that's the richer combination of move options or the augment-delivering thrill of melee kills. He said, "These days, if [a game] doesn't have these kinds of metagames inside it, I think it's difficult to hold a gamers' attention."

Martin continued, "When we say engage, we mean it. When you see a giant health pack, you 'save' it, and return when you really need it. We got you thinking, and you're engaged with the levels themselves."

With Doom 2016, Martin said that the final arc of the game suffered from a lack of new monsters, but that this wouldn't be an issue in Eternal. He's promising almost double the types of monsters and new battles in "every single level. Right up to the end, there will be things you haven't seen."

In this article: av, bethesda, design, doom, doometernal, e3, e32019, gaming, hands-on, id software, personal computing, personalcomputing, TL19E3
All products recommended by Engadget are selected by our editorial team, independent of our parent company. Some of our stories include affiliate links. If you buy something through one of these links, we may earn an affiliate commission.