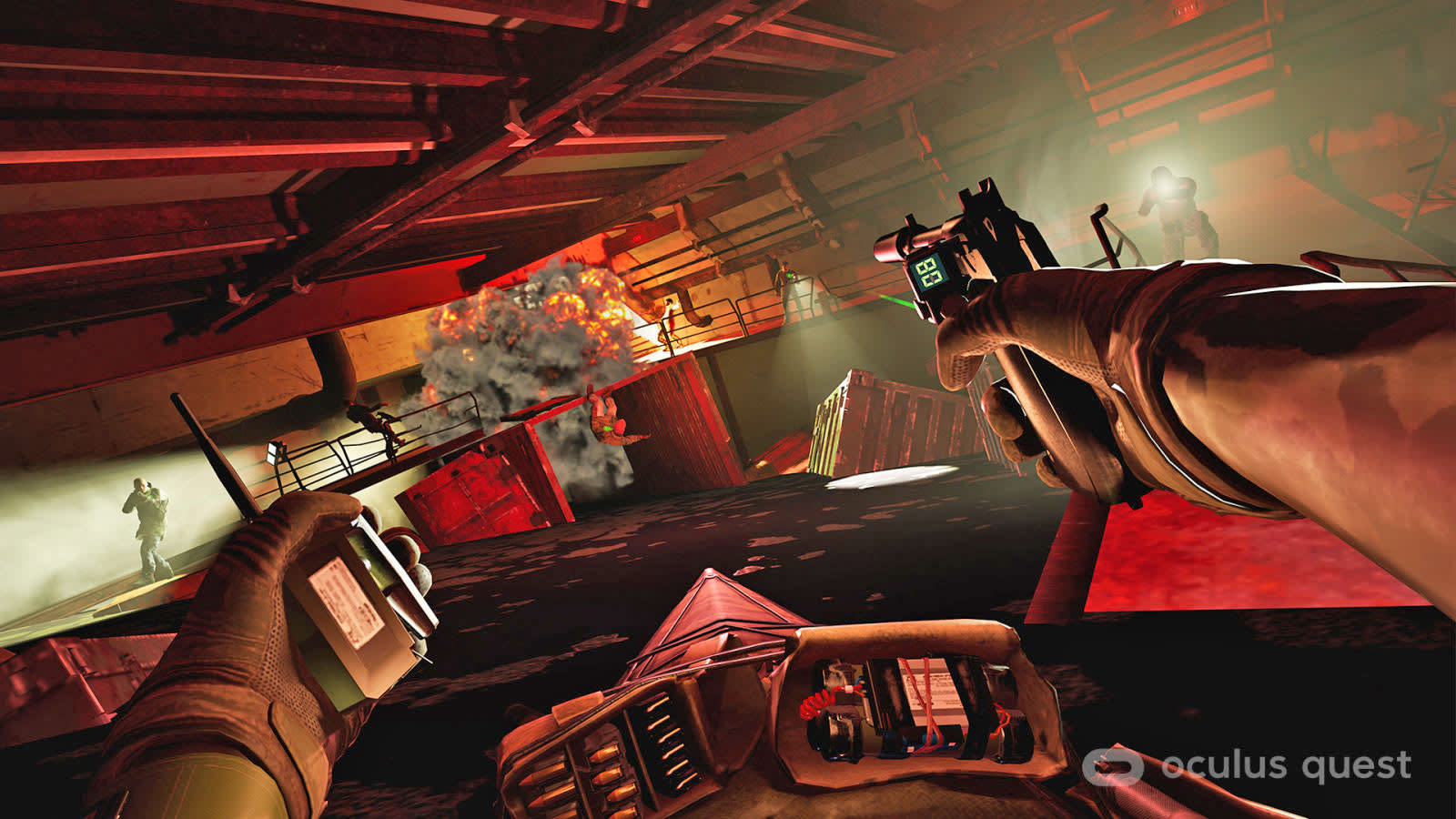 One of the biggest shortcomings with today's VR games is the fact that there's nothing to do with your legs. Virtually no titles enable players to walk around freely, instead opting for teleportation gimmicks or handheld movement controls. But Phantom Covert Ops takes a more unique approach: the game removes the need for you to use your legs by taking place entirely in a kayak.

The idea is that you play as a member of a Special Forces team in 1991, specifically the days immediately preceding the fall of the Soviet Union. As the baltic states reorganized themselves into independent nations, a group of terrorists were able to abscond with a deadly chemical weapon, which they're using to threaten the rest of the world. What's more, they've situated their base of operations in a swamp inaccessible to ground or air attack. And that's where the kayak comes in.

I played an abridged version of the introductory mission at E3 and this game turned out to be a lot more fun than I was expecting. It's like if you crossed Sam Shepard and Gator McKlusky and had the resulting soldier paddle out to blow up a radio tower (the goal of the first mission). Phantom is at its essence a sneaky spy thriller in the same vein as Splinter Cell -- just, you're on a boat. The controls are interesting. You use both hands to grasp the paddle and make circular motions with your arms, like you're cranking on a hand-driven stationary bike, to move around. Once you get the hand of moving around, it quickly becomes second nature. You're also heavily armed with a silenced pistol, sniper rifle and assault rifle (AR); as well as three bricks of C-4, though given how heavily defended that tower is, stealth is a much better option than a frontal assault.

The name of this game is avoiding detection. You've got to stay out of sight of spotlights and sentries, dodge patrol boats by taking cover in reeds, and time your movements perfectly. You can also shoot out lights, snipe at guards and use explosives to create distractions, but since the ammo available is limited (and you're clearly not getting out of the boat to scavenge more) I found myself preferring to sneak through the enemy defenses. How you decide to play will not only have an effect on how (or whether) you complete your given mission objectives but also how well you'll score at the end of the level. The game will offer a number of different unlockable level badges -- ie, Shark for killing 10 or more enemies and Phantom for getting through the level undetected -- to entice repeated playthroughs.

In this article: av, e32019, gaming, hands-on, nDreams, Phantom Covert Ops
All products recommended by Engadget are selected by our editorial team, independent of our parent company. Some of our stories include affiliate links. If you buy something through one of these links, we may earn an affiliate commission.