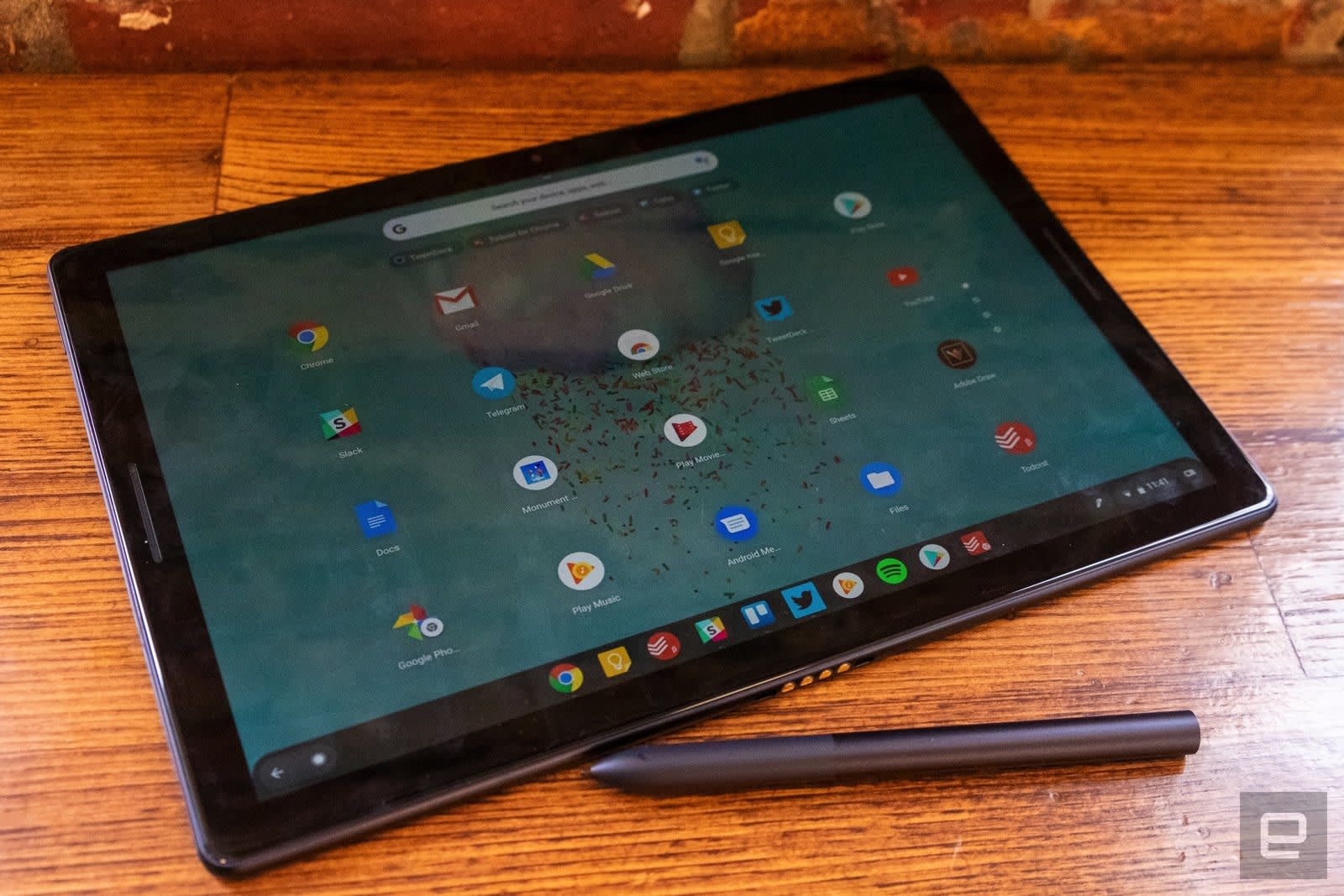 If you're someone who saw the potential in the Pixel Slate, despite its software issues, we have some bad news. Google is no longer planning to make any tablet hardware going forward and will put all its resources behind laptops in the future. In a statement received by Engadget, a Google spokesperson said that "for Google's first-party hardware efforts, we'll be focusing on Chrome OS laptops and will continue to support Pixel Slate." Google's spokesperson also noted that the company will continue working with third-party hardware makers on Chrome OS for both laptops and tablets.

This news came first from JR Raphael at Computerworld, who writes that Google had two smaller tablets in the works, both of which have been cancelled. Going along with that, internal resources are being re-allocated to work on laptop hardware going forward.

This decision doesn't affect Google's own laptop hardware; in fact, it sounds like a successor to the Pixelbook might arrive before the end of the year. That timing would make sense, as the computer will be two years old this fall and could use an update on a few fronts (that giant screen bezel needs to go).

Hey, it's true...Google's HARDWARE team will be solely focused on building laptops moving forward, but make no mistake, Android & Chrome OS teams are 100% committed for the long-run on working with our partners on tablets for all segments of the market (consumer, enterprise, edu)

If Google is truly no longer making tablets, we can say it's been a mixed bag for the company's first-party hardware. The Nexus 7, particularly the 2013 model, was an excellent small tablet, but larger devices like 2012's Nexus 10 and 2014's Nexus 9 didn't find much success, as Android never quite translated well to the larger display. The oddball Pixel C convertible from 2015 was a very intriguing device that was again held back by Android, as the OS just wasn't at the same level of fit and finish as the hardware itself.

And, of course, the Pixel Slate was Google's first Chrome OS tablet -- but it worked best when docked with a keyboard and trackpad. Using it just as a tablet didn't make a lot of sense, again because the software wasn't as well-suited to touch as it could have been. But despite today's news, Google reiterated that it'll be supporting the Pixel Slate for years to come, and the device is still on sale. For the right buyer, it still might make sense -- it has a great screen, solid performance and strong battery life. But going forward, Google's going to try and build on the success it had with the Pixelbook and let the Slate fade into oblivion.

In this article: chrome os, gear, google, personal computing, personalcomputing, pixel slate, tablets
All products recommended by Engadget are selected by our editorial team, independent of our parent company. Some of our stories include affiliate links. If you buy something through one of these links, we may earn an affiliate commission.