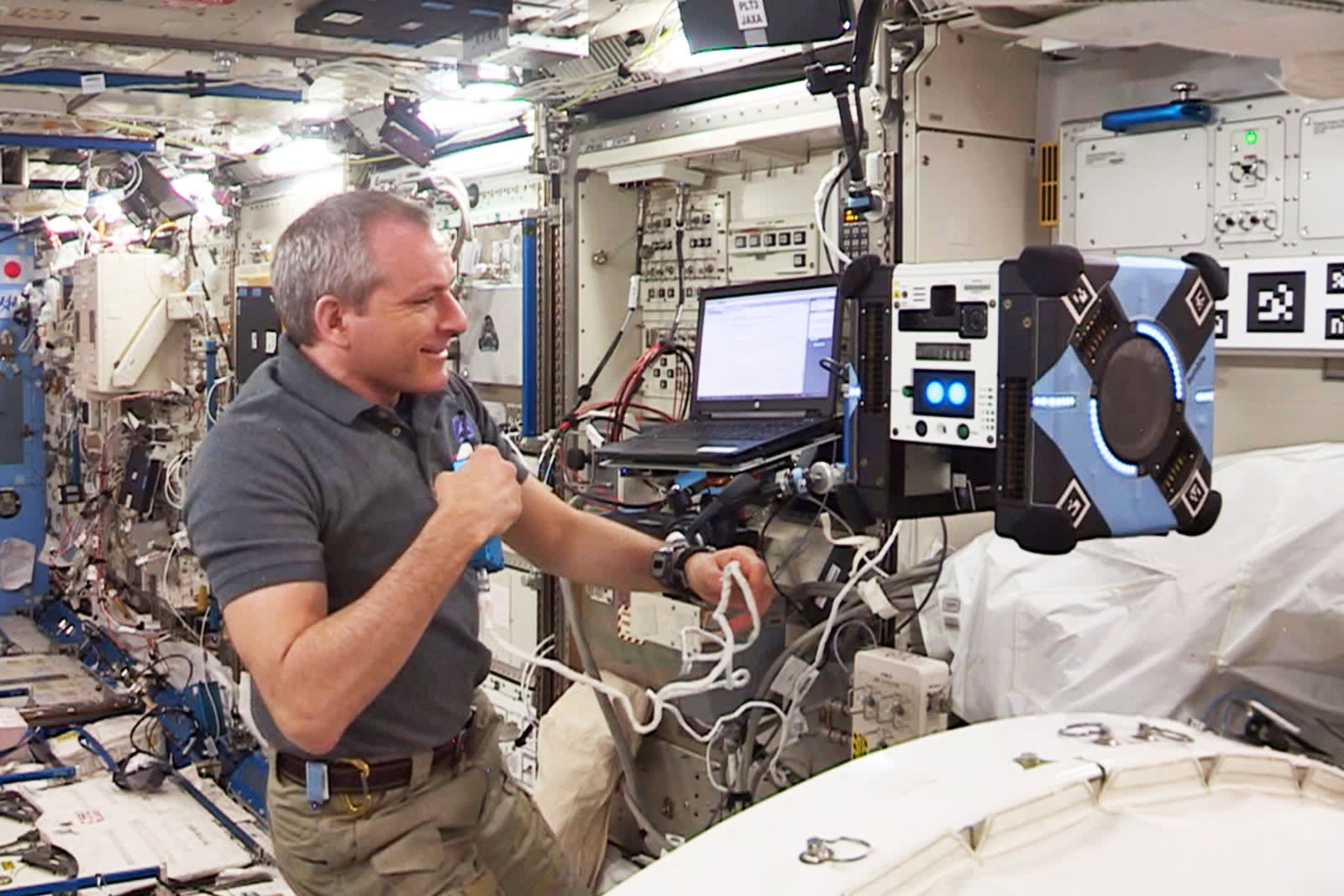 NASA's Astrobee cube robots are finally earning their space wings... in a manner of speaking. The agency has confirmed that one of the bots, Bumble, flew on its own for the first time aboard the International Space Station on June 14th. While the trip involved only basic movements like flying forward and rotating, it was proof machine could work in its intended microgravity environment.

Future tests will have Bumble perform "increasingly complex" moves to show that it's ready for service. There's another robot (Honey) already present on the ISS, while a third robot (Queen) is expected to launch in July.

Eventually, NASA wants robots like the Astrobee series to serve as custodians. They'll perform some of the upkeep and assistance so that astronauts can focus on their missions instead of monotonous tasks. They could be particularly valuable for long-term missions to the Moon and Mars, where personnel and time will likely be very limited.

In this article: astrobee, gear, international space station, nasa, robot, robots, space, tomorrow
All products recommended by Engadget are selected by our editorial team, independent of our parent company. Some of our stories include affiliate links. If you buy something through one of these links, we may earn an affiliate commission.