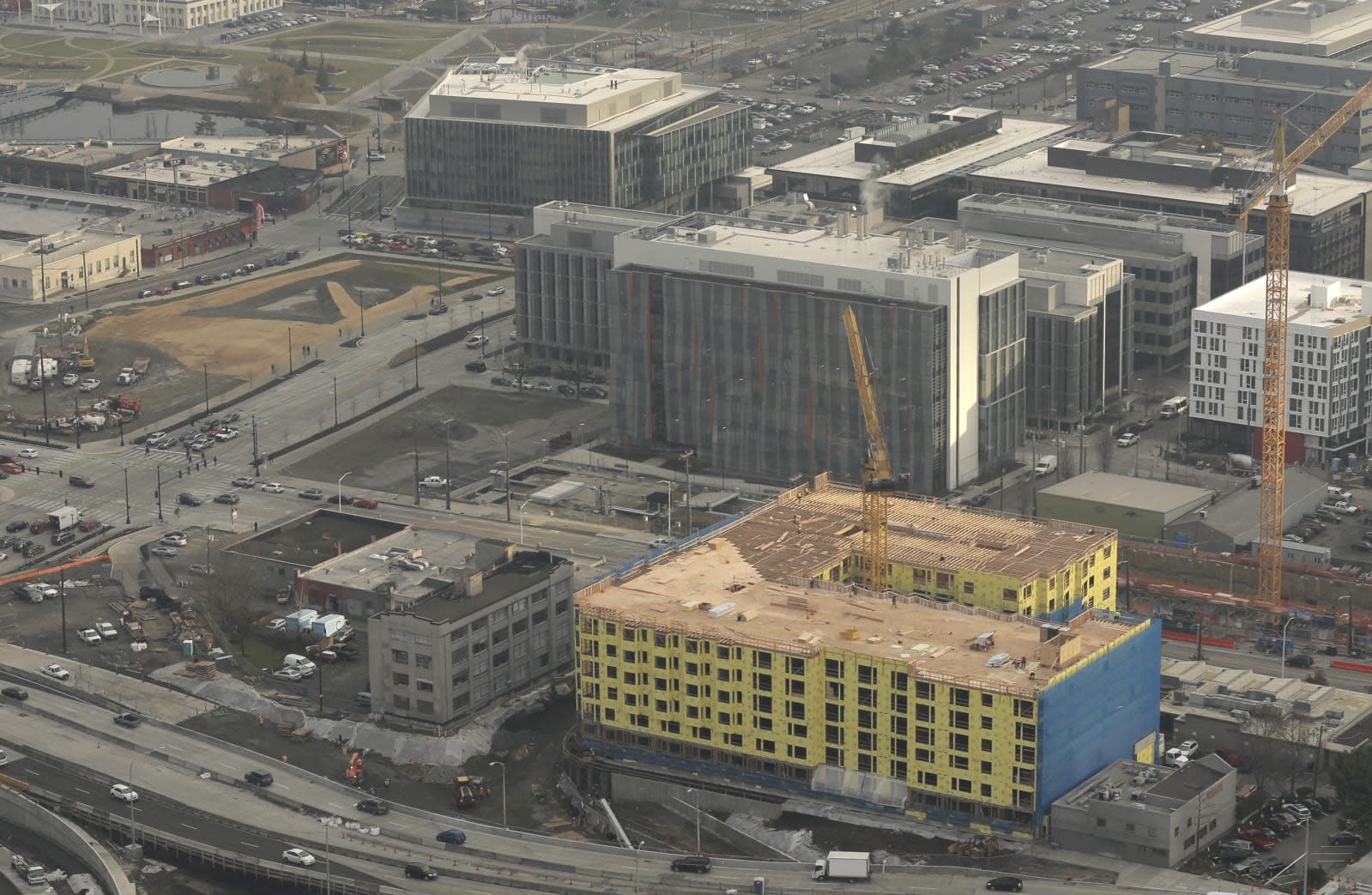 Apple is doubling down on the number of employees it plans on hiring in its new Seattle site. The company announced at a Monday news conference that it would be bringing 2,000 jobs to the city by 2024 -- twice the number it initially planned. The new roles would focus on software and hardware and effectively multiply Apple's existing workforce by five. Currently, there are roughly 500 Apple employees in Seattle, focused mainly in its retail stores and machine learning hub. The expansion would also give Apple a significant presence in Washington State, right alongside competitors Amazon and Microsoft.

In order to accommodate the new workforce, Apple is leasing two 12-story buildings in Seattle's South Lake Union neighborhood. The building's location will be at 333 Dexter, only one block west of Amazon's main campus. Apple and Amazon will be far from the only tech players in the neighborhood; both Google and Facebook have plans to expand in the vicinity.

Tech giants commonly set up shop close to each other in order to keep an eye on the competition, and Apple's wider expansion plans don't veer away from this trend. Apple is reportedly eyeing a building near chip manufacturer Qualcomm for its new San Diego site. The LA neighborhood of Culver City, where Apple is planning on adding 1,000 new jobs by 2022, is also the home of Sony Pictures and Amazon Video. Along with the more than 5,000 jobs it will be bringing to its new Austin site, Apple appears to be in good shape to reach its goal of 20,000 domestic jobs by 2023.

In this article: amazon, apple, business, Engineering, seattle, south lake union, tomorrow
All products recommended by Engadget are selected by our editorial team, independent of our parent company. Some of our stories include affiliate links. If you buy something through one of these links, we may earn an affiliate commission.