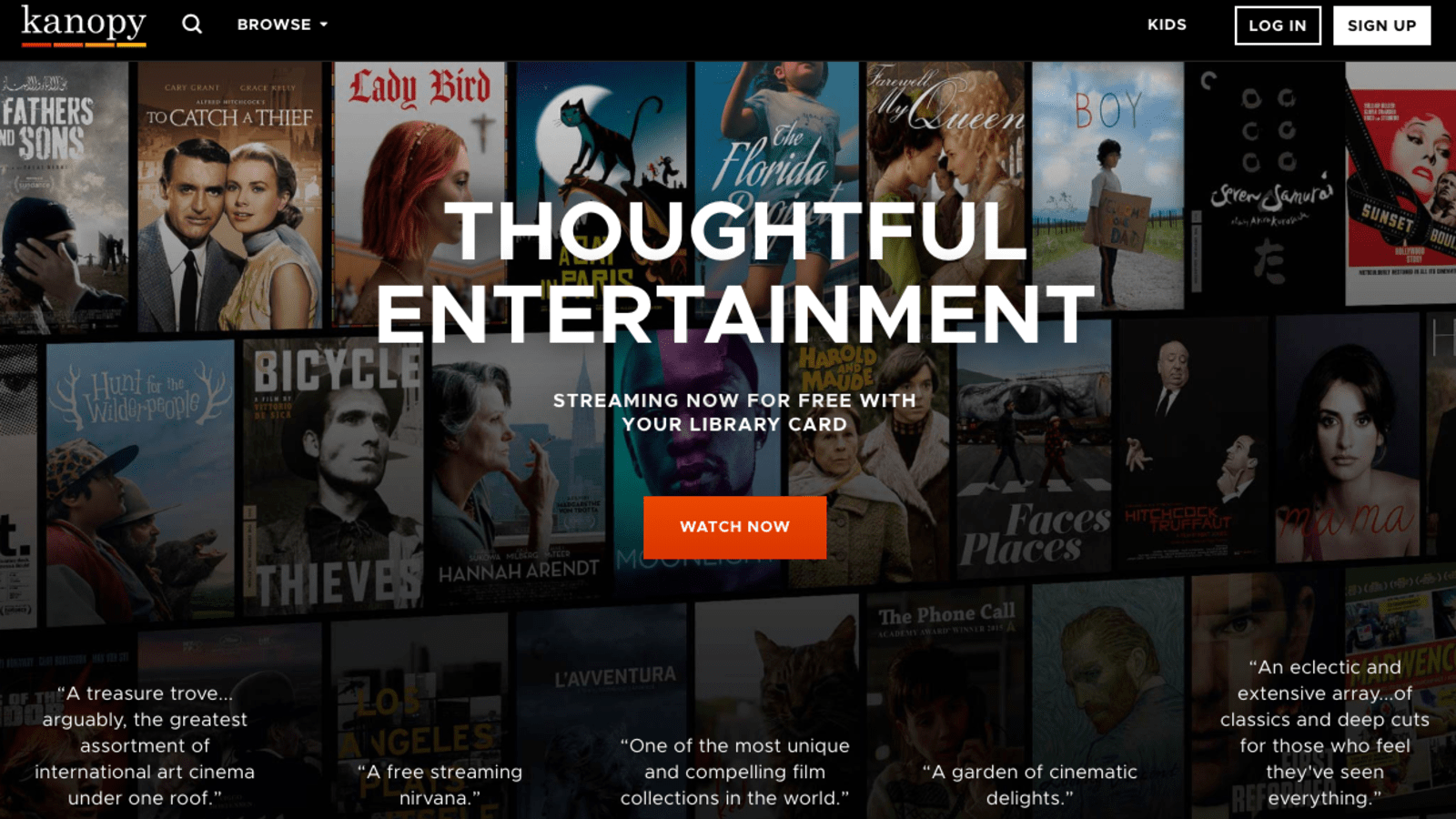 There's no such thing as a free lunch, nor apparently a free movie streaming service. From July 1st, New York library patrons will no longer be able to stream movies for free from their homes as the nonprofit is ending its partnership with streaming service Kanopy, Gizmodo reports.

In 2017, the New York Public Library (NYPL) struck a deal with Kanopy allowing any library cardholder to use the streaming service for free. That gave library users access to 30,000 movies including recent hits like Moonlight, Lady Bird and The Florida Project. It also offered access to harder to find movies which were not available on other streaming platforms, as the collection was focused on documentaries, classics and independent films.

If it seems odd that a library would offer a movie streaming subscription, it's because Kanopy was aimed at the educational sector, and got its start selling DVDs to college libraries. It gradually expanded into streaming and partnered with a number of public libraries.

Although the service is free for users, it is paid for by the library. Rather than the flat subscription fee charged by services like Netflix, Kanopy works by charging libraries a license fee of around $150 for each title, triggered by just three viewings.

These fees can eat up a considerable portion of a library's budget. Stanford library chose to drop its partnership with Kanopy last year, saying the change was made "as a result of the increasing cost of the service, which have escalated significantly in the past year and is no longer sustainable."

"The Library made this decision after a careful and thorough examination of its streaming offerings and priorities," the NYPL said. "We believe the cost of Kanopy makes it unsustainable for the Library, and that our resources are better utilized purchasing more in-demand collections such as books and e-books."

Update 6/25/19 10:48AM ET: This post has been updated to clarify Brooklyn Public Library and Queens Public Library will also end their partnership with Kanopy, in addition to the NYPL.

In this article: entertainment, internet, kanopy, library, nypl, services, streaming
All products recommended by Engadget are selected by our editorial team, independent of our parent company. Some of our stories include affiliate links. If you buy something through one of these links, we may earn an affiliate commission.