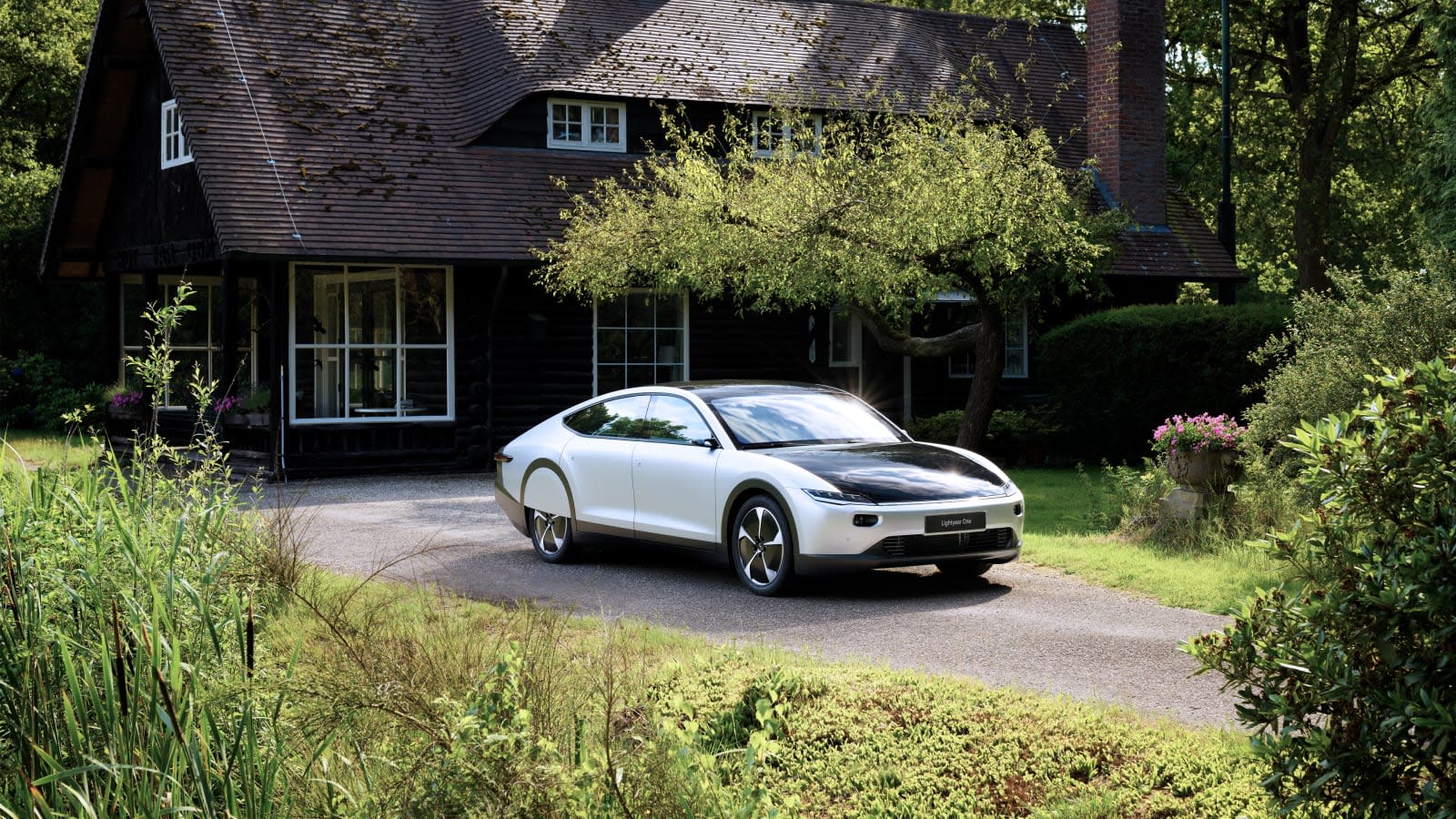 Ever wanted to own an electric car that can charge itself? Soon, that could be a very real possibility. Dutch clean mobility company Lightyear today debuted its long-range prototype, the Lightyear One, with a range of 725 km (450 miles) and a small battery that can be charged directly via sunlight, or from conventional charging stations.

The idea is that you could take the car on long roadtrips because it isn't dependent on charging infrastructure the way that traditional electric vehicles like Teslas are.

The roof and hood of the car are covered with five square meters of solar cells beneath safety glass, which the company claims is "so strong that a fully-grown adult can walk on them without causing dents." And it is designed to be very lightweight, making it more power efficient.

Less weight means you get better range from conventional charging too, so the car can be charged for up to 400 km (nearly 250 miles) in one night from a regular 230V socket. The solar panels add an additional charge of up to 12 km/hour (7.5 miles/hour).

Lightyear is a relatively new company, created in 2016. Its founders developed a solar-powered car -- named Stella -- for the World Solar Challenge in Australia while they were at university and became the world champion in their class. They went on to create the Lightyear company to manufacture and sell similar vehicles on a larger scale. The One is the company's first production model.

This makes the Lightyear more of a purchasable concept than a production vehicle. But if you've got a spare few hundred thousand dollars lying around and you want to help Lightyear publicly test their first production car, now you have another option for environmentally friendly transport.

In this article: gear, lightyear, lightyear one, tomorrow, transportation
All products recommended by Engadget are selected by our editorial team, independent of our parent company. Some of our stories include affiliate links. If you buy something through one of these links, we may earn an affiliate commission.