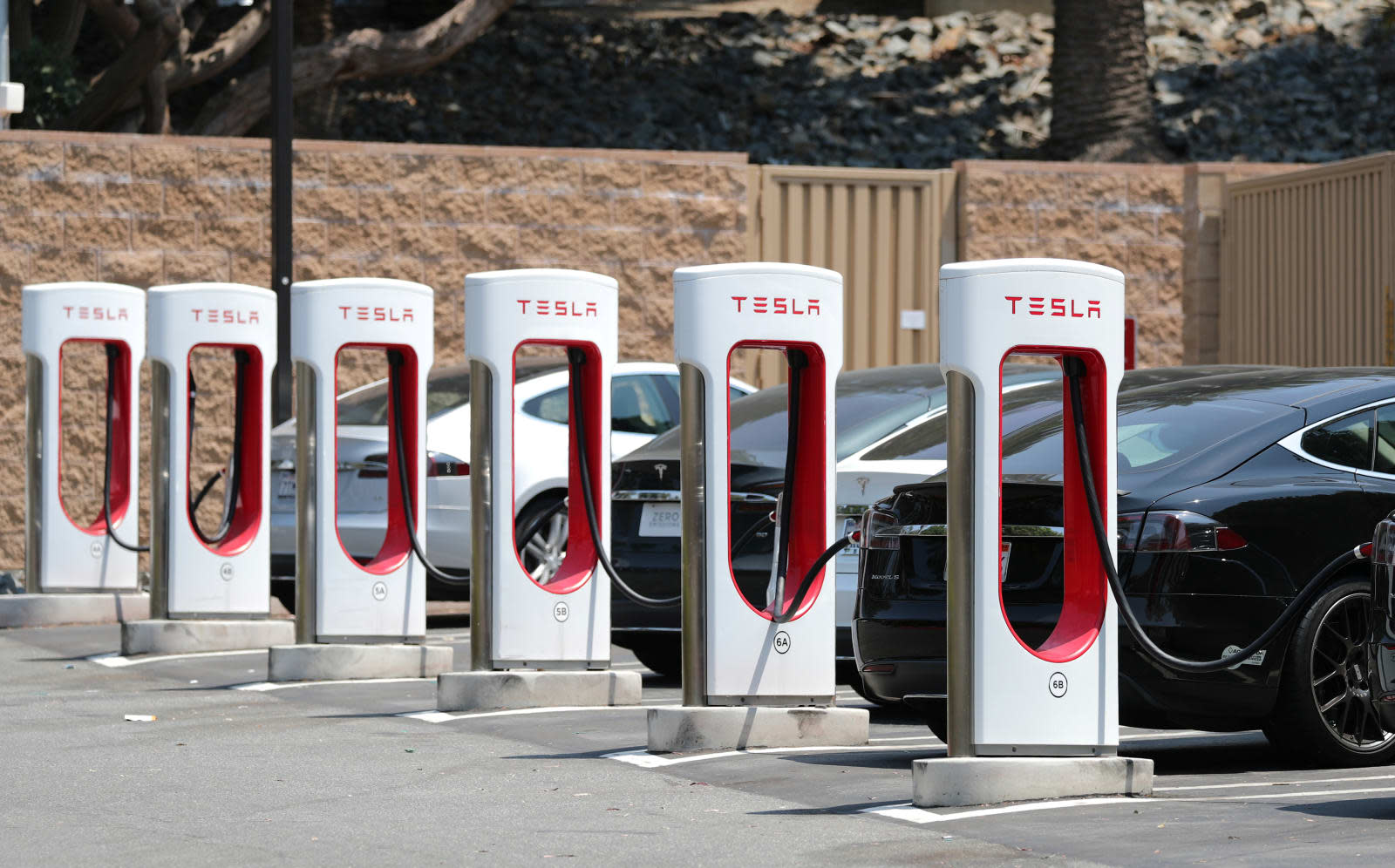 Tesla has started putting a limit on some Supercharger stations in an effort to reduce wait times. In an employee memo seen by Electrek, the automaker said it has released a feature that will limit customers' State of Charge to 80 percent, giving more people a chance to get a turn at a charger faster. That said, it will only affect select high traffic sites, particularly 17 percent of all its stations in North America

The limit will be enforced at 8 percent of the stations at all times permanently, while another 9 percent will be affected by the limitation during the holidays like this Memorial Day weekend or when there are large events like Coachella*. A spokesperson has told Engadget that 17 percent of the company's Supercharging sites will enforce the limit at any given time. Tesla says owners that stop by at an affected station will receive a notification about it, so they don't get taken by surprise.

Even though the limitation will be a permanent feature at some locations, there seems to be a way to get past it for those who really need that extra juice for longer trips. Electrek says they just need to make sure they're routed to a Supercharger on the way to their destination and don't specify the station as the destination itself.

Tesla also said in the memo that it believes the limit can result in a 34 percent improvement in throughput at its busiest stations when combined with other Supercharger features. One of those is On-Route Battery Warmup, which can reduce charge times by 25 percent by raising the battery's optimal temperature before arriving at a station.

*Update 05/25 1:30PM ET: A Tesla spokesperson has clarified how its stations will enforce the limit.

In this article: gear, supercharger, tesla, transportation
All products recommended by Engadget are selected by our editorial team, independent of our parent company. Some of our stories include affiliate links. If you buy something through one of these links, we may earn an affiliate commission.