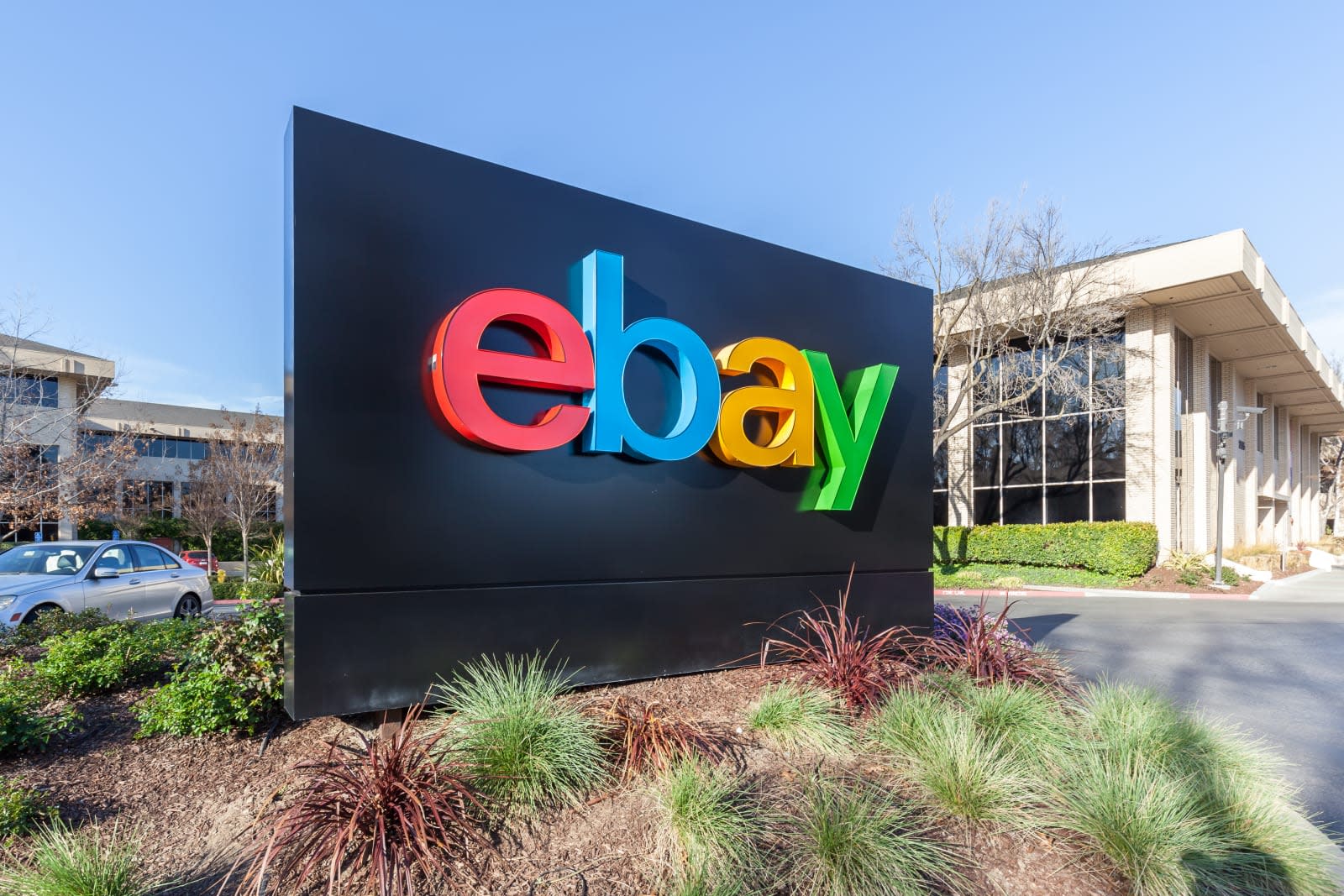 July is almost upon us. That means it's nearly time for Amazon's huge Prime Day sale, which it's expanding to two days this year. But, like Target, eBay isn't content to give its rival all the spotlight, and plans to be right there with its own deals. eBay is running its own Crash Sale on July 15th, aka the first half of Prime Day.

In fact, you might actually be crossing your fingers that Amazon's servers buckle under the Prime Day pressure again. If the sale does force Amazon offline for a spell, that'll trigger a bunch of "too-good-to-be-true" deals on eBay. As things stand, eBay says you can claim more than 50 percent off goods from the likes of Apple, LG, Samsung, KitchenAid and Garmin. It'll have more deals in the hopper in the lead up to the Crash Sale, with deals on items like robot vacuums, stand mixers, smart home gear and more, with up to 85 percent off certain items for three weeks, starting July 1st.

"eBay is primed to deliver exactly what shoppers want during this year's crash (sale)," Jay Hanson, COO of eBay Americas, said. "July has become a massive shopping season, and our summer sales include blockbuster deals that will not disappoint."

It'll be worth keeping an eye on whether other retailers hop into the fray, as Amazon seems to be leading the charge towards another major, widespread shopping holiday, albeit one that's in the summer rather than the day after we've all stuffed ourselves with turkey.

In this article: amazon, amazon prime, amazon prime day, amazonprime, amazonprimeday, business, crash sale, crashsale, ebacy, gear, outage, prime day, primeday, sale, thebuyersguide
All products recommended by Engadget are selected by our editorial team, independent of our parent company. Some of our stories include affiliate links. If you buy something through one of these links, we may earn an affiliate commission.