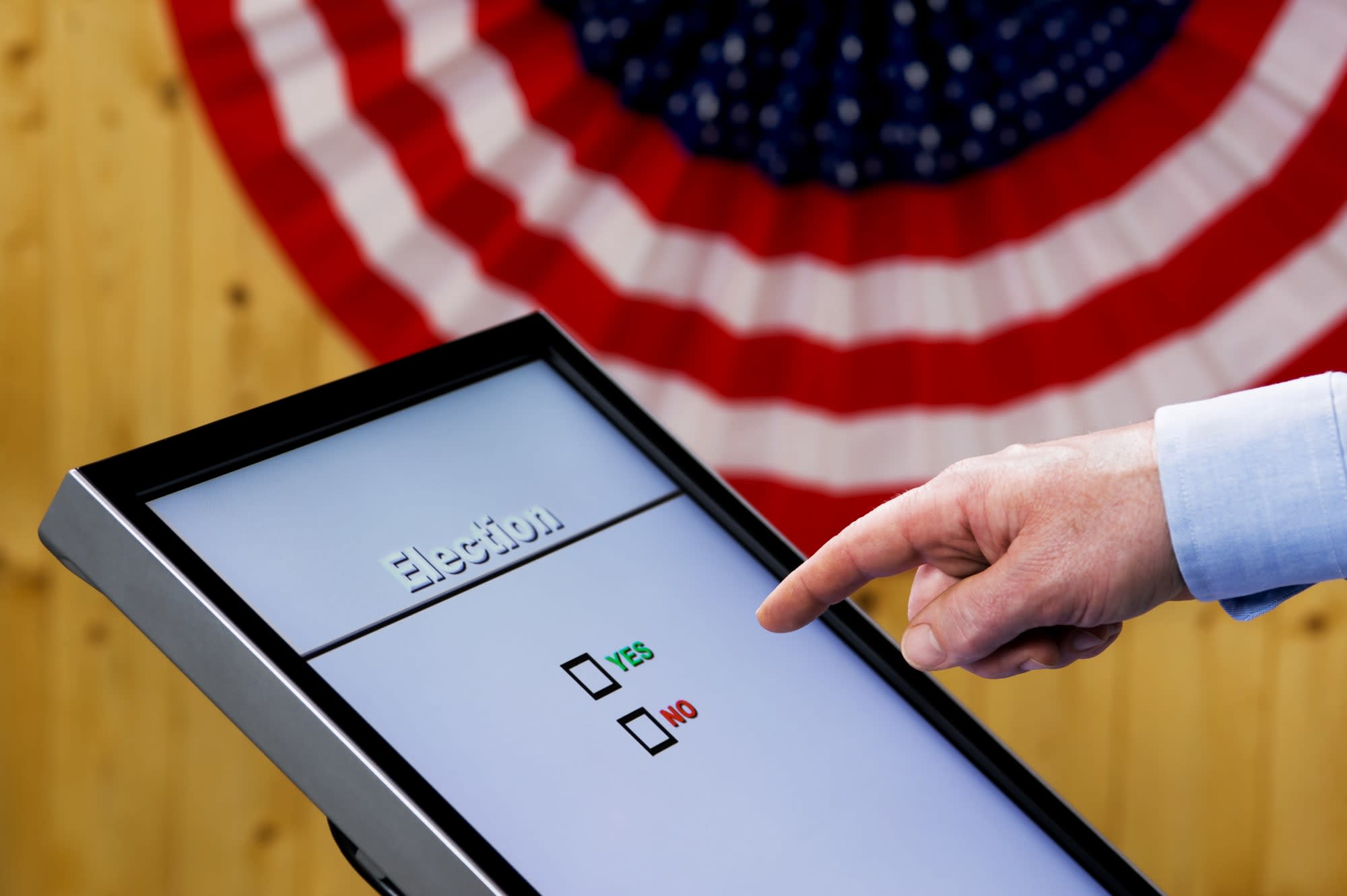 The House passed a bill that would require states to strengthen their voting systems from hacking. Known as the SAFE Act (HR 2722), the chamber approved the bill by a party-line vote of 225-184. Only one Republican -- Rep. Brian Mast of Florida -- voted for the measure. The SAFE Act will now head to the Republican-controlled Senate, where it seems unlikely that Senate Majority Leader Mitch McConnell (R-KY) will bring it to the floor.

The SAFE Act is the most recent attempt by Congress to respond to Russia's hacking of US election systems outlined in the Mueller report. If passed, the bill would mandate the use of paper ballots and require all voting machines be made in the US. The bill would also authorize $600 million for states to update their voting security systems and $175 million biannually. "I know that other Members have spoken about the provisions of the bill, but I just would really like to know from my Republican friends, what's wrong with replacing outdated, vulnerable voting equipment? What is wrong with requiring paper ballot voting systems to ensure the integrity of our elections?," said Speaker Nancy Pelosi (D-CA) on the House floor prior to Thursday's vote.

Election security experts have long warned that paperless ballot systems are vulnerable to hacking. States began introducing paperless voting machines following the 2000 presidential election, during which Florida's "hanging chad" paper ballots prompted a recount. But after states shifted to electronic voting machines, it became obvious that they were easy to hack and their lack of a paper trail would make it difficult to prove that tampering took place. Earlier this month, a top elections-equipment provider vowed to stop making paperless voting machines altogether.

But proposals from Congress to update the nation's voting infrastructure have gotten a chilly reception from Republicans and the White House. "I don't think there is any likelihood that we are going to move a bill that federalizes more of the election process," Senator Roy Blunt (R-MO) told Wired last week. But when it comes to paperless voting machines, the problem isn't nationwide. In reaction to concerns over Russian hacking, nearly two dozen states and the District of Columbia switched to paper-only ballots in the 2018 midterm elections. In fact, just three states (Pennsylvania, Texas and Georgia) account for half of the paperless voting machines used in the nation, according to a recent Election Assistance Commission survey. Pennsylvania Governor Tom Wolfe has already ordered all counties to buy new voting machines that leave a paper trail. But neither Texas nor Georgia have responded to demands that they update their voting infrastructure.

In this article: politics, security, tomorrow
All products recommended by Engadget are selected by our editorial team, independent of our parent company. Some of our stories include affiliate links. If you buy something through one of these links, we may earn an affiliate commission.