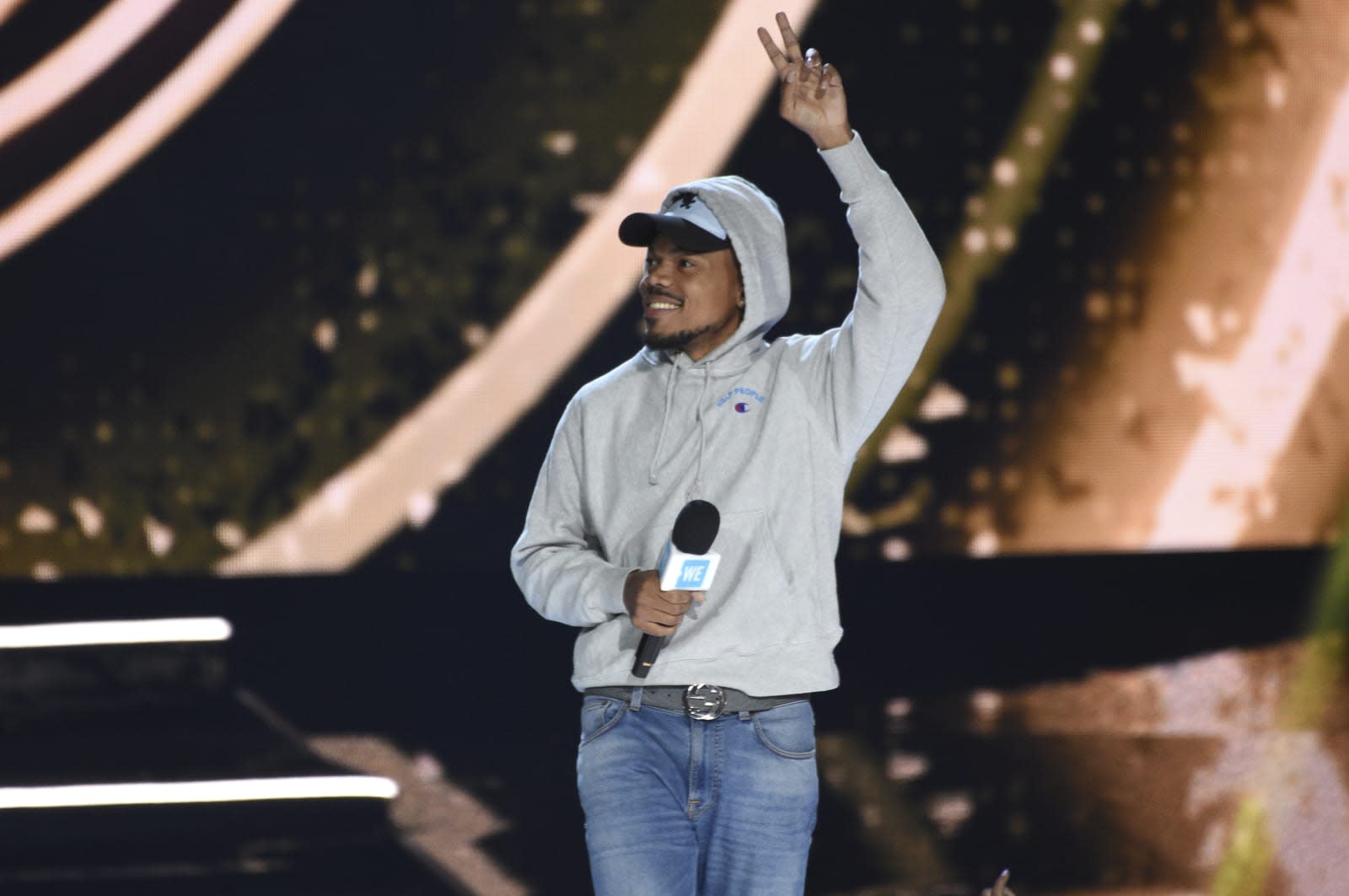 Before Chance the Rapper released his 2016 streaming-only album Coloring Book, he shared his first two mixtapes, 10day and Acid Rap, for free on SoundCloud. They've lived there since 2012 and 2013, respectively, but as of today, they're available on Apple Music, Spotify and other major streaming services, too. As Engadget's Billy Steele wrote when Drake's So Far Gone mixtape hit streaming services, these early works don't always make it to streaming platforms, so it's significant when they do.

Chance the Rapper has certainly benefited from streaming. In 2016, Apple paid him $500,000 for a two-week exclusive of Coloring Book, which became the first streaming-only album to hit the Billboard 200 chart. In 2017, when streaming-only albums became eligible to win at the Grammys, Coloring Book earned Best Rap Album. Chance also won Grammys for Best New Artist and Best Rap Performance for the song "No Problem."

All three of the mixtapes are now available on vinyl, via his website, where you can pre-order his next LP. He's also offering a pre-sale for his next world tour.

In this article: 10day, acid rap, apple, apple music, av, chance the rapper, entertainment, internet, mixtapes, soundcloud, spotify, streaming music
All products recommended by Engadget are selected by our editorial team, independent of our parent company. Some of our stories include affiliate links. If you buy something through one of these links, we may earn an affiliate commission.