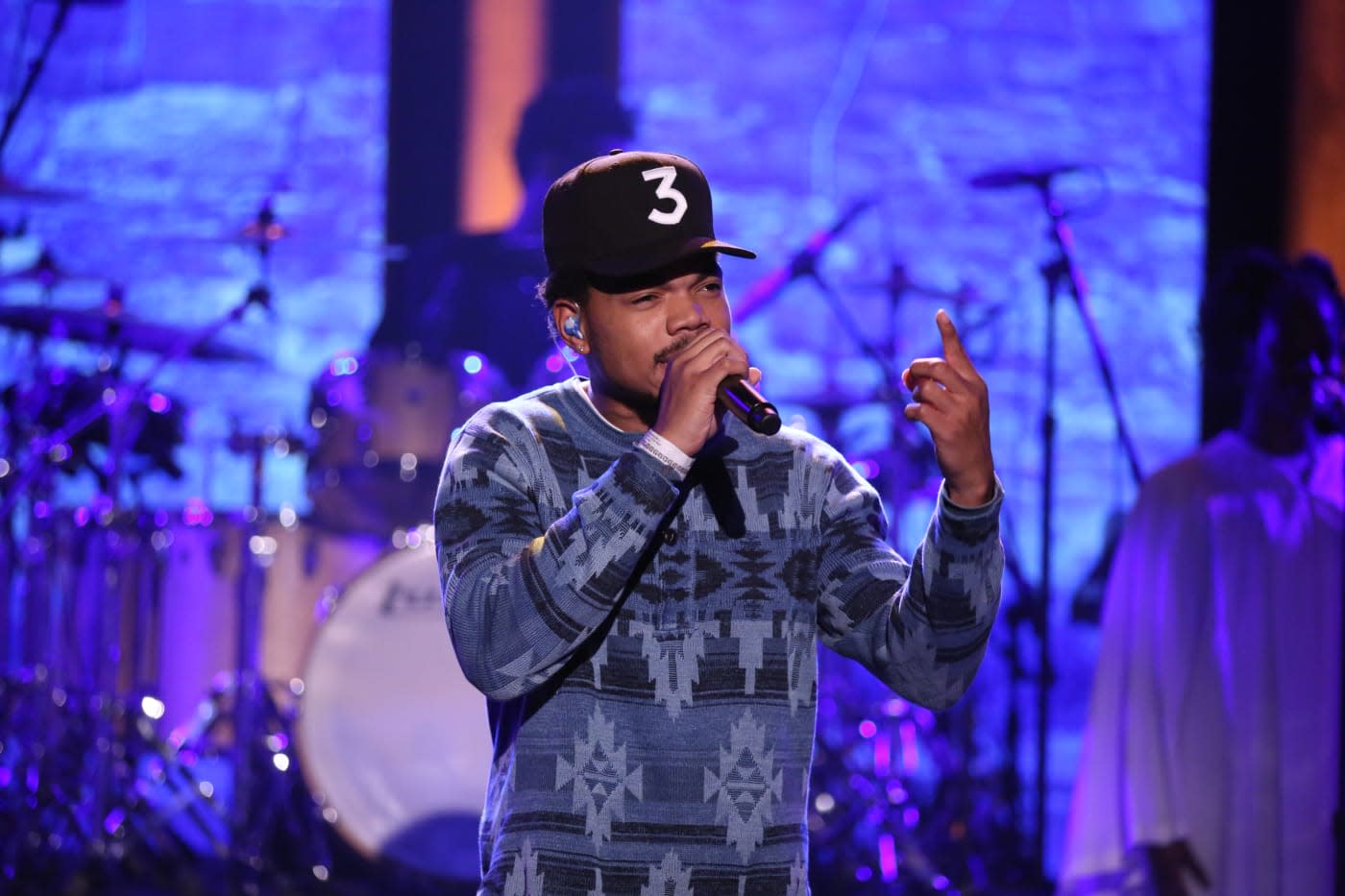 In late 2014, the Billboard 200 chart began to take into account both album sales and streaming plays for its rankings. When the list is updated this week, the first streaming-only album will be included on the chart. Chance the Rapper's Coloring Book debuted at number 8 on the list with 38,000 in equivalent sales since its debut on May 13th. The album is an Apple Music exclusive until May 27th where it has tallied 57.3 million streams so far. According to Billboard, there are no plans to make the album available for sale. When Billboard started including streams over a year ago, it announced that 1,500 streams from an album would translate to "an equivalent album unit."

You might be thinking that Kanye West's The Life of Pablo should've been the first record to achieve this feat. It would've been, but despite the fact that most of its plays (99.93 percent in the last week) came from streaming, that album was put up for sale. With streaming exclusives becoming part of high-profile album releases, we're sure to see more subscription-only titles hit the chart in the future.

In this article: applemusic, av, billboard, billboard200, chancetherapper, coloringbook, entertainment, exclusive, music, musicstreaming, streaming
All products recommended by Engadget are selected by our editorial team, independent of our parent company. Some of our stories include affiliate links. If you buy something through one of these links, we may earn an affiliate commission.