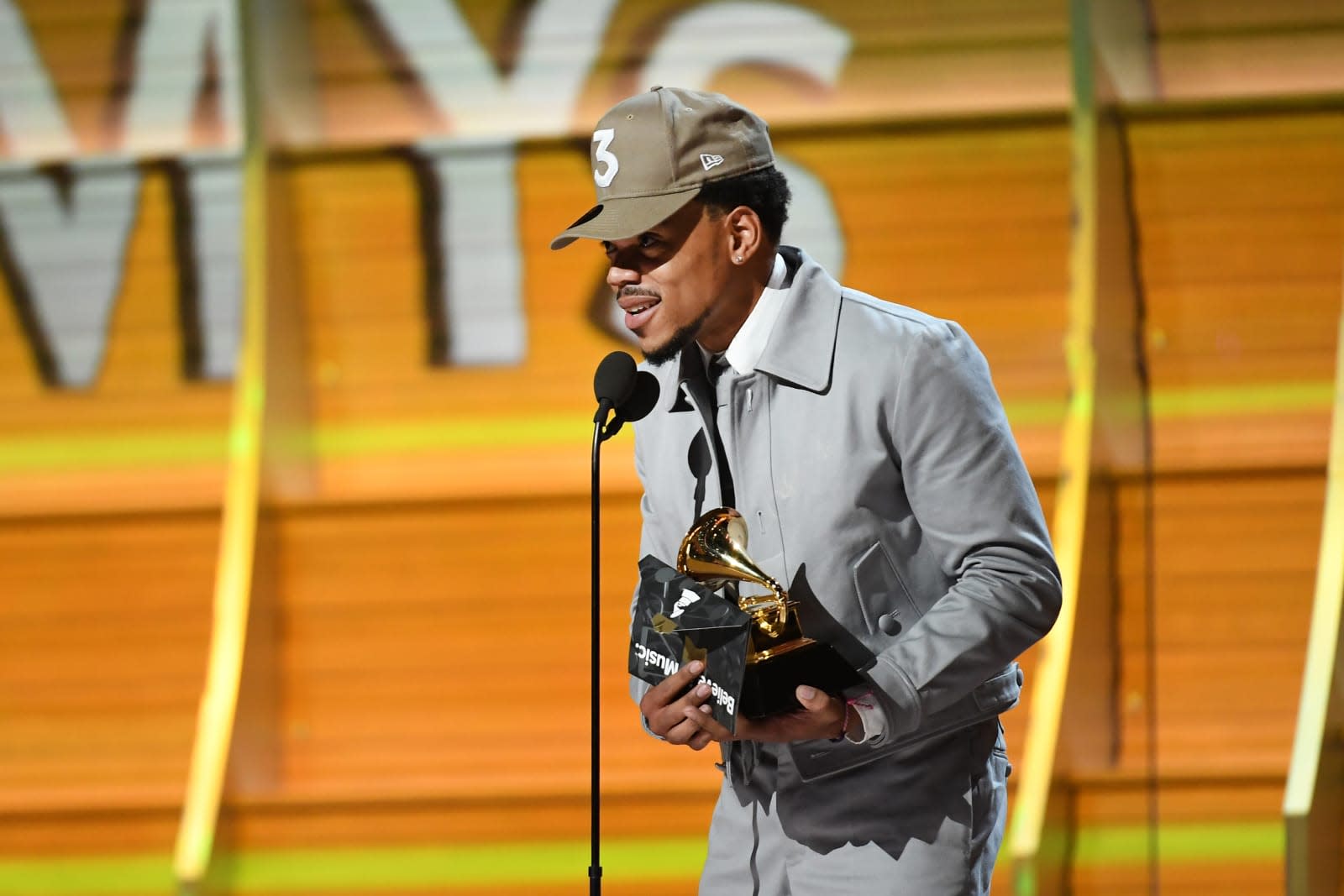 This year is the first time streaming-only albums were eligible to win at the Grammys and Chance the Rapper took full advantage. The hip hop artist won for Best Rap Album Sunday night, notching the first win for a collection of songs that weren't released as a physical album or sold digitally. Back in May, Coloring Book was the first streaming-only album to hit the Billboard 200 chart. Chance also took home Grammys for Best New Artist and Best Rap Performance for the song "No Problem."

A Grammy win is the latest accolade for music streaming. Just over a year ago, the Recording Industry Association of America (RIAA) announced that it would begin counting streaming towards an album's gold and platinum certification. The industry's governing body had already been considering an individual track's streaming stats for the Digital Single Award.

The popularity of streaming services continues to grow, so record labels and the music industry as a whole are grappling with how to best embrace the most popular form of music consumption -- at least in the US. Streaming surpassed downloads as the biggest money maker for the US music industry in 2015 after it beat out CD sales for the first time the year before. Of course, the two sides still have to work out a royalty system that's mutually beneficial.

In this article: av, chancetherapper, coloringbook, entertainment, grammyawards, grammys, music, streaming
All products recommended by Engadget are selected by our editorial team, independent of our parent company. Some of our stories include affiliate links. If you buy something through one of these links, we may earn an affiliate commission.