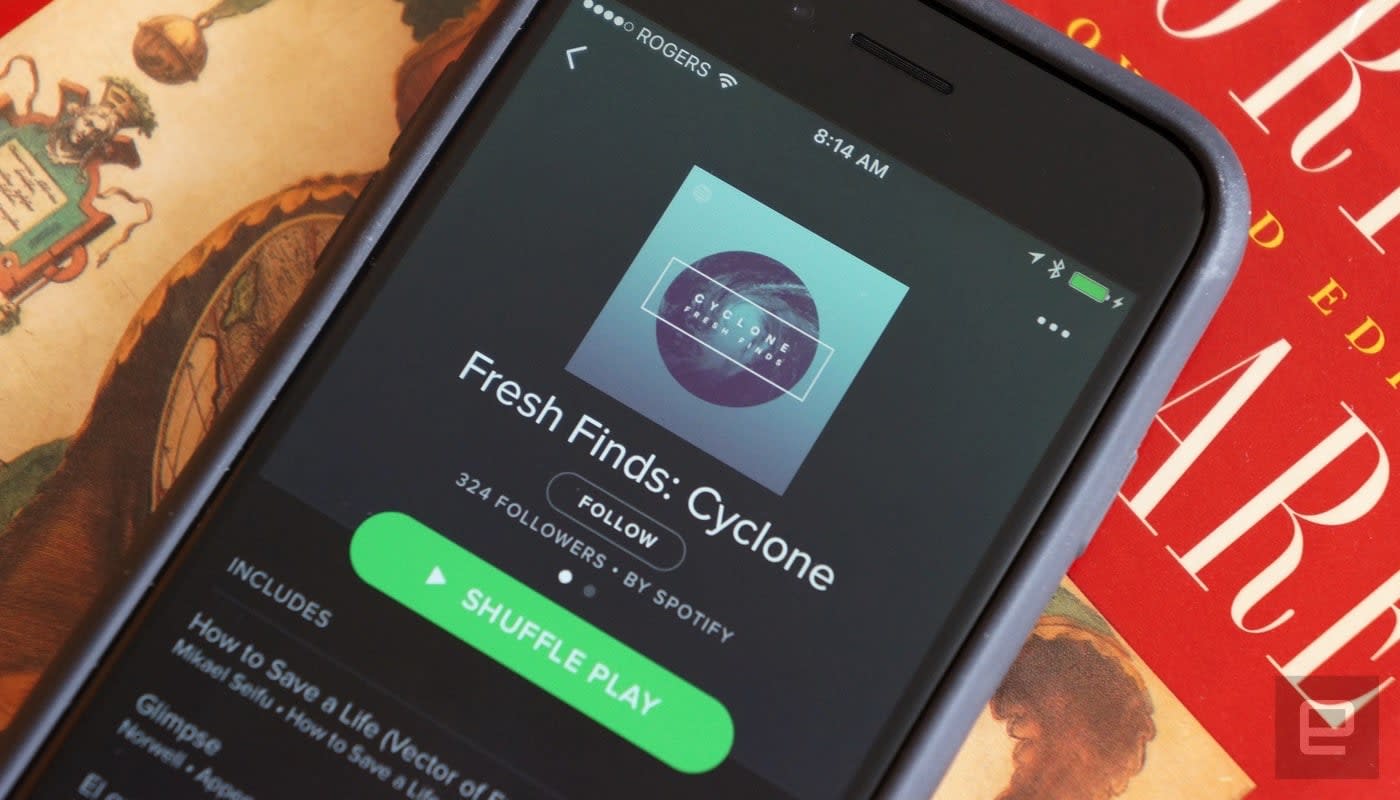 Spotify has come an agreement with NMPA (National Music Publishers Association) over unpaid royalties for music on the streaming service that didn't have copyright owner information. According to The Verge, the company will pay $21 million.

The money will be used to pay for "unmatched works" (songs that didn't have information about the copyright holder attached) that were streamed on Spotify. The settlement also makes it easier for owners of a song to identify themselves so they get the royalties owed to them.

The money will be spilt with $16 million being used to pay royalty fees to publishers and song writers. The remaining $5 million will be part of a bonus fund for songwriters and publishers that opt in to the settlement.

In a statement NMPA CEO David Israelite said, "I am thrilled that through this agreement both independent and major publishers and songwriters will be able to get what is owed to them. We must continue to push digital services to properly pay for the musical works that fuel their businesses and after much work together, we have found a way for Spotify to quickly get royalties to the right people."

Spotify pledged in 2015 to fix the royalty problem. It looks like at least this particular issue has been addressed.

In this article: business, entertainment, gear, internet, mobile, Music, NMPA, Royalties, services, Spotify, TL17RYLT
All products recommended by Engadget are selected by our editorial team, independent of our parent company. Some of our stories include affiliate links. If you buy something through one of these links, we may earn an affiliate commission.