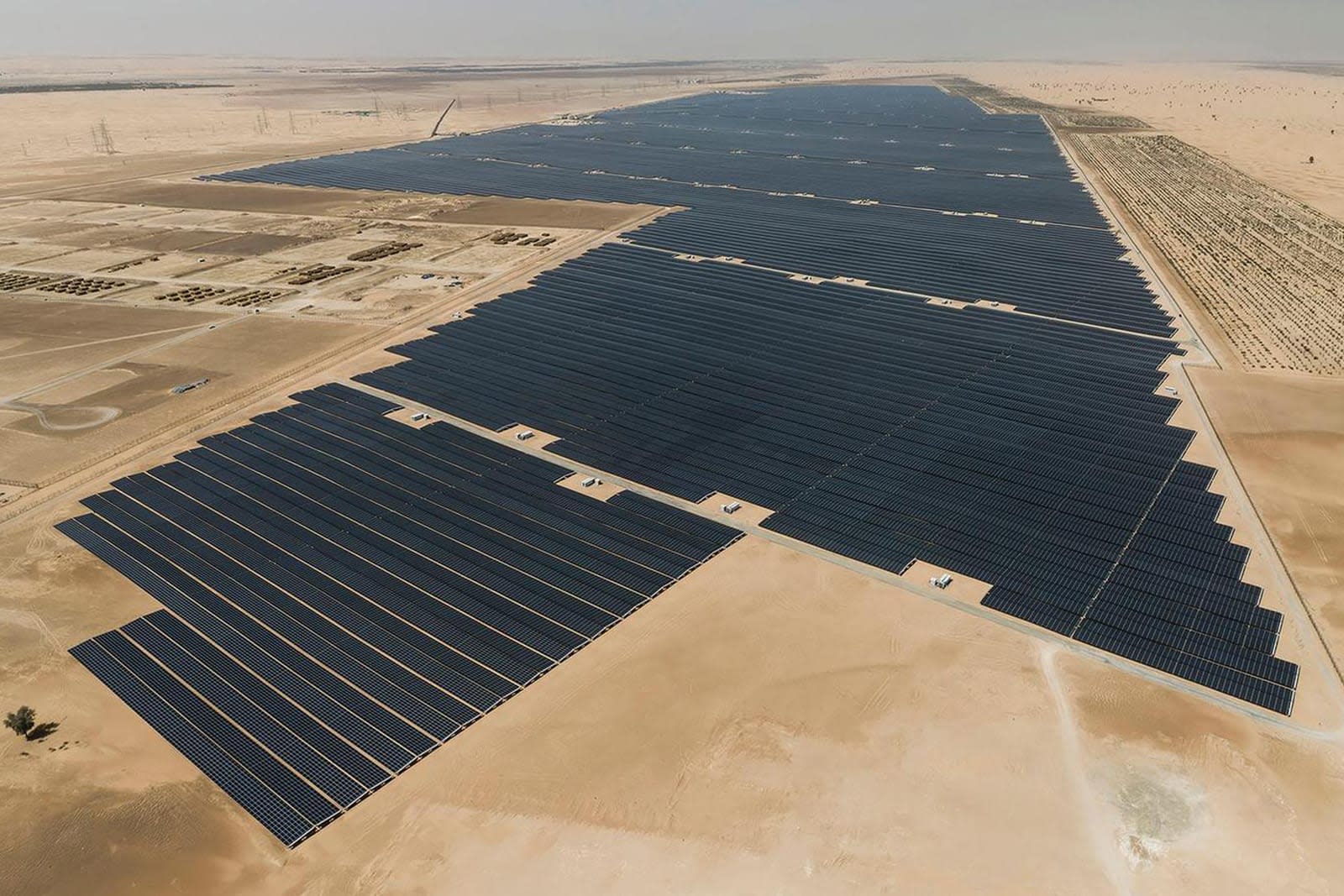 The United Arab Emirates might still be associated with oil money, but it just set a record for reducing its dependence on oil. The Emirate Water and Electricity Company has started running Noor Abu Dhabi, the largest individual solar power project in the world. At 1.18 gigawatts of peak capacity, it's only eclipsed by solar parks (where multiple projects share space) -- it makes the US' biggest facility, the 569MW Solar Star, seem modest by comparison.

Not surprisingly, Abu Dhabi is keen to tout the environmental benefits. It estimates that Noor Abu Dhabi's 3.2 million panels provide enough power for 90,000 people, and will lower CO2 emissions by 1 million metric tonnes (984,206 imperial tons). That's the equivalent of pulling 200,000 cars off the roads, according to the emirate.

It's hard to deny that the UAE is using the solar farm as a publicity tool. Although it should have a tangible effect on emissions, the reality is that the UAE is still heavily reliant on oil. It recently talked about cutting oil production to balance the market, not to shy away from fossil fuels. It remains an important development, though, and you can expect other record-setting solar projects before long. Emirates Water and Electric has early plans for a 2GW solar project, and Saudi Arabia has a basic agreement for 2.6GW of solar power in Mecca. The region is quickly becoming kinder to the planet, even if it's not ready to ditch its most prized resource just yet.

In this article: abu dhabi, electricity, energy, environment, gear, green, noor abu dhabi, solar, solar power, tomorrow, uae, united arab emirates
All products recommended by Engadget are selected by our editorial team, independent of our parent company. Some of our stories include affiliate links. If you buy something through one of these links, we may earn an affiliate commission.