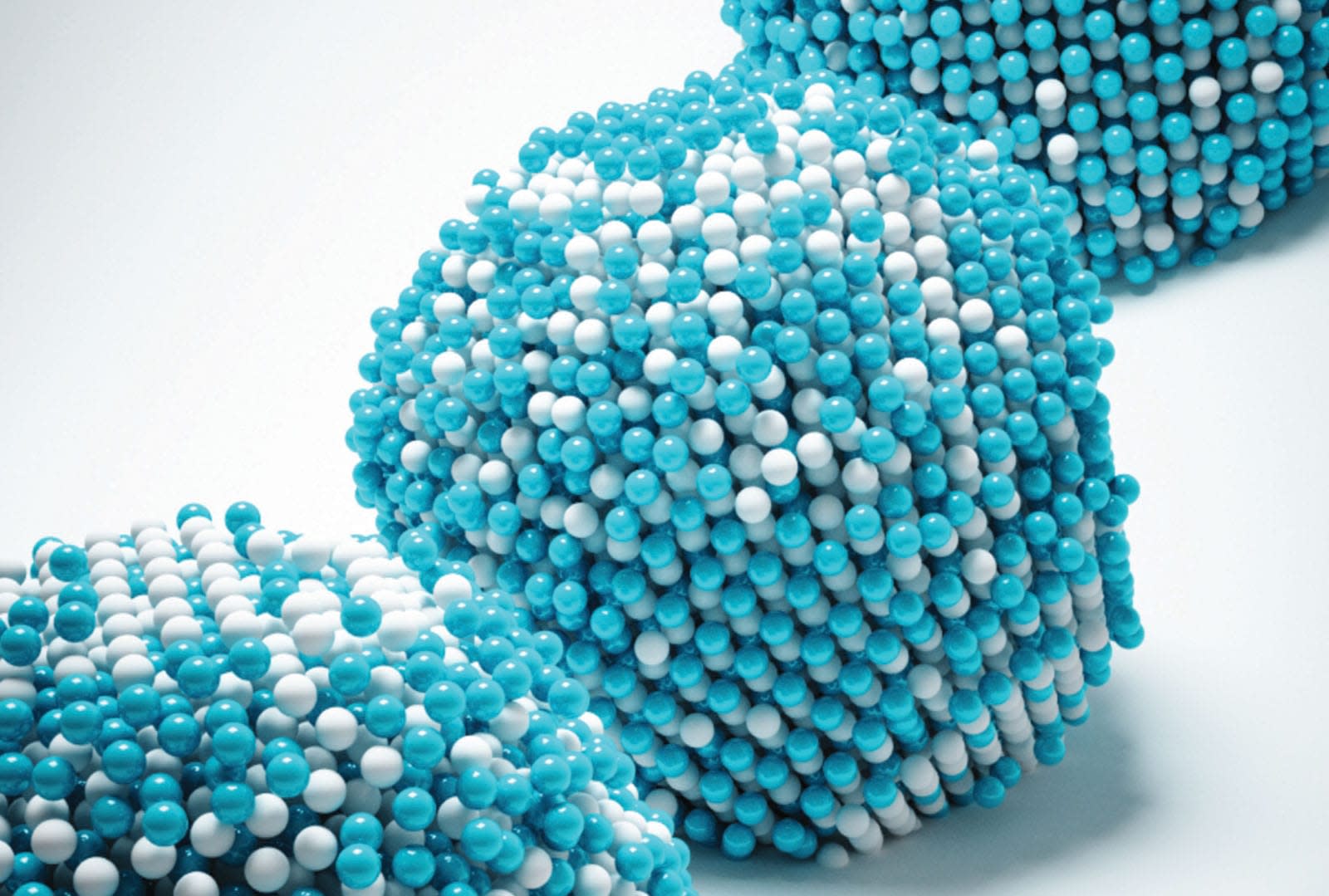 Long-held theories about how materials melt, freeze and evaporate may need to be tweaked thanks to some breakthrough research. A UCLA-led team of scientists have captured the 4D movement of atoms through time and 3D space as they changed states, reportedly for the first time. The results were surprising and contradicted classical theories about "nucleation," when atoms start to change from one form to another. The research may prove valuable for the creation and study of new materials, chemicals and biological processes.

Building on past research, the team used Berkeley Lab's latest 3D electron microscope to examine an iron-platinum alloy sliced into nanoparticles 1/10,000th the width of a human hair. Those were heated to 968 degrees Fahrenheit, causing them to pass from one solid state to another. 3D images were grabbed at 9, 16 and 26 minutes after heating while the sample was rotated in the microscope.

Using special algorithms, the team tracked the same 33 nuclei, just 13 atoms wide, located in a single nanoparticle. "People think it's difficult to find a needle in a haystack," said UCLA physics and astonomy professor Jianwei "John" Miao in a statement. "How difficult would it be to find the same atom in more than a trillion atoms at three different times?"

As expected, the alloy changed from a slightly random state to one where the platinum and iron atoms were more neatly aligned. However, the scientists noted that the nuclei formed irregular shapes rather than perfectly round ones predicted by long-existing theories. Furthermore, rather than having sharp borders as expected, the arrangement of atoms was more jumbled near the surface.

While those results might not sound exciting, it's the first that nucleation has been seen in action. "Nucleation is basically an unsolved problem in many fields," said co-author Peter Ercius. "Once you can image something, you can start to think about how to control it." That could lead to better, stronger materials and a deeper understanding of crucial chemical and biological reactions.

In this article: 4D, Atoms, cameras, ElectronMicroscope, gear, nucleation, statechange, STROBE, tomorrow, UCLA
All products recommended by Engadget are selected by our editorial team, independent of our parent company. Some of our stories include affiliate links. If you buy something through one of these links, we may earn an affiliate commission.