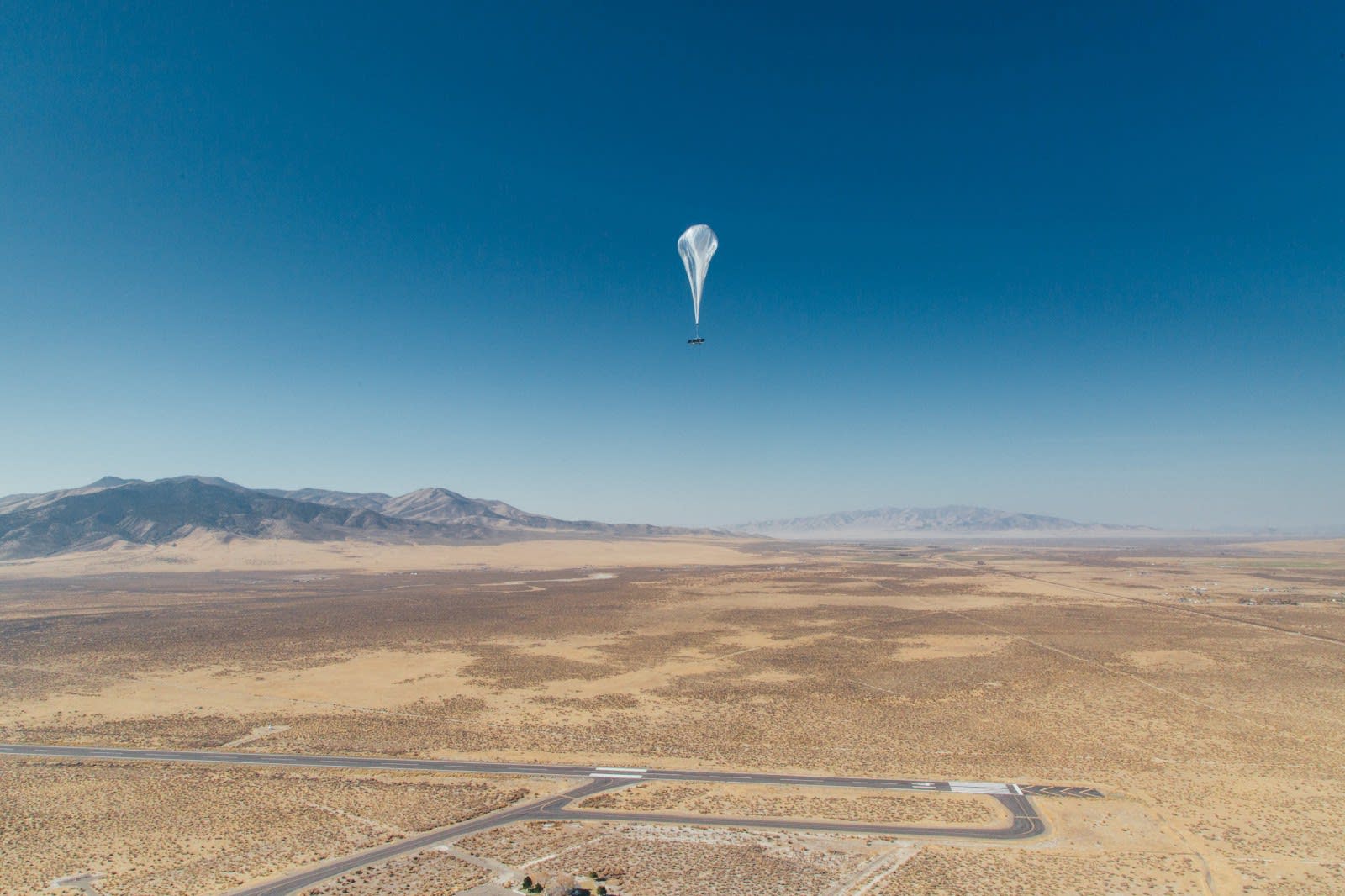 Alphabet's internet-delivering balloon service, Loon, expects to begin commercial service in Kenya sometime this year. The company just received approval from Kenyan officials to begin flying and testing over the country, and a Loon spokesperson said commercial service could be available in the coming months.

The balloons are en route and should arrive in Kenya in a matter of weeks. The company still has to conduct network integration testing and finalize documents. But when Loon is up and running, it will allow mountain villagers to buy 4G service from Telkom Kenya, the nation's third largest carrier. Captain Kibe, Director General of the Kenya Civil Aviation Authority, said he's been working on the approval for a couple years and is excited to see the tests happening in Kenya, the first country in Africa to partner with Loon.

But as Reuters reports, officials and wireless carriers in other countries have their doubts. Many want proof that Loon can provide reliable, safe and profitable service before they'll sign on. There are also concerns about the durability of Loon's balloons. The solar-powered balloons are dependent on the sun, but due to sun exposure, the plastic shells degrade and must be replaced in a matter of months. Users can also lose connections in high winds.

Still, Loon balloons have been put to the test. In Puerto Rico, they helped deliver internet to 100,000 people after Hurricane Maria struck, and they were recently deployed in Peru to provide emergency internet after a massive earthquake. One balloon just broke a Loon record for spending 223 days in the stratosphere. That balloon traveled from Puerto Rico to Peru, where the company pulled off a controlled landing. If Loon is to achieve its goal of expanding internet connectivity via balloons, it will need to continue proving its capability, and for that reason, there's a lot hinging on the upcoming Kenya tests.

In this article: 4g, alphabet, balloon, business, carriers, commercial, gear, internet, internet balloons, kenya, loon, service, spinoff, telkom kenya, test, testing, tomorrow
All products recommended by Engadget are selected by our editorial team, independent of our parent company. Some of our stories include affiliate links. If you buy something through one of these links, we may earn an affiliate commission.