Forget the ID Buzz, I want this.

At an event at its newly christened Innovation and Engineering Center California in Belmont, Volkswagen unveiled its Type 20 concept car that's essentially a 1962 Microbus with a lot of tech crammed inside and its engine swapped for a battery pack and electric motor.

Zelectric down in San Diego has been converting VW busses into EVs for years, but the Type 20 takes it to a whole other level. The EV powertrain conversion (which was handled by the team over at Electric GT) has a 10kWh battery pack that powers a motor capable of 120 horsepower and 173 foot-pounds of torque. To really drive home the free-living aesthetic of the Bus, VW also placed two electric skateboards into the trunk that are charged by the vehicle.

Meanwhile, the interior of the Microbus-turned-tech-showcase has been outfitted with a touchscreen infotainment system behind the wheel. It replaces an analog speedometer that at this point was probably broken. In the center of the dash, the automaker put a hologram of the logo. Mostly because it looks cool.

A facial recognition camera opens the door is actually really great for surfers (who love this vehicle more than some of their relatives) that don't want to get their fancy keyfob wet. While the unlocking is techy, the mechanisms for opening and closing the doors are still rooted in the vehicle's past.

Still, that didn't stop the company from changing other aspects of the design. The wheels (both steering and attached to rubber), are a joint venture between the automaker and Autodesk. The "generative design" that resembles a creepy orange spiderweb was created by the designers giving the AI a set of parameters (the sie of the wheel, where the lug nuts go, how much weight it needs to support and other bits of engineering info related to propulsion) and let the system go to town. 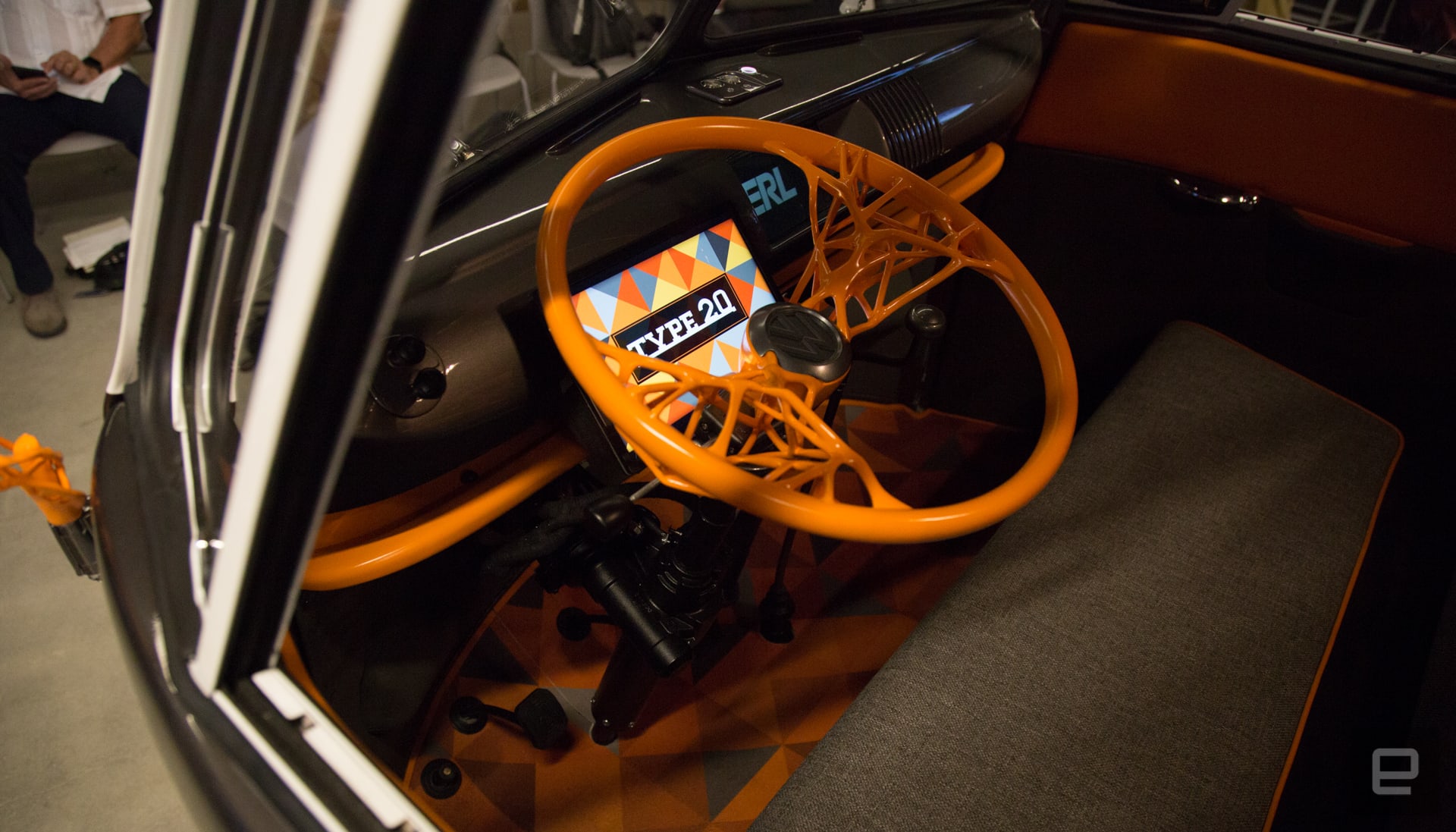 After looking at about 200 designs the team narrowed down to two. One for the front wheels and one for the back. Each built for the specific stresses that each wheel encounters.

The end result is an exciting mix of old-school design and cutting edge technology. Sure it doesn't drive itself, but this the type of car you pilot to beach or Burning Man.

All products recommended by Engadget are selected by our editorial team, independent of our parent company. Some of our stories include affiliate links. If you buy something through one of these links, we may earn an affiliate commission. All prices are correct at the time of publishing.
Volkswagen’s Type 20 electric concept merges old-school and new
1962
concept van
gear
microbus
tomorrow
transportation
type 20
volkswagen