To celebrate the 40th anniversary of the first Walkman sold (the TPS-L2, naturally), Sony is showing off the history of the portable music player in central Tokyo. It will run across the summer, through until September 1st, with writers and experts offering up interviews and talks on the iconic cassette (and CD) player series. Sony has assembled 230 different Walkmans laid out on a "Walkman Wall", and the whole thing shouldn't be hard to find -- a giant neon-yellow WM-F5 will lead the way.

While Sony wasn't the first to introduce magnetic cassette technology, the Walkman was the device that made it popular, packaging it in tiny, desirable hardware. Tapes, once bound to lounges and car stereos, could now be listened to on-the-go. The company went on to sell more than 50,000 in the first two months.

Eventually, the Walkman was unseated by the digital music revolution and Apple's iPod. By 2010, Sony had sold 200 million Walkmans.

If you were one of those 200 million owners, the custom Walkman section of the exhibition, with (as yet unnamed) artists who have designed their own Walkman. Sony says these items will be swapped out throughout the exhibition's run. If you want a more permanent reminder, a pop-up store inside is selling Walkman tees and other memorabilia. 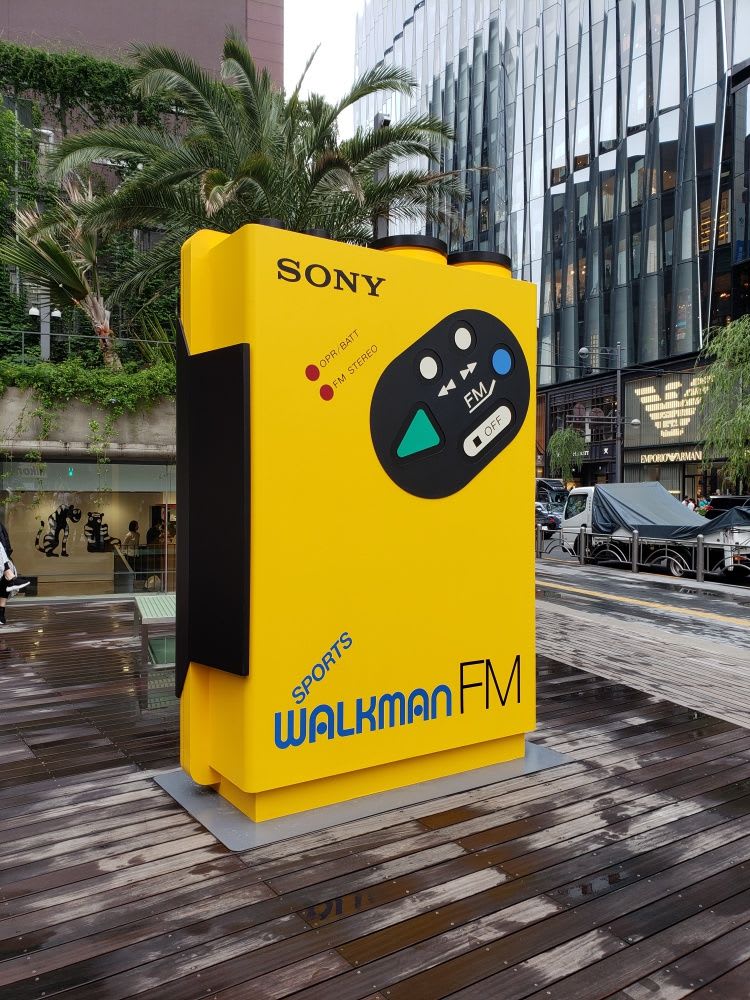 The rest of the exhibit features a timeline of the most iconic devices, with several out for attendees to listen to in person. (You remember how to play a cassette, right?)