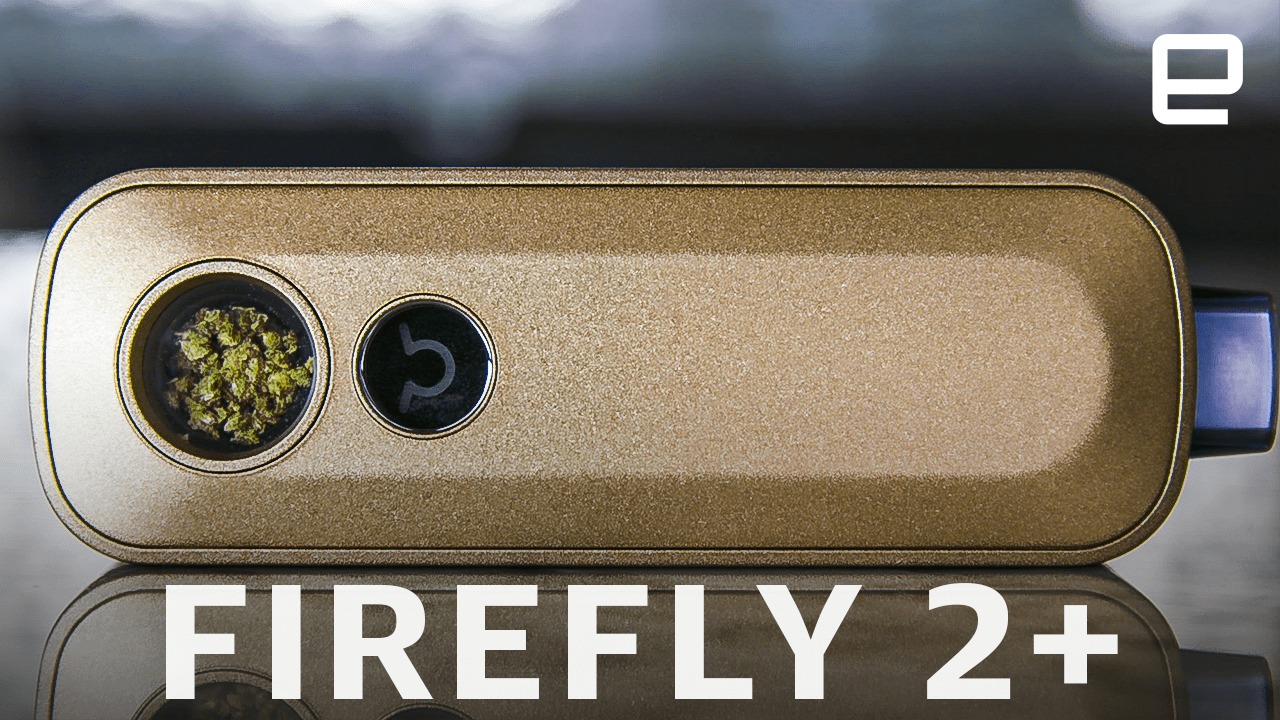 The Firefly 2 turned more than a few heads when it was released back in 2016. Lighter, sleeker and smarter than its clunky and cumbersome predecessor, it felt like the future of cannabis consumption. But in the following three years, the world turned. Today, pre-packaged concentrates and edibles are all the rage. Do dry herb vapes still have a place in today's cannabis market? The Firefly 2+ makes a compelling argument that yes, they do.

The Firefly 2+ is what that Firefly 2 should have been. At $250, the 2+ is $80 cheaper than the last model and only $50 more than its rival, the Pax 3. What's more, according to the company, the Plus boasts a 33 percent improvement in air flow. That's a huge improvement right off the bat given that drawing on the 2 was like inhaling through a coffee stirrer.

In terms of basic hardware, however, the 2 and 2+ are practically twins. The new model is just over five inches long, 1.5 inches wide and just under an inch tall. Its magnesium alloy chassis weighs just under 5 ounces so the Plus is small and light enough to carry in virtually any pocket, pouch or holster of your choosing. You've also got your choice of six colors including woodgrain.

Interestingly, the 2+ uses the same 770mAh Lithium Ion battery as its predecessor. However, the Plus also sports improved firmware that does a superior job of managing the unit's power usage and greatly improves the battery life between charges. So if you've got an old Firefly 2 lying around, you can scavenge its battery (ad charging cradle) to use in the new model.

As for how long you'll have between charges, that's tough to estimate. Power usage with convection heating vapes like the 2+ vary widely based on a variety of factors from how tightly you've packed the bowl. During my testing, I got around a half dozen bowls at 380 degrees out of it before having to set the unit back on its cradle. Luckily, the battery on the Plus charges ludicrously quickly: just under an hour for a full charge, up to 80 percent in around a half hour and enough for one quick bowl in under 15.

Unfortunately, despite the technological advancements of the new model, it's still just as much of a pain to load as the first Firefly. You pry off the magnetic cover, crumble roughly-shredded herb into the borosilicate glass bowl, dust off any errant bits of weed from the surface (as they'll interfere with the air flow if you don't), replace the cover and then press both touch capacitive buttons to engage the heater.

After a few draws, you'll have to open the cover back up, stir the weed around to expose more surface area (using whatever you have on you as the 2+ doesn't come with a poker, unlike the $160 Linx Gaia), replace the cover and repeat until the bowl is cashed. And god help you if you try to do any of this outdoors where there is wind. Cleaning it is fairly straightforward but be warned, you're going to be going through a bunch of alcohol wipes keeping this thing tidy.

In this article: cannabis, firefly, firefly 2plus, gadgetry, gadgets, Gaia, gear, hands-on, Linx, Pax3, Vaporizer, weed
All products recommended by Engadget are selected by our editorial team, independent of our parent company. Some of our stories include affiliate links. If you buy something through one of these links, we may earn an affiliate commission.