The word that Senior Editor Chris Velazco used to sum up his experience reviewing the iPad Pro 12.9 was "wow." While the ever popular tablet offers sleek hardware, an "absurdly fast" A12X Bionic chipset and a significantly improved Apple Pencil, it still lacks features on the software side that would have made it a realistic laptop replacement. Despite its speedy performance, Chris felt limited by iOS 12's abilities and continually needed work arounds to accomplish tasks that would have been simple on a laptop. While the iPad Pro 12.9 is an "impressive technical achievement," Chris ultimately wanted more from the software side and gave the tablet a solid, but not spectacular, score of 84. Users were actually more disappointed by iOS 12, awarding the device an average score of 78.

Across the board, people appreciated the hardware improvements featured in the iPad Pro 12.9: Tyler gave them a 10/10, Jan called them sublime and Ali said "the design is fantastic." Lori felt its dimensions were "refreshingly large" if a bit heavy, while Ali thought it "would be great if they reduced the size to 12.0 or 12.5" inches. The bezel was also a big hit; Bing Shaw said it "is all balance, no matter how you hold it" and Lori didn't miss the "forehead/chin areas like my old iPad had." 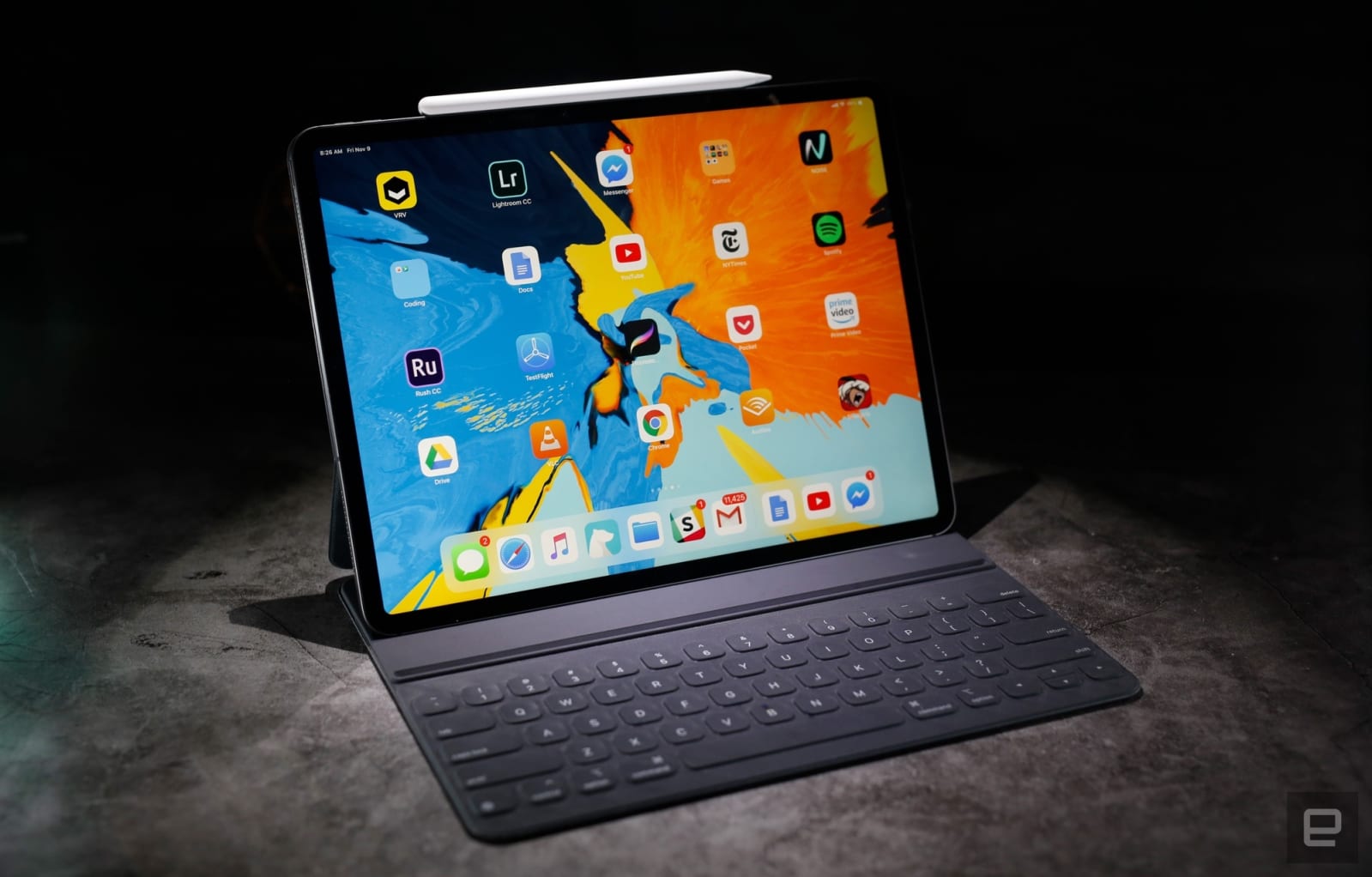 Also popular with users like Lori and Jan was the "great, big, bright sparkling screen," which Brent found was like "a massage for your eyes!" However, G said it was "extremely hard to keep clean. Unlike our smaller iPads, and iPhone XR and SE screens, the fingerprints don't come off with a few swipes of microfiber."

The A12X Bionic chipset didn't disappoint either. Warren said "for digital art, it becomes scary how easily it loads up large user files with no fuss and while having multiple apps running, something most pro laptops struggle with." Ed also said his iPad Pro 12.9 "runs very fast," which G echoed, including "256GB is plenty of storage for me, the battery life is awesome." 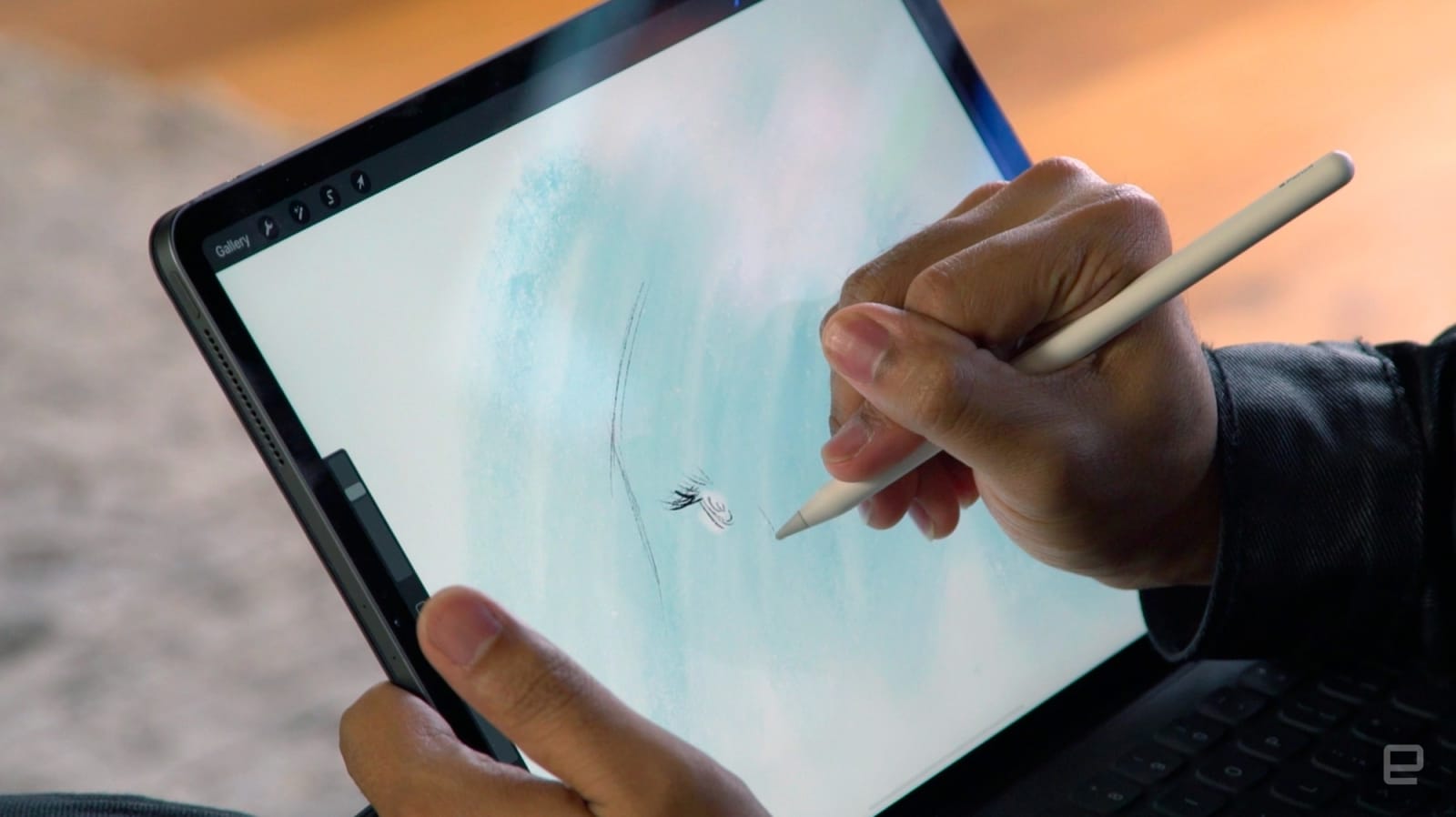 Speaking of which, users had mixed experiences with the battery life on the revamped tablet. Chris said games like Civilization VI really let "the processor and the battery life shine (much better than on a notebook)," and G was likewise pleased. However, Warren felt one of his biggest issues with the device was the battery life "which, while acceptable, usually lasts about ⅔ a day of general use." And Lori was "hoping the battery life would be better than it is" but supposes "that is the compromise for screen size."

The new, flat $130 Apple Pencil pleased most of the users who tried it. SheldonL said it was nice and Jan said it was amazing. Even better, Bing Shaw called it perfect and G said it worked great for them. While Michael told the Apple Pencil "you are great buddy," he still wanted a coarse nib on it to make the experience "feel like paper and not oil." He wasn't the only one: SheldonL said using the Pencil "still feels like writing on glass" and could use improvement, while Jan said navigation using the Pencil was "a PITA" and kept having to go back to using their fingers on the touchscreen. 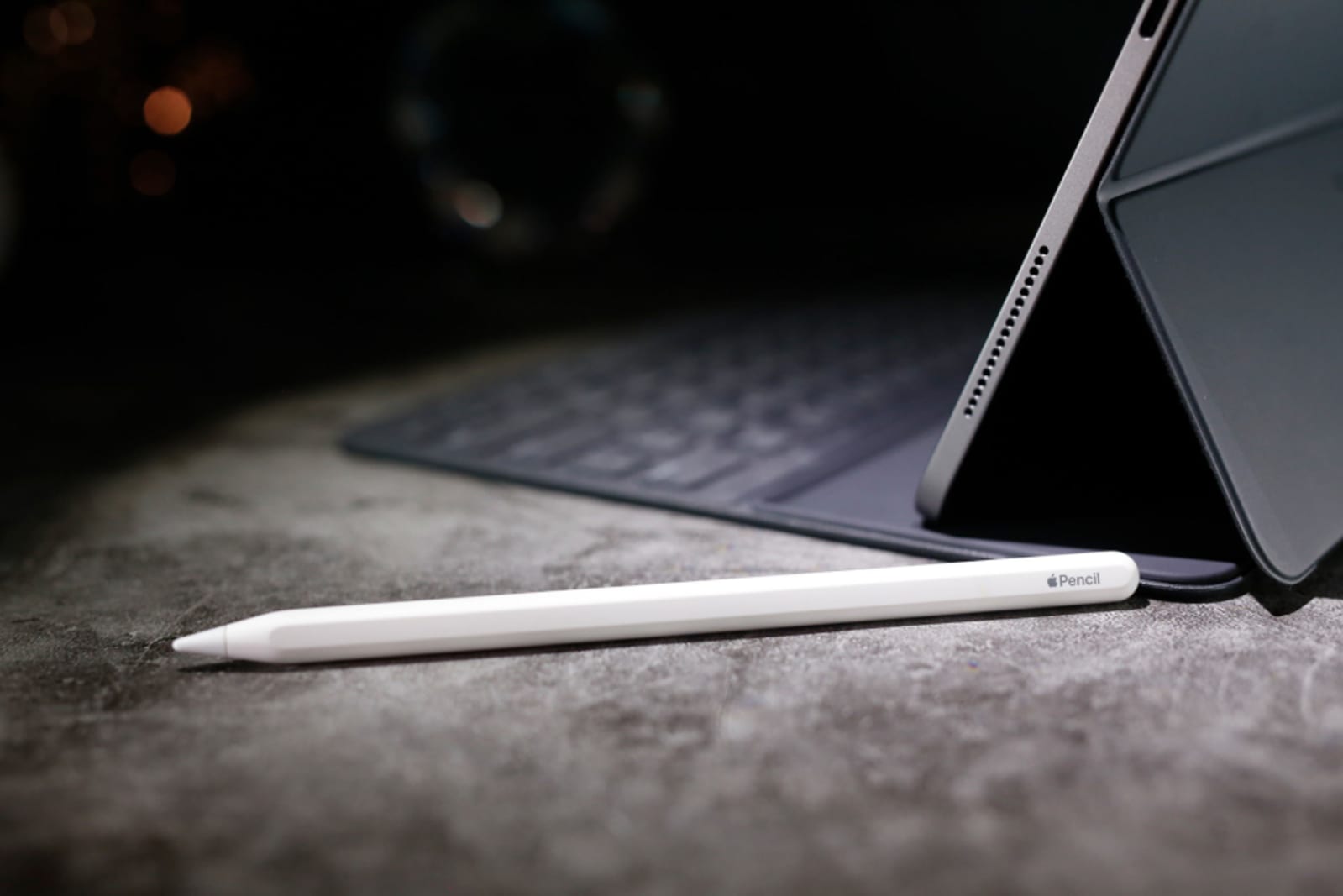 Much like Chris, user reviewers were let down by the software side of the iPad Pro 12.9: Ali and Roman found it limited and Ed referred to it as stale. Tyler gave it a 1/10 while Jan called it a let down and Victor said "the software still holds back the iPad Pro."

The most wanted features in iOS? Better file management, mouse/trackpad support and improved multitasking. Lex noted that "without a proper file system and mouse support some work tasks can be impossible to complete." SheldonL agreed, saying that "until it has proper file system management, file sharing, *mouse support* and the ability to hook an external monitor to it, it's still just an IPAD." 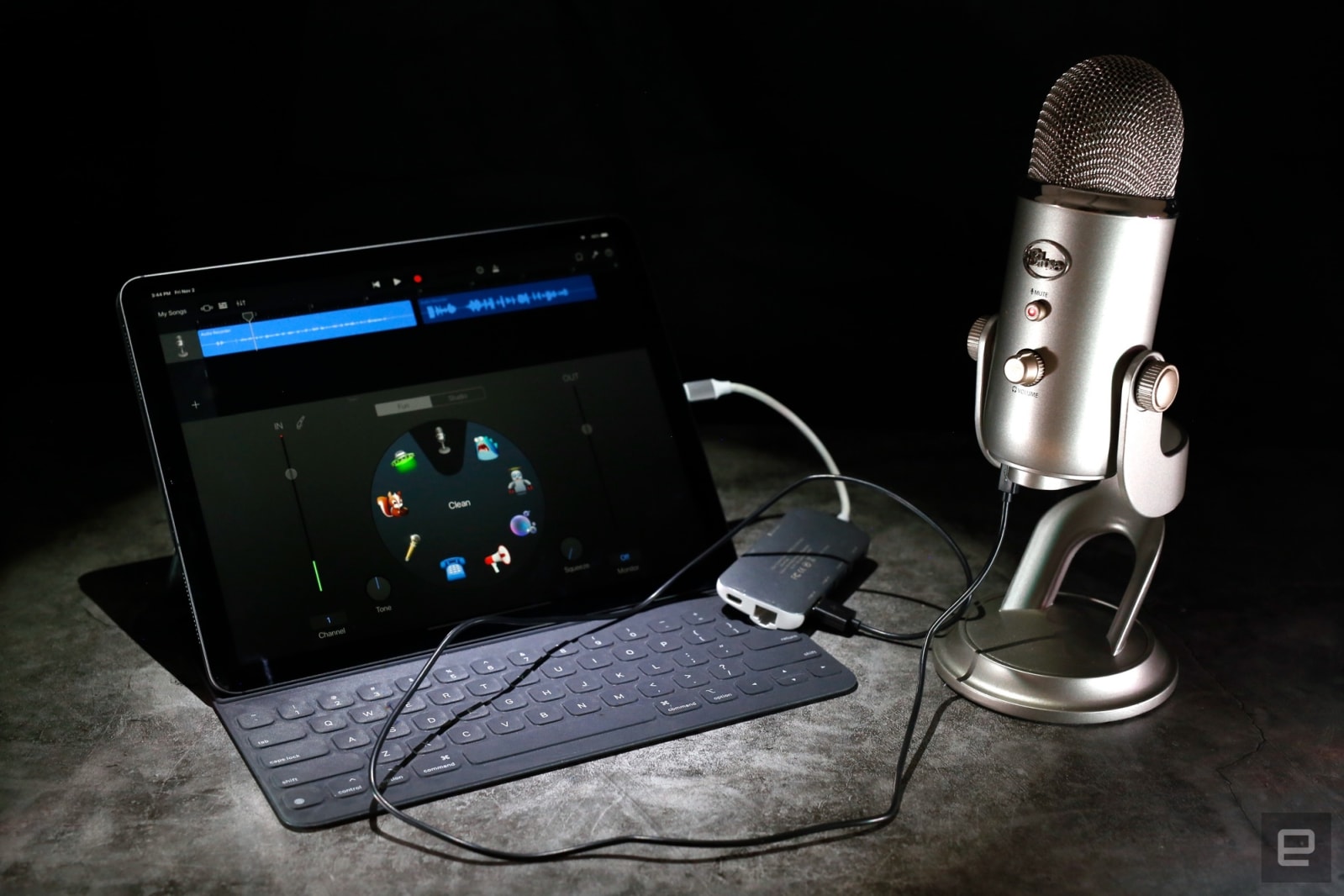 Victor opined that "this device is begging for better multi-tasking, mouse support, and extended USB-C docking capabilities." Jan feels "decent multitasking on such a screen is non-existent," and Ulysses concurred, saying "multitasking and what can be done with the USB is still limited."

In terms of using the iPad Pro 12.9 as the laptop replacement it aims to be, experiences varied (and were likely influenced by the kind of work users needed to do). Ken, for example, has nearly replaced his laptop with the tablet saying that "only time I use my laptop is to use them both together." Bing Shaw said "this baby is now my daily laptop, sketchbook, magazine and portable theater," while Joel uses the tablet for business use so extensively that he "doesn't bother with the laptop corporate gave me when I travel." 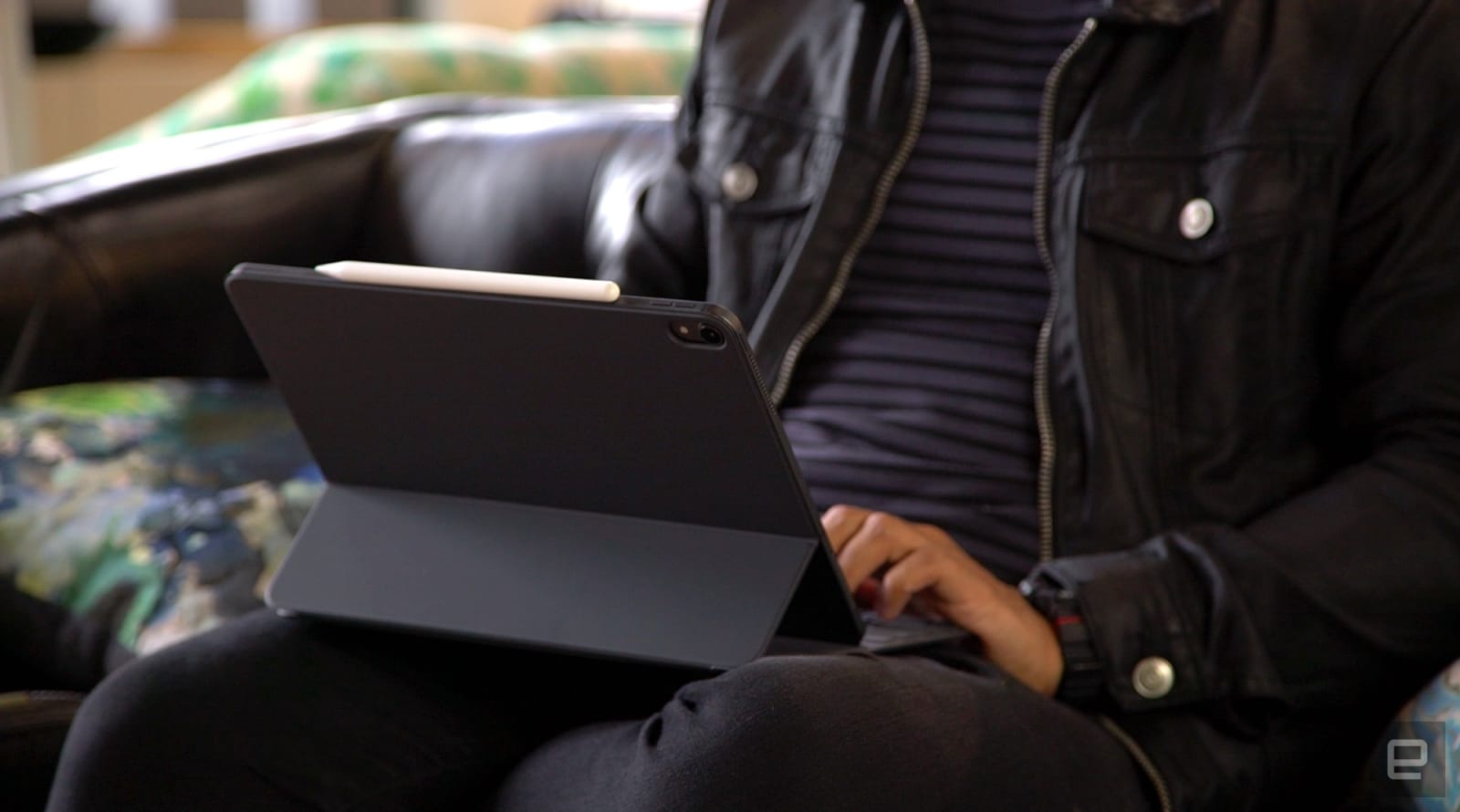 Michael has been "waiting years for an iPad to be the best combination of laptop and phone, and this one finally comes close enough." But SheldonL demurred, saying "there is very little 'ease of use' if you actually try to use it as a laptop" and "it's just an exercise in frustration and futility."

A few users even experienced some bugs using the tablet. Joel was "very frustrated about the screen -- every once in awhile it becomes non-responsive for 10-30 seconds." Alex had the same issue, saying their "biggest problem with the iPad Pro 12.9 256GB is that the screen often jams (stops responding to touch input)." 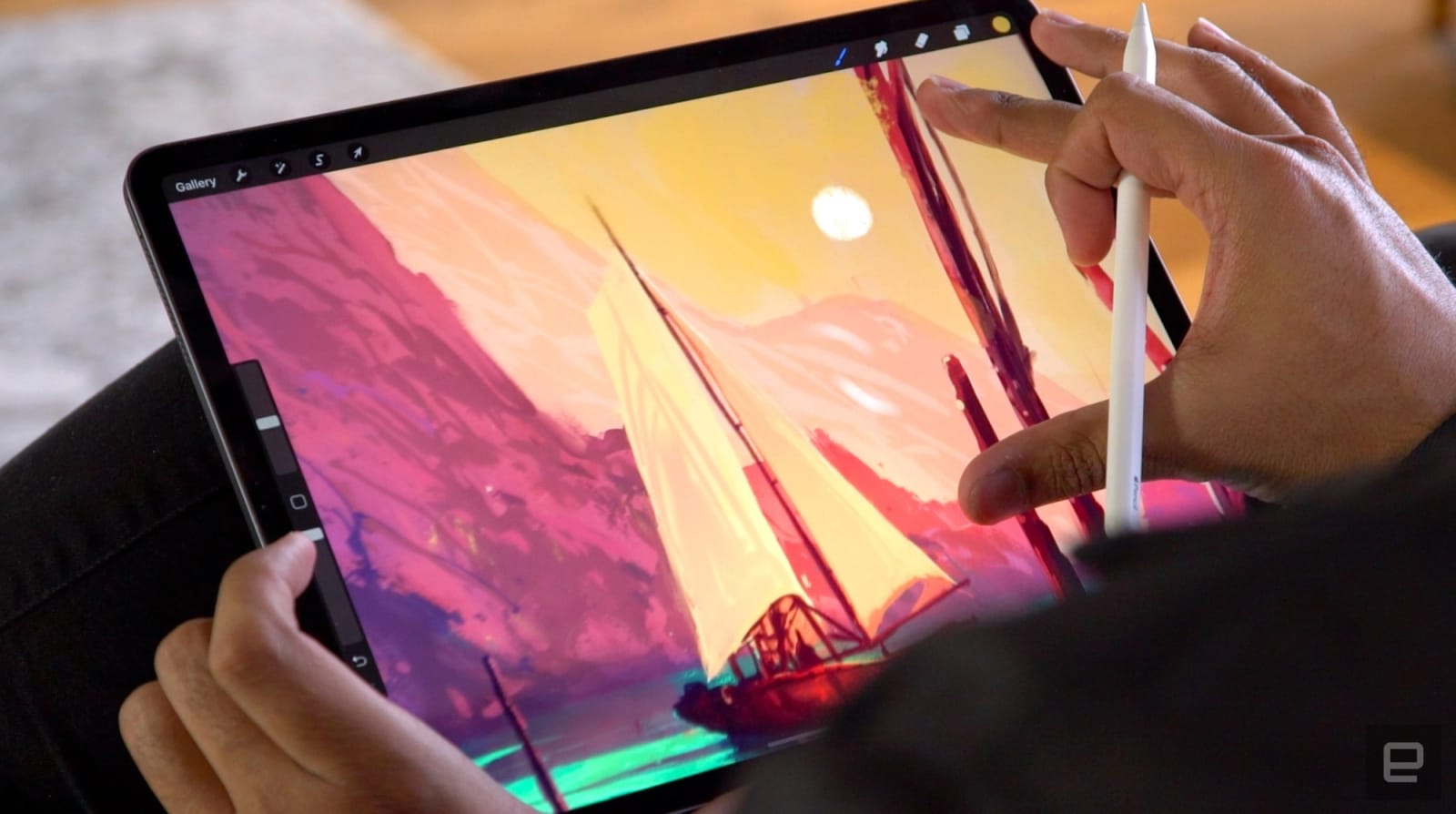 However, feelings about the tablet were largely positive despite its software drawbacks. Four reviewers (Joel, Devin, Michael, and Brent) professed to love their iPads. Roman, Andre, and Emulajavi all called it great and even SheldonL said it is "a good device that improves on the older version." Ulysses went so far as to call it "close to being the perfect device," and G said their iPad "has lived up to or exceeded all my expectations except for two." Bing Shaw said their iPad Pro 12.9 is "the ultimate iPad I have dreamed for since I owned my very first iPad 2!"