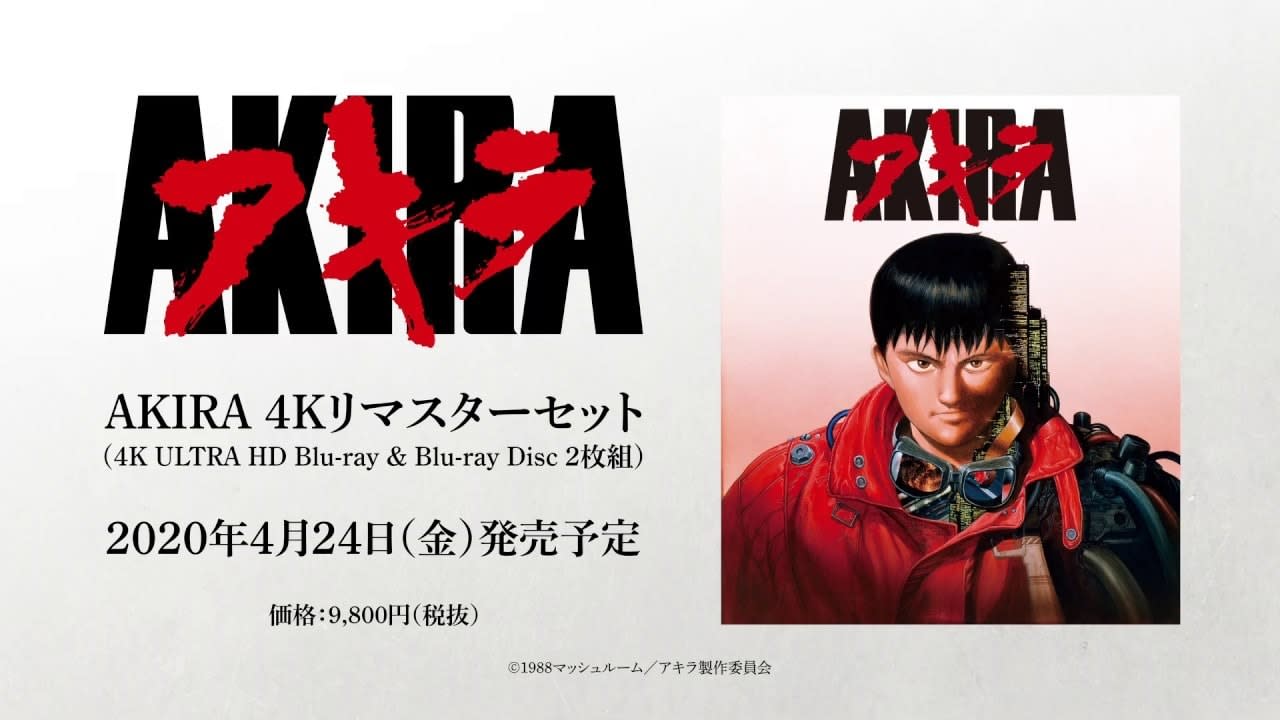 On Thursday at the Anime Expo in Los Angeles, director Katsuhiro Otomo was the center of several announcements. Sunrise Inc. is producing a new project based on Akira that is supposed to be a continuation of the classic series, although there weren't many details announced about it.

Before that appears, a new Akira 4K Remastered set will be released -- both in Japan and the US -- with a 4K and HDR conversion based on the 35mm master, complete with a 192Khz audio transfer using Dolby TrueHD. It's set to arrive in Japan on April 24th, 2020.

That wasn't the end of the reveal, however, as manga publisher Kodansha plans to release an Otomo: The Complete Works set, and Sunrise is teaming up with him on an all-new animated feature. Just his third after Akira (1992) and Steamboy (2004), the new project Orbital Era is an action adventure flick following young boys living in a space colony as it's being built.

In this article: 4K, Akira, anime, Anime Expo, av, Bandai Namco, entertainment, Katsuhiro Otomo, Sunrise
All products recommended by Engadget are selected by our editorial team, independent of our parent company. Some of our stories include affiliate links. If you buy something through one of these links, we may earn an affiliate commission.