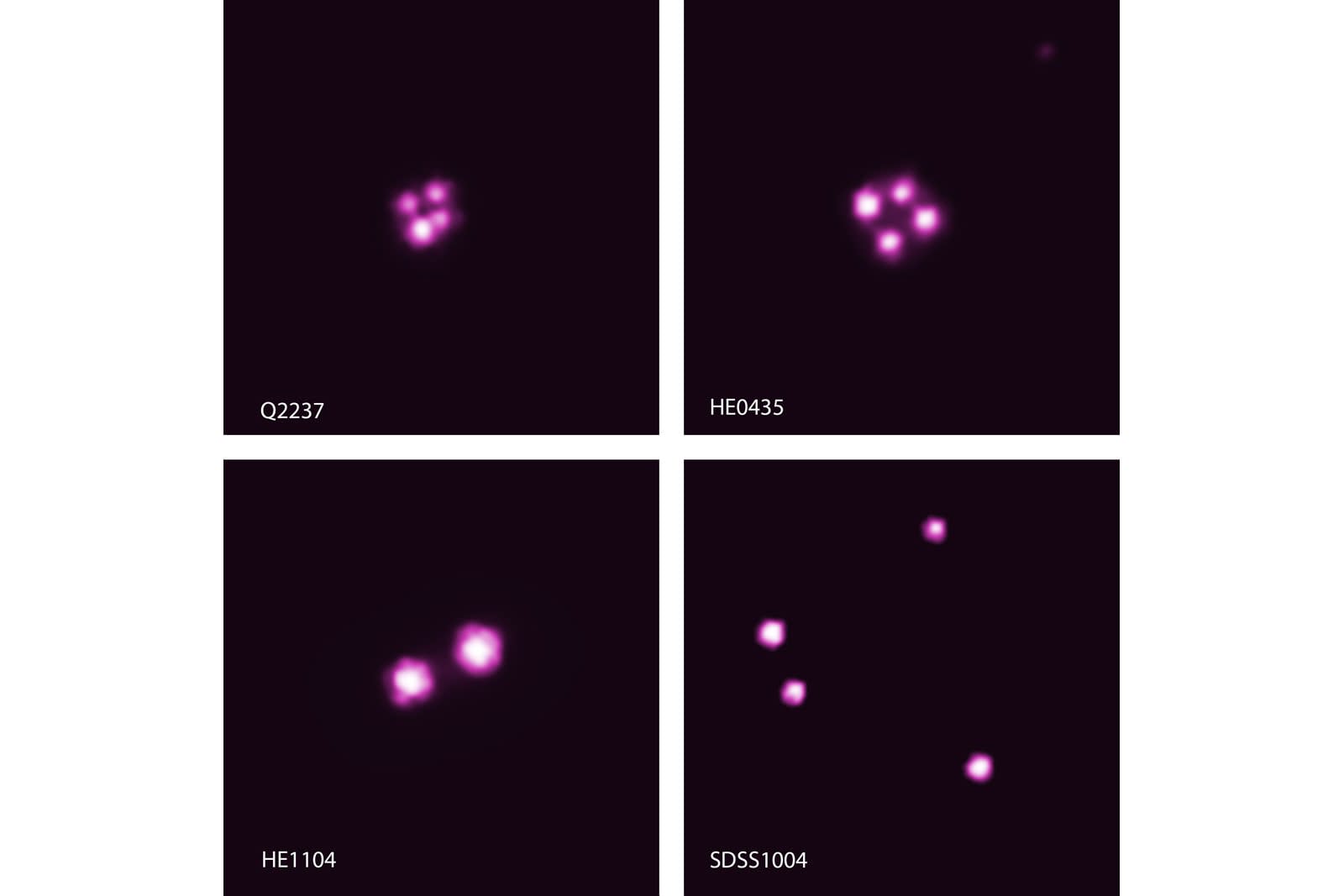 It can be tricky to measure the spin of a black hole, particularly when it's hard to see them, but astronomers have pulled off just such a feat. They've gauged the spins of five supermassive black holes through a combination of data from the Chandra X-ray Observatory and gravitational lensing, or the use of gravity from celestial bodies to magnify very distant objects.

The team used an in-between galaxy to get clear images of quasars consisting of the black holes, with Chandra offering a sharp-enough image to separate the multiple images that resulted from the lensing effect. From there, microlensing (in this case, magnification using individual stars from the galaxy) helped detect the spin in question. The smaller the region emitting X-rays, the more likely it is that a black hole is turning rapidly.

And in some cases, the holes are spinning at an extremely rapid pace. The hole in one quasar, Einstein Cross, was spinning about as fast as theoretically possible -- 70 percent the speed of light. The others were spinning at about half that rate.

You probably won't see many observations like this. Gravitational lensing by its nature requires an ideal alignment, and this particular observation was studying exceptionally distant quasars up to 10.9 billion light-years away. Still, these could provide significant insights into objects that are elusive by their very nature.

In this article: astronomy, black hole, chandra, Chandra x-ray observatory, gear, gravitational lensing, microlensing, nasa, quasar, science, space, x-ray, x-rays
All products recommended by Engadget are selected by our editorial team, independent of our parent company. Some of our stories include affiliate links. If you buy something through one of these links, we may earn an affiliate commission.